Audible, the world's largest seller and producer of downloadable audiobooks and other spoken word entertainment, today announced the release of Lewis Black: The Rant is Due, an original audio series hosted by Emmy and Grammy Award-winning comedian and political satirist Lewis Black in which the sharp-witted comic performs diatribes submitted by his fans. For the first time, these hilarious rants, performed in front of a live audience, are curated and produced as a weekly audio program. The first nine episodes in the comedy series are now available in the Audible app under Channels, and listeners can find additional information, the latest episodes, and propose their own Lewis Black rants, at Audible.com/lewisblack

"I could not be more thrilled that The Rant is Due has found a home at Audible," said Lewis Black. "A new audience will hear the rants of their fellow citizens, and my two cents as well. It will not change your life but it will be a lot of fun. And if it's not a lot of fun, it willpiss you off and that's a really good time in my book." 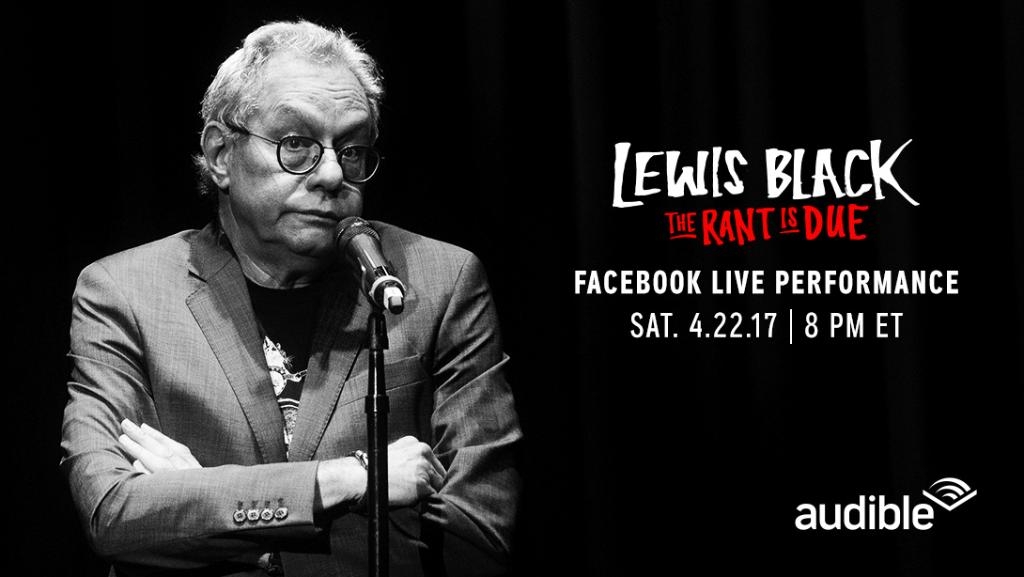