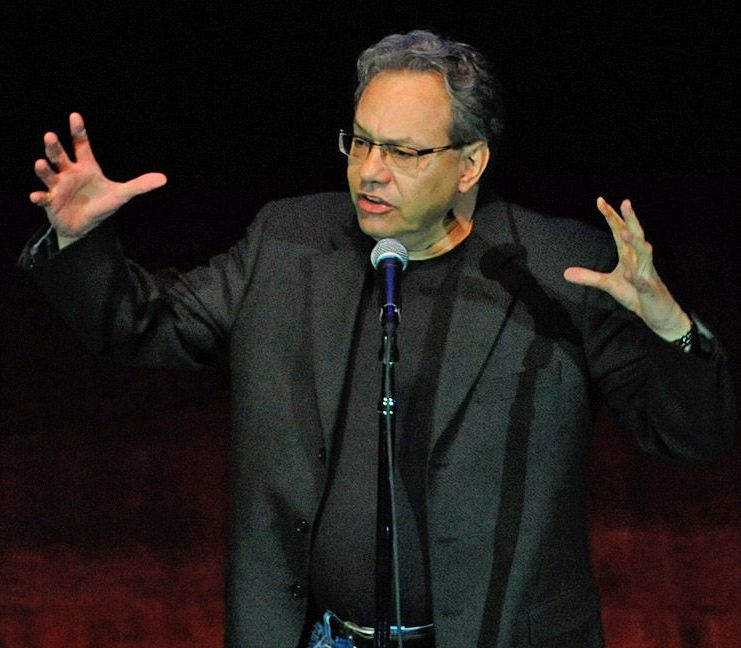 If you don't think [God] has a sense of humor," Lewis Black told the Weekly last month, "why did he create us?"

I can attest God created Black at least in part to keep us laughing-and to keep those jerks in government more accountable.

That much is clear from the Weekly's latest talk with Black, out now and titled, "The world's angriest comedian returns to Monterey, rage intact and ready to take on, well, everything."

It reminds me of one of the most rollicking interviews I've ever had the pleasure of completing, with anyone anytime.

It happened a few years back for the piece "Black is Back: Lewis Black brings rants, raves to Monterey."

Here appear some highlights from that conversation,in advance of his appearance at the Golden State Theatre tomorrow (Thursday, Feb. 5). GET TIX NOW!

Well, at least somebody's talking to us now. At least if I am getting f****d, I've got a soothing voice to go with it.

It's not really conscious, it's kinda based on instinct - and, basically, what pisses me off. If something pisses me off, generally that's where people find me funny: When I'm angry. Generally that's how I get to it. I guess you find it in serious places, or just reading. Did you know the Yankees are selling the seats for $2,500 a game?

On what scares him the most:

Maybe the most scary thing is that we don't seem to want to educate our children. Nobody seems to wanna pay for it. That's, to me, the freakiest thing of all. That's the whole key to everything. That's it: There's no discussion, there's no argument. I wanna talk about it with people. That's first, everything else is second. Everything lines up behind education! Everything! And the fact that my generation dropped the ball on it - 'cause I guess that my generation didn't want their kids to be smarter than them - is appalling, because in essence we were the last really well-educated generation. It's pathetic and then they expect to find the best people to teach if you don't pay a salary. Somehow teachers are Mother Teresa. They're not. Inspiring teachers are worth millions, you f***** morons.

Your concept of hope is when you're staying at the hotel and there's a breakfast buffet..."It's gonna be a good day - they got the sausage patties rather than the links."

On the index fingers:

Well, I had no idea the index finger is something I do when I improvise. It's literally just the way I talk. I was unconscious of 'em until people started doing it to me and then I turned to my friends - "What are they doing?" - and they say, "Well, you do that on the stage." "No, I don't" (laughs).

You know, I've been to a few places - I don't care who's in the audience. I do the same act. But I gotta be honest: In terms of the mood, I've never, from the time I started working, you know, about 15 years ago in San Diego and stuff, I never paid attention.

On what angers him most these days:

When [the government] came out and said, "Now we're going to get things done."

"Stop it!" Just come out and say we're not going to do anything. You know nothing's going to get accomplished. You know it doesn't matter whether something's accomplished or not. The other side is at fault too. You can't point fingers in this situation.

On his modern-day heroes:

The people who spend hour upon hour in a lab trying to come up with a cure for cystic fibrosis (Black is involved with the Cystic Fibrosis Foundation). They devote their lives to that. The people who rise above. I'm not even sure that I'd march because it's too cold out.

People ask me what's the best part about being in the position I'm in and I say, "being able to help." At least this way I can direct money to where I think it should be used.

He initially talked about himself as an entertainer. Then he started taking himself too seriously. It's a line you don't cross. Eventually those guys will hang themselves on their own language, which is why they're never feared.

I try to wear a certain pair of socks [on stage]. Those are my performance socks, so I have a bunch of them. And silk boxers if I can.

I got some laughs and I knew the Hebrew really well and we had a really good meal afterwards. I did make about $1,000, which at that time was good money.