ON BROADWAY AT THE MARQUIS THEATRE NYC 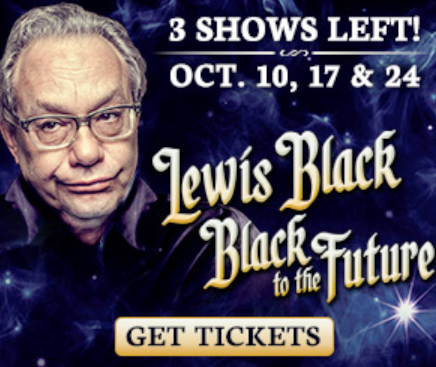 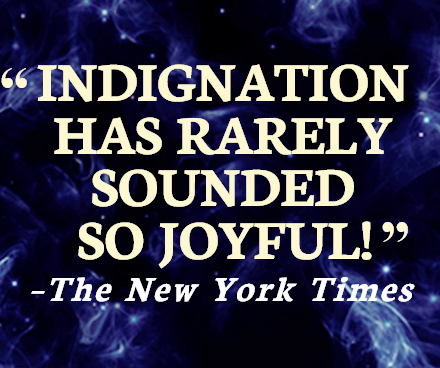 Known as the king of the rant, LEWIS BLACK uses his trademark style of comedic yelling and animated finger-pointing to skewer anything and anyone that gets under his skin. Just in time for the elections, he returns to one of Broadway's biggest stages this fall to pound Trump, Hillary and all those bozos who bowed out... and that's just for starters.

This is Black comedy at its best, what you've been waiting for all season long to finally shed light on this crazy, messed-up country we call home. And you better act quickly because you've only got six "Black-on-Black" Monday nights to catch it.

A Message from Lewis:

"I am going back to Broadway and I couldn't be happier. Nothing pleases me more than being able to walk to work, and I'll be just a few blocks from the magnificent Marquis Theatre where I'll be performing. As a playwright I always wantedto see my plays on Broadway; well, that didn't work out, but I am honored to be doing my stand-up there.

As much as I travel, performing in extraordinary venues, Broadway has always been my ultimate goal. There is nothing more exciting for me. I think I bring a bit extra to those performances because Broadway demands it. So if you've been wanting to come to New York, this just may be the time to take that trip.

I played Broadway just before the last election.
Well this past election year was as psychotic as anyone could imagine. I can't wait togo through it all with you and, because the shows are on Mondays rather than a straight run, I'll be able to keep theshow up to date. I can't wait to get mad about the madness. As someone once said, "You ain't seen nothing yet." Hope to see you there." ~ Lewis 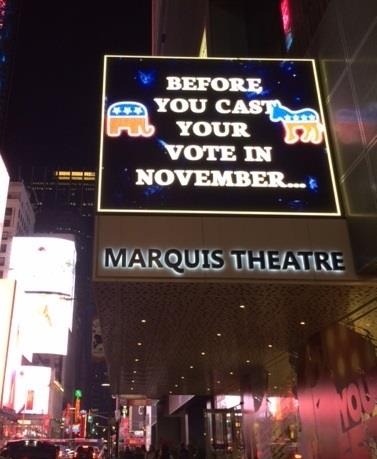 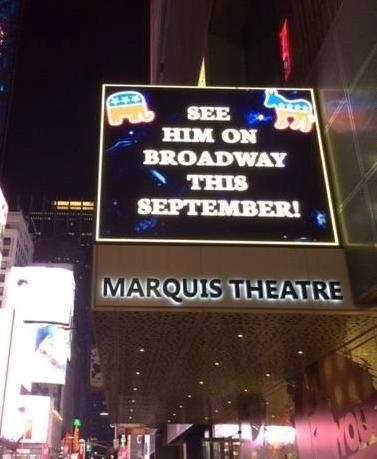 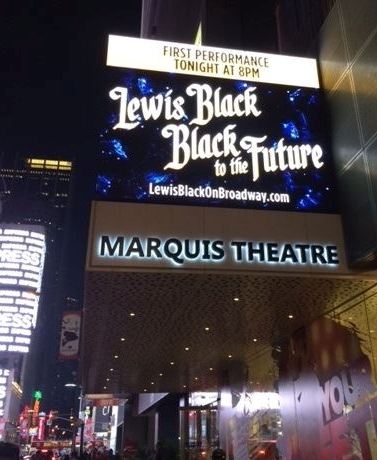 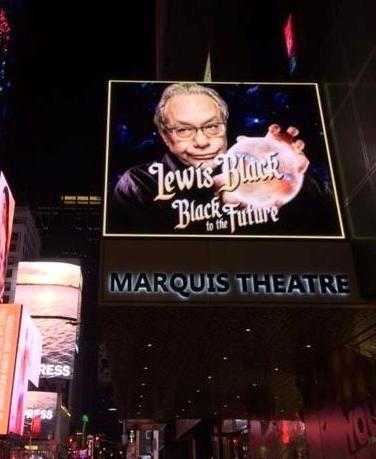