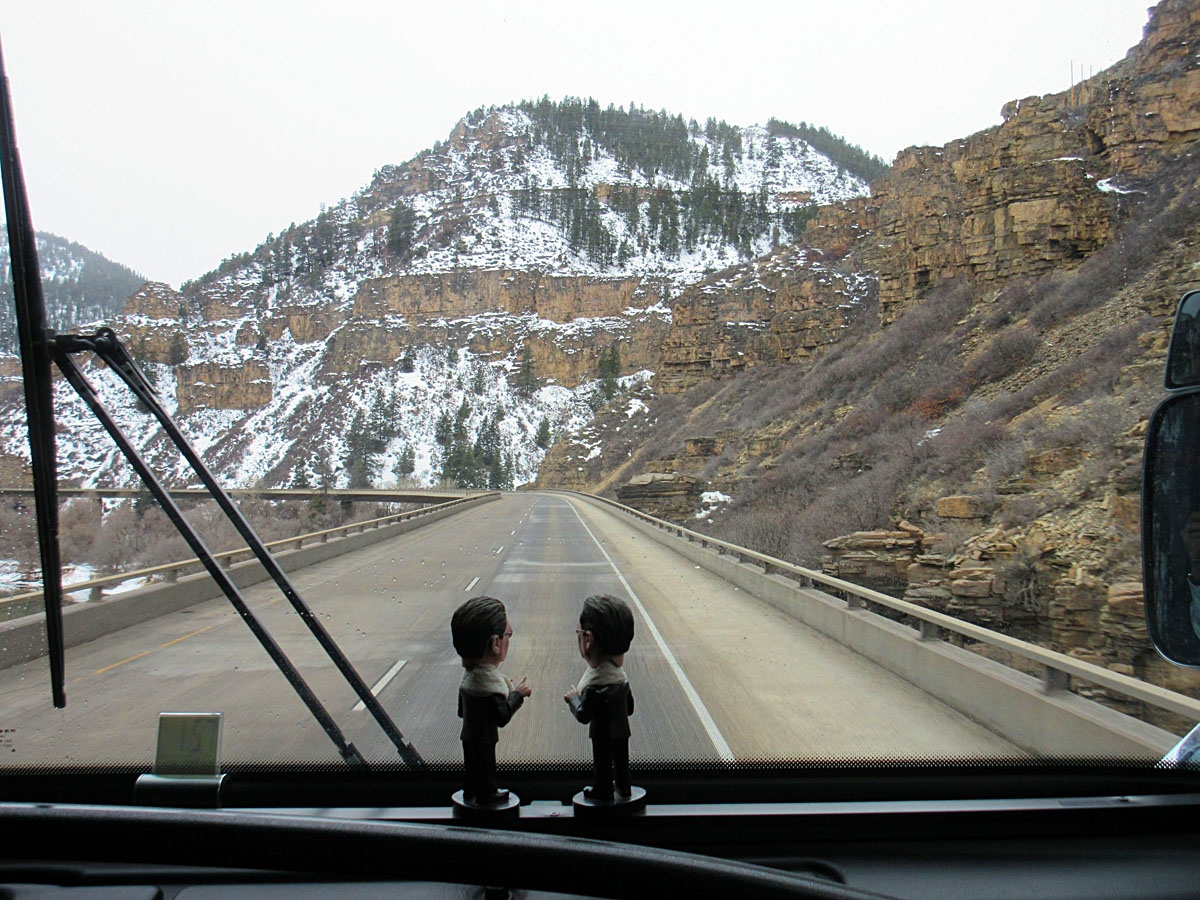 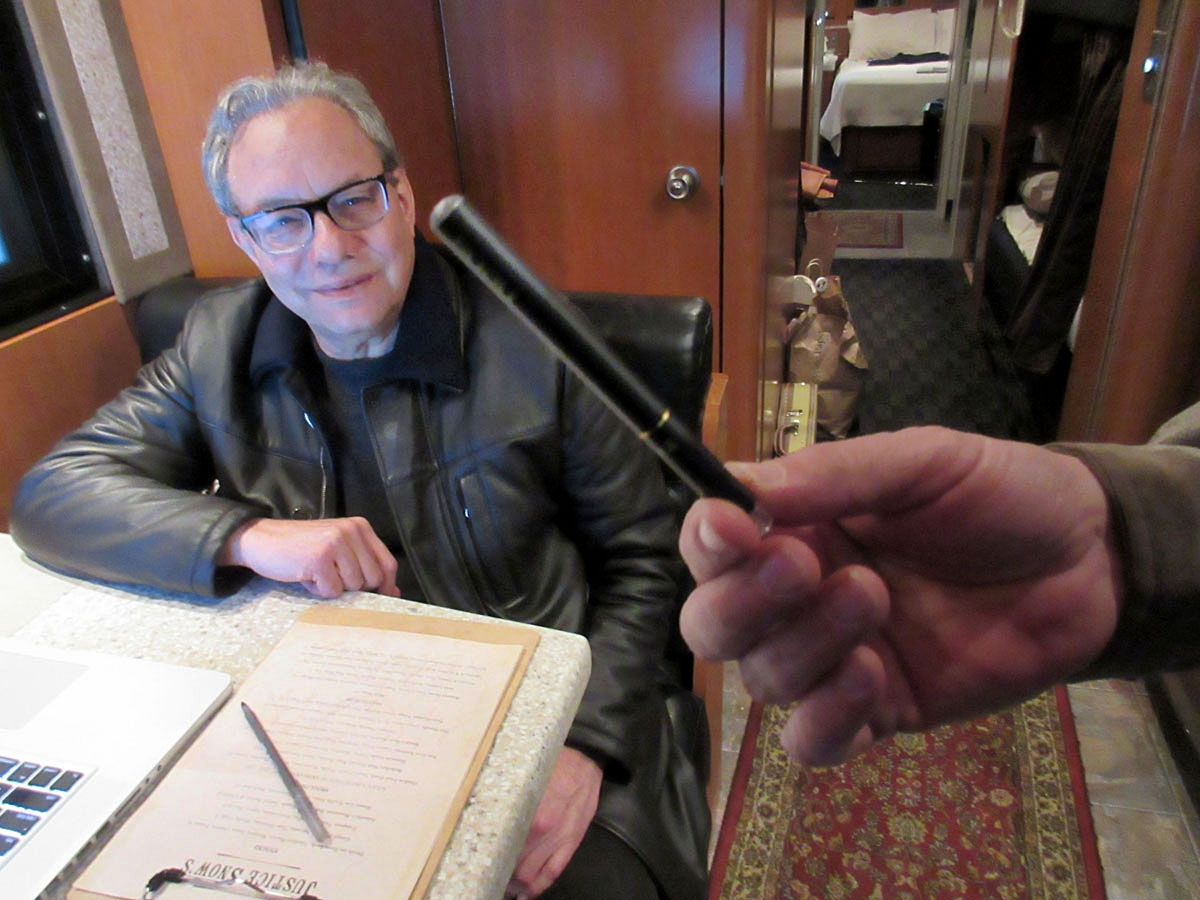 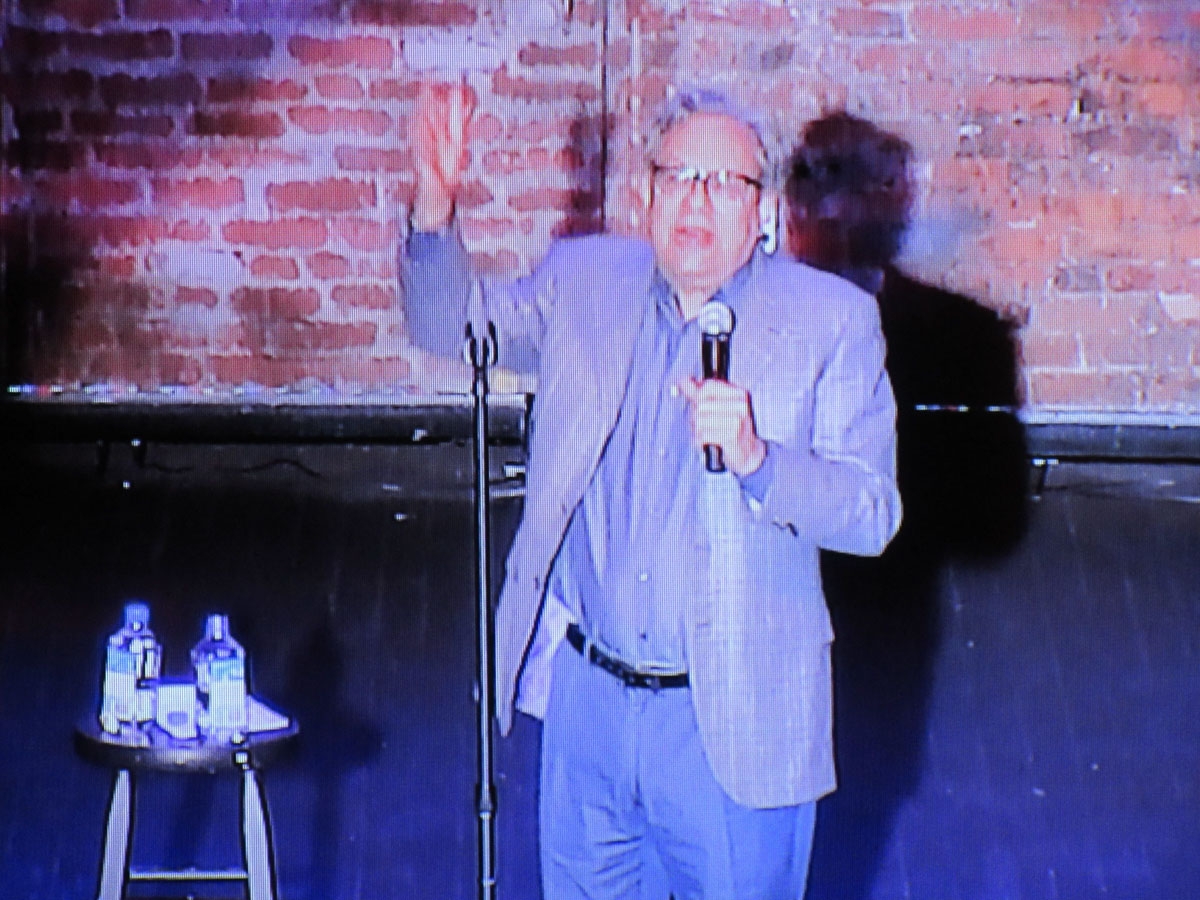 We made it to the Left Coast after leaving Colorado and altitude sickness behind last week, and now we're cruising south on the Interstate 5, bound for Thousand Oaks.

Last week, we climbed the snow-flecked mountains to Aspen, passing through Glenwood Springs where Doc Holliday is buried, then on to ski country.

For research purposes, John secured a curiosity at an Aspen pot shop: an E-Vape cigarette, a smokeless way of ingesting the ganja without creating a cloud.

That night, Lew delivered a sermon on the mount at the venerable Wheeler Opera House, converted from a turn-of-the-century bank building.

We met a former mayor of Aspen, a graduate of our alma mater Springbrook High, who moved to the town in 1978 and never looked back. She said Aspen is a very socially-conscious community that takes care of its citizens in need, so to speak.

That night, we plowed through a snow/rain storm to arrive at Beaver Creek, another picturesque ski resort, which gets a bad rap from the few snobs in Aspen who boast, "Beaver Creek only has millionaires-WE have billionaires."

Neither population discriminates against comedy, judging from the reception Lewis and John got in both theaters.

We hit a blizzard on the way back to Denver that night, but it wasn't enough to cancel any of our flights home. 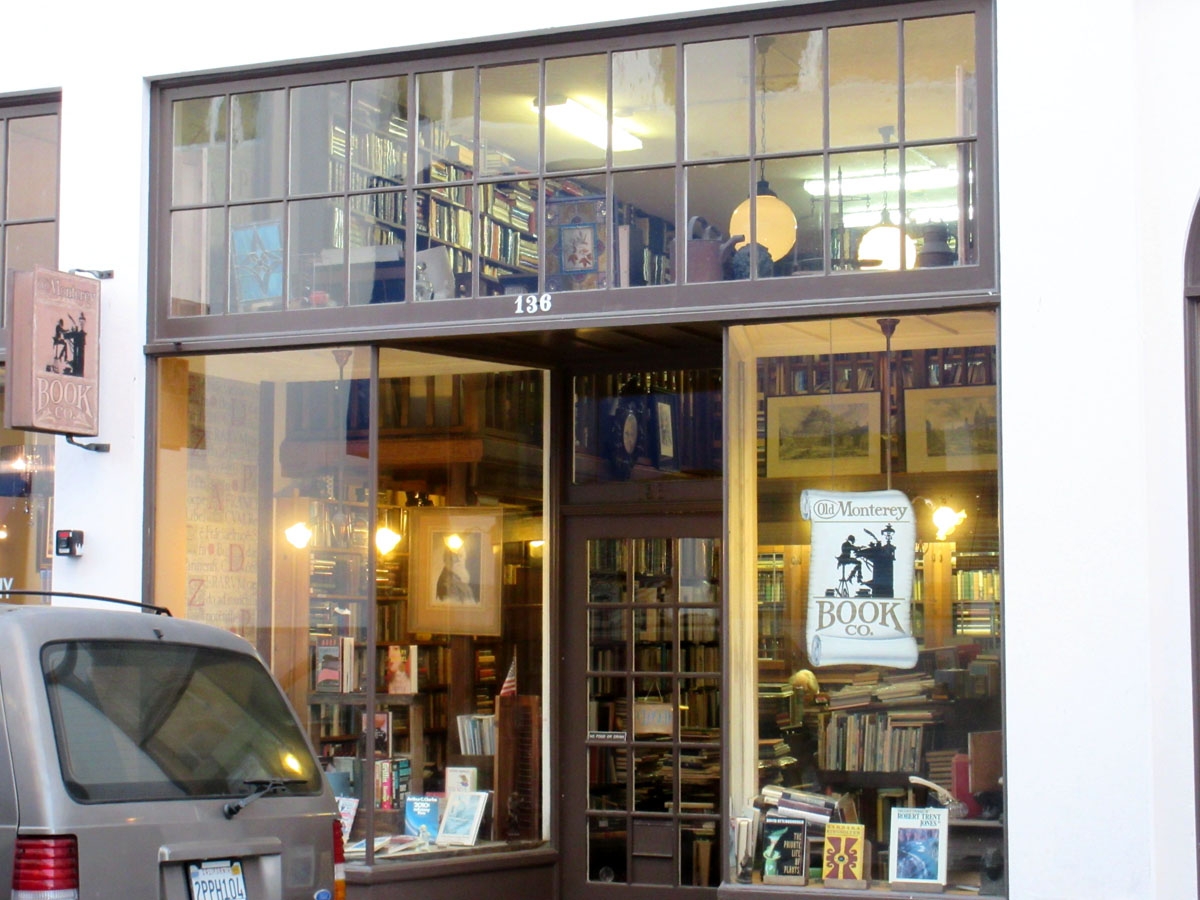 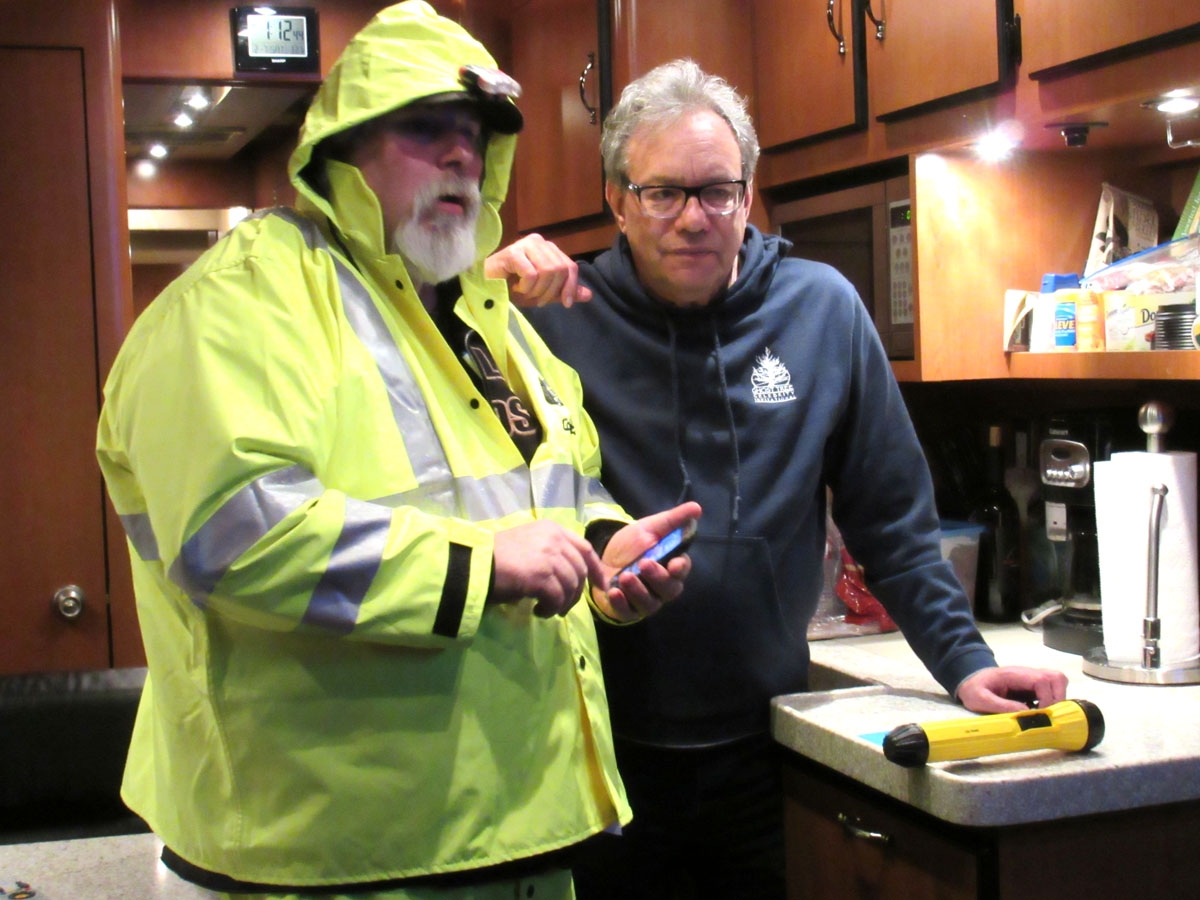 So this weekend, we converged in Monterey, a quaint and storied little town. Naturally, I found a cool little book shop and got yet another collection of three Walker Percy's novels (you can never have too many).

And Lewis gave me a beautiful book on Hunter S. Thompson for my Birthday Month present.

Right after the show, we hauled down to Nevada and an overnight trip to Lake Tahoe.

I never saw the lake.

I spent much of the day doing inventory in the trailer.

Too bad-Mark Twain loved the place. He wanted to start a lumber business there during his mid-century stay out west, but it never got off the ground, especially after he let his campfire go and burned a good portion of the surrounding forest to ashes.

Lewis and John ignited their own brand of fire at the Montbleu Resorts Casino, a quick shot with no intermission so we could pull out fast and hit the treacherous mount pass early as possible.

Alas, the pass was closed.

We waited about half an hour, until a California highway (CalTrans) official gave us the all-clear. Turns out, he's a big Lewis Black fan, and came aboard for a meet-and-greet before we got underway to San Francisco.

I didn't get much sleep-instead, I tuned into VH1's "Saturday Night Live" marathon, especially since they were into the Norm MacDonald years.

Checked into the luxury Fairmont Hotel, where I had to call security on a woman next door, who kept me awake for two hours with a 5,000-decibel phone conversation. Good times. Good times.

Great view of the city from my window, though, with the Coit Tower in the distance. (The same view Rock Hudson and Susan Saint James had from their townhouse on "McMillan and Wife.") 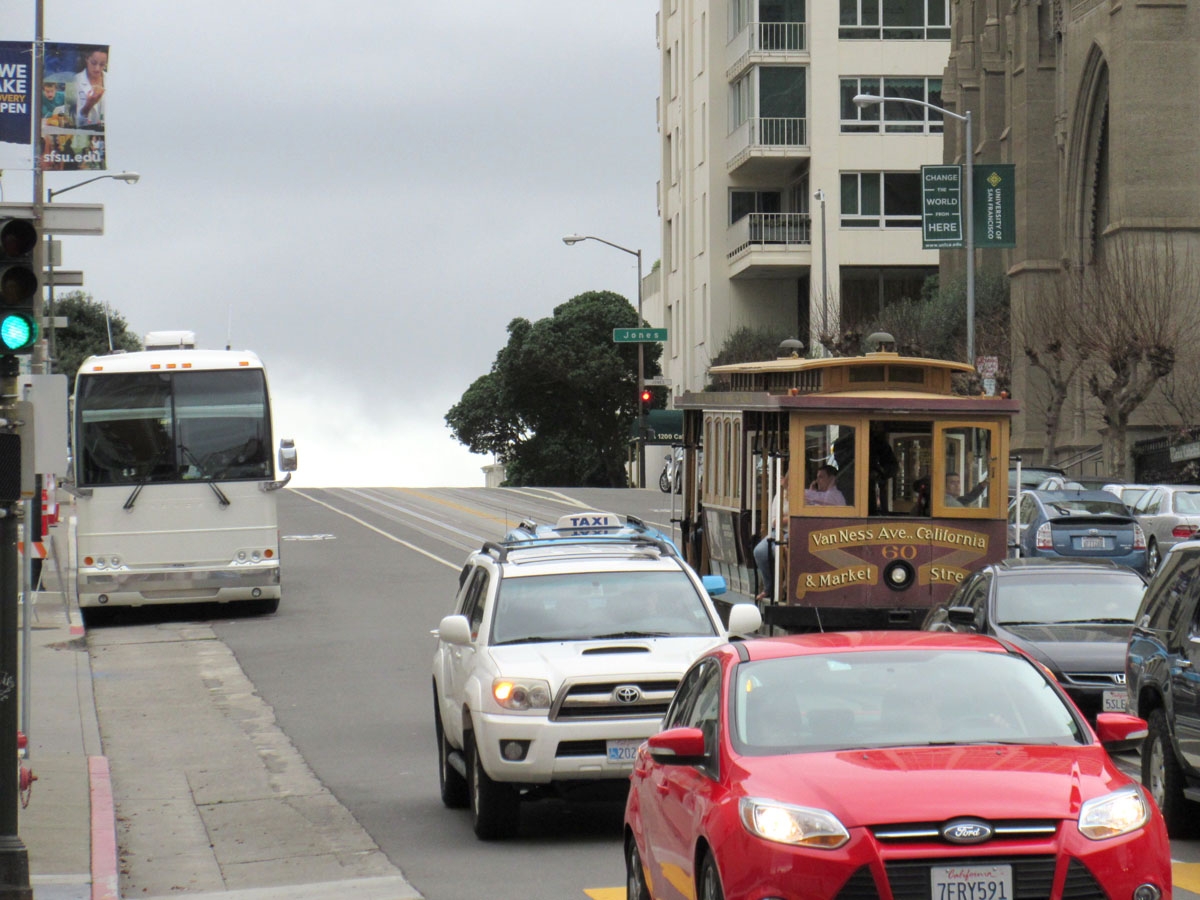 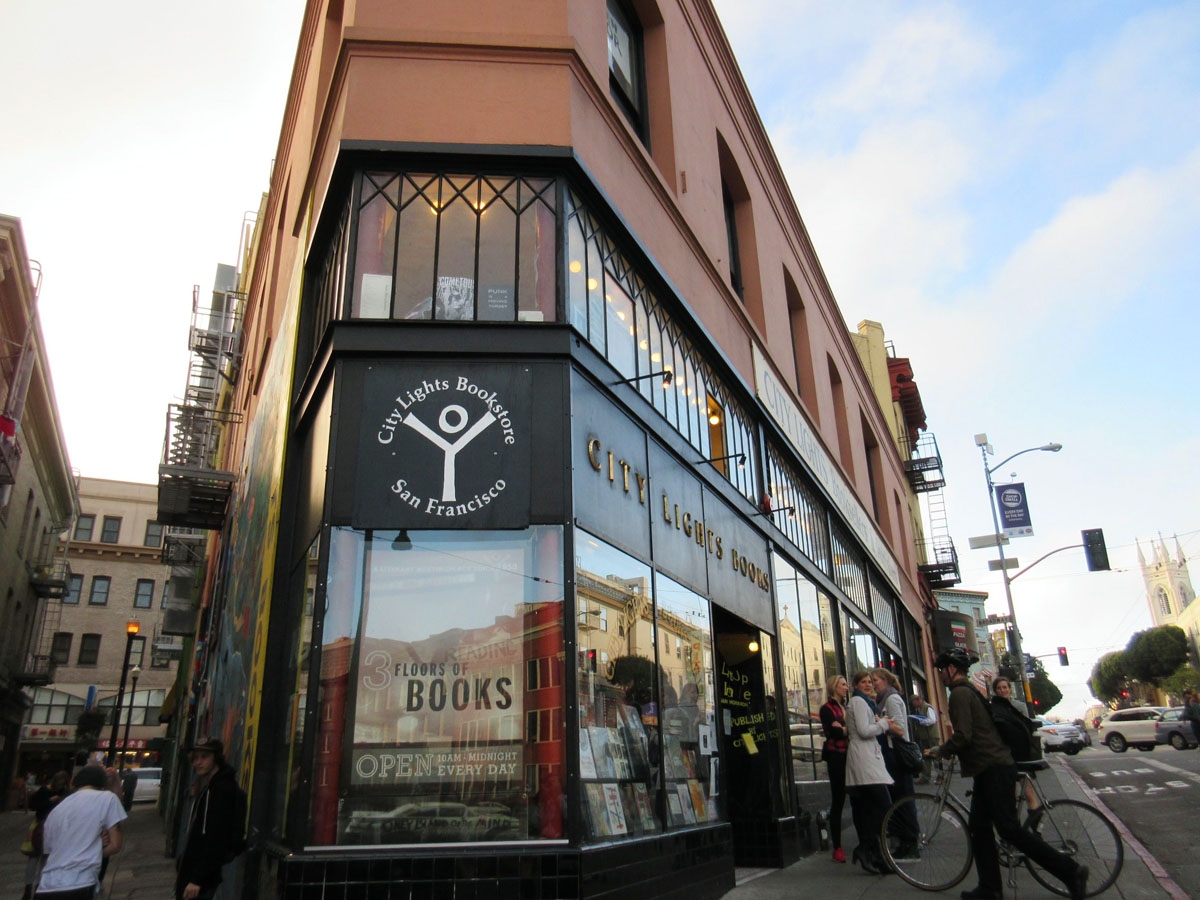 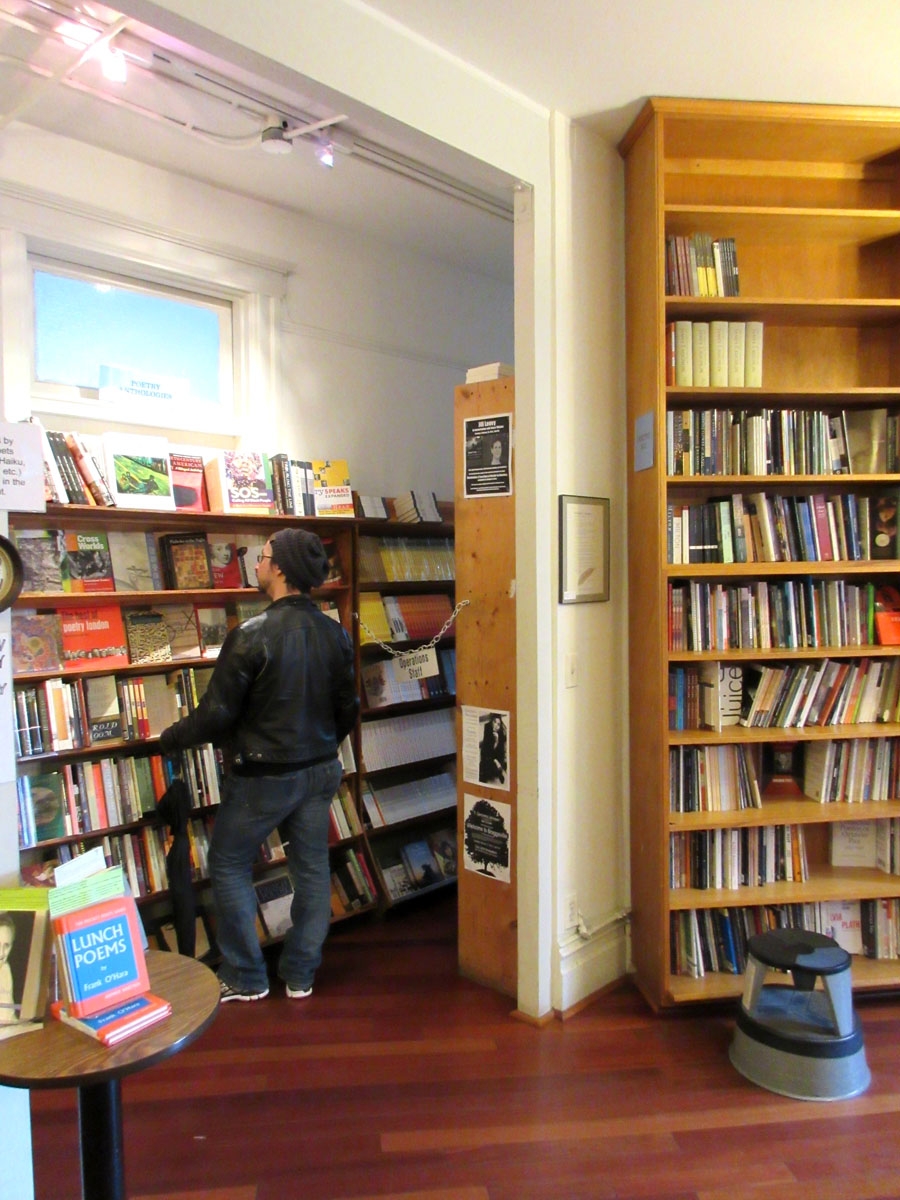 The Bus was parked in front of the Masonic Temple where the show was set for that night. Tim McQuaid, of our merch marketing company Fan Asylum, delivered a ton of new products, including new shirts, coffee mugs and stickers.

I took a trek down the 45-degree hill on California Street, through Chinatown, to the City Lights Bookstore. I was joined by my friend Mayson, who was coming to the show that night.

Years ago, when my friend Cliff Figallo got married, I visited City Lights, and was browsing through the Beat Literature upstairs, when Lawrence Ferlinghetti himself emerged from behind the poetry shelf. I froze.

"Hellooo," he smilingly said, and I retorted with something unintelligible, I'm sure, and down he went before I could even think to hound him for an autograph.

We didn't see Larry Saturday afternoon. But I did score a cool book of Ray Bradbury interviews. Science fiction isn't exactly a specialty of City Lights-I found it in the back corner of the store's basement (who knew they had basement?!), which was supposed to be the "non-fiction" section of the place.

Had to rush back to the temple, and parted company with Mayson at the top of the hill. 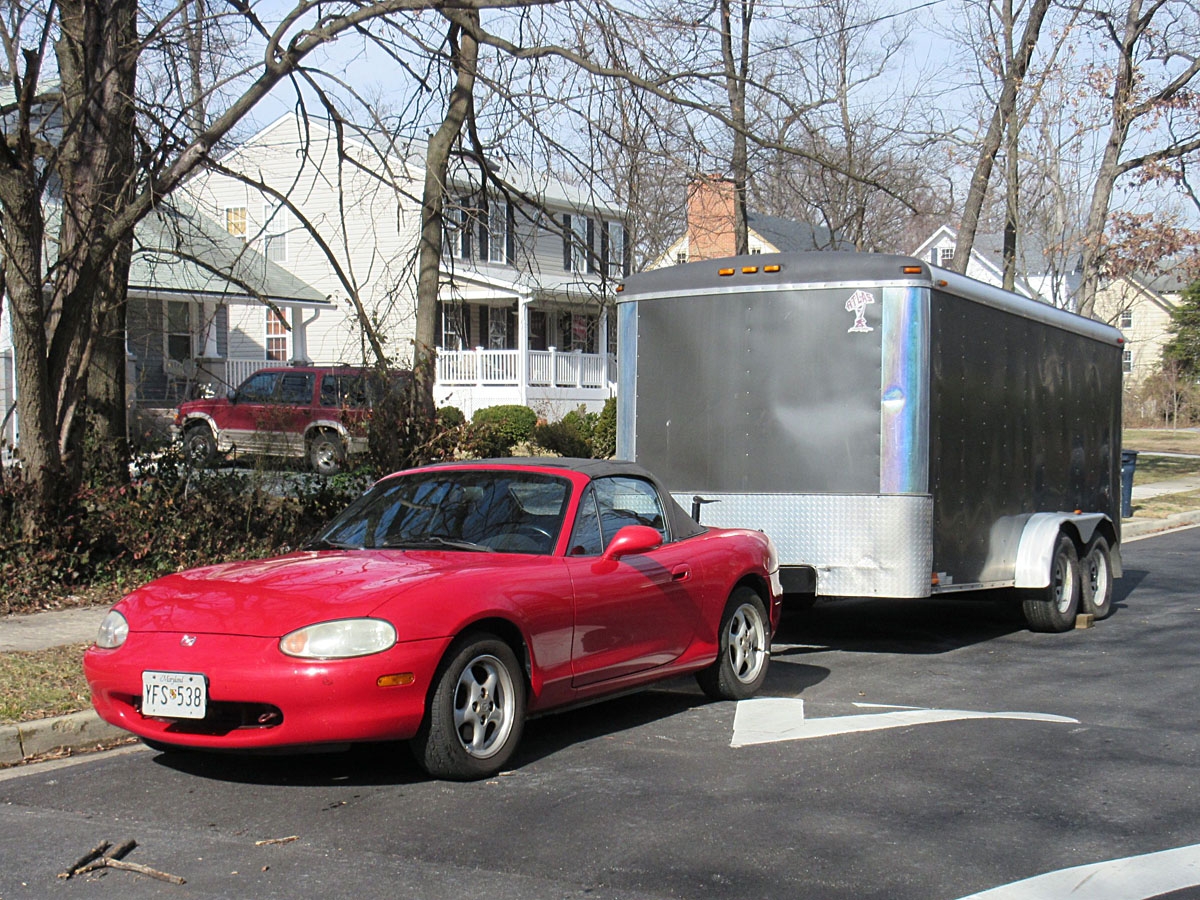 That night, I got a computer tutorial from Tim's partner Cyndy Poon for a new accounting system we'll eventually use to keep better track of sales (and perhaps prevent me from having to do a lot of physically accounting in the trailer). I'm thinking it might be to my advantage to haul the trailer home with my Miata to keep a closer eye on the merch.

The crowd at the temple was singularly explosive, and Lew gave them a heartfelt soliloquy about the late Robin Williams at the request of a fan during the Q&A (you could have heard it by logging onto therantisdue.com).

After the show, we visited with daughters of our Springbrook pal Ray Larson, and his inlaws. And we had dinner with Eddie Wasserman and his family, before we called it a night.

Then we made an early getaway during a rainstorm, joined on the Bus by our producer friend Jack Gulick, who hitched a ride south, and we headed to the outskirts of Los Angeles and the theater at Thousand Oaks.