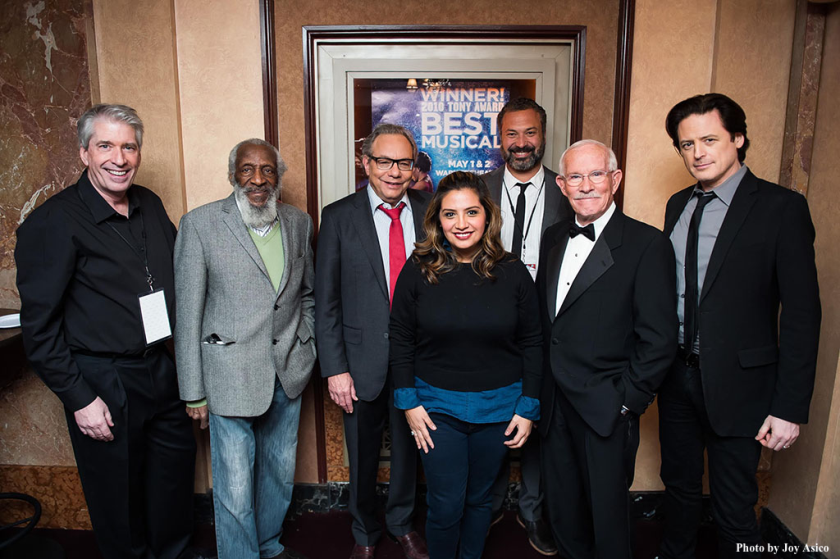 Celebrate the Bill of Rights with some of America's Finest Comics in this Special Event Featuring Sets from Lewis Black, Dick Gregory, Tom Smothers & more!

AXS TV presents a night of comedy and awareness in the star-studded stand-up special Lewis Black and Friends: A Night to Let Freedom Laugh, airing Thursday, April 16, at 10pE/7pP. The two-hour event brings some of America's best and brightest comedians together for an unforgettable evening that celebrates, honors, and sheds some light on the freedoms and principles outlined in one of the Nation's most vital documents: The Bill of Rights.

Let Freedom Laugh is the brainchild of MyBillofRights.org, as part of their innovative "Bill of Rights Monument Project." The organization's mission is to elevate, protect, and preserve the legacy of the Bill of Rights by erecting permanent monuments and displays in civic buildings nationwide, starting with all 50 State Capitols. MyBillOfRights.org experienced great success in 2012 when their first comedy event, held at Phoenix Symphony Hall, led to the creation of America's first monument to the Bill of Rights at the Arizona Capitol in Phoenix.

Asked about his involvement, Lewis Black said: "I am doing this because from what I've seen in the newsit seems that some folks in America need a little bit of a reminder of what our founding fathers really said. And it's going to be nice to see the cornerstone of our democracy on real stone, especially someplace prominent like our State Capitols, where the politicians can go read it again when necessary."

Added MyBillofRights.org founder and fellow comedian Chris Bliss: "Humor is a powerful tool for opening people to new perspectives, and to one another, so what better way to celebrate our freedoms and diversity than with great stand-up comedy - the purest form of free expression?"

"AXS TV is proud to be a part of this unique event that aims to educate the public about one of America's most important documents, using some of the most influential names in comedy," said Evan Haiman, vice president of music programming and production, AXS TV. "Powered by an iconic lineup featuring living legends Lewis Black and Dick Gregory, this special promises to be as hilarious as it is insightful."