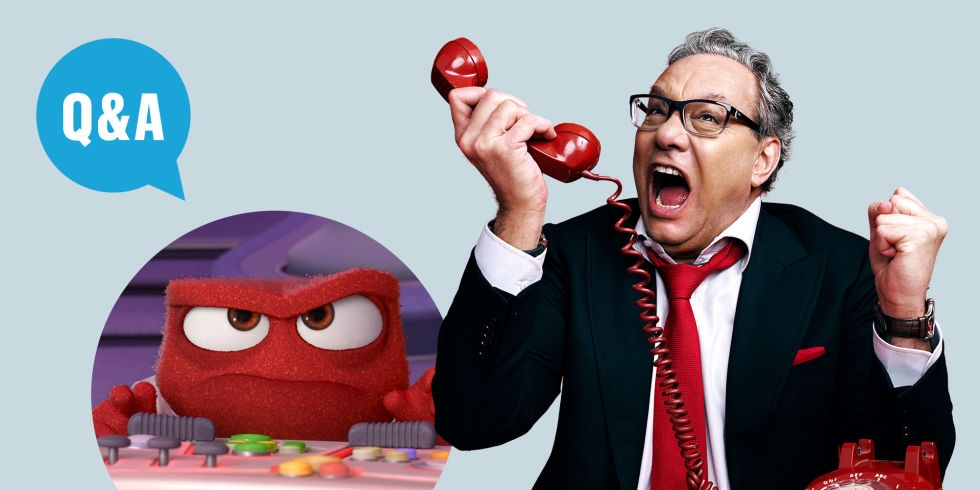 Lewis Black is always pissed off. It's part of his charm. For the better part of the past four decades, the 66-year-old comedian, writer, and actor has made a career out of letting loose his opinions on everything from coffee to politics. And for those who don't like it? Fuck you! (Black's words.) Which makes it just a tad ironic that we caught up with him as he was promoting his role in Pixar's PG-rated Inside Out, the animated tale of a preteen named Riley and the five emotions that control her personality: Joy, Sadness, Fear, Disgust, and Anger. Do you need a hint to figure out which one is voiced by Black? Esquire spoke to the naturally animated comedian about addictive technology, playing to the younger crowd, and how future generations can ensure their own happiness.

When were you first approached about playing the voice of Anger in Inside Out?

Five years ago, I got a call from my voiceover agent. He said, "A box is coming to you from Pixar. They're interested in you playing a character in their upcoming animation." And I just said: Yes!

And you knew nothing else about it?
No. I got this box from them in which they wrote a note, which you don't very often. It was a note that had a lot of humility in it, which is extraordinary in this business, about how they didn't know if I would be interested in working with them or if I knew them, but that they would really like for me to do this character, and it was the character of Anger inside of a young girl's head. They had little sketches of what my character would look like, the initial drawings, and they sent me all of their stuff-"If you want, we would love for you to take a look at these films to give you an idea of what we do." I called up my agent and said, "Tell them yes. And tell them they're insane."