That's right, snow. Okay, it wasn't much, but when Lewis and I rolled into Traverse City from the little airport up there, a few flakes drifted down. And it was April 23rd. But I think it's safe to say we're done with it for this season.

On the plane, the Delta airlines magazine had an article on 10 things to do in the little Michigan resort town. Lewis said we couldn't do eight of them because it was too cold.

We did the show in the picturesque-though-small City Opera House, before taking flight down to Grand Rapids. 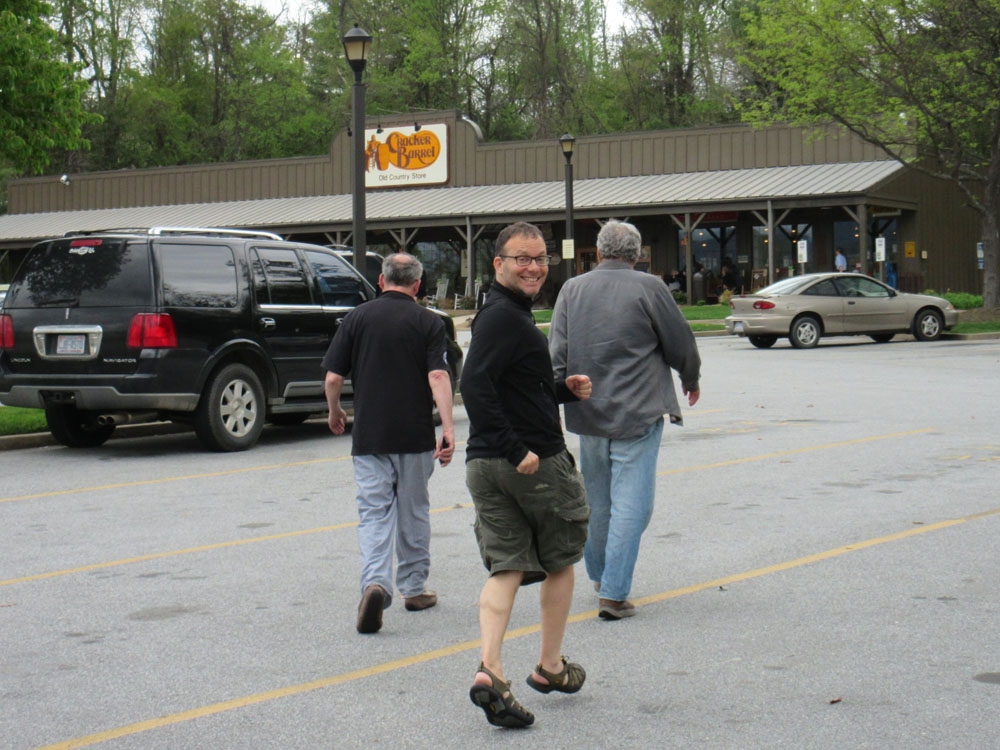 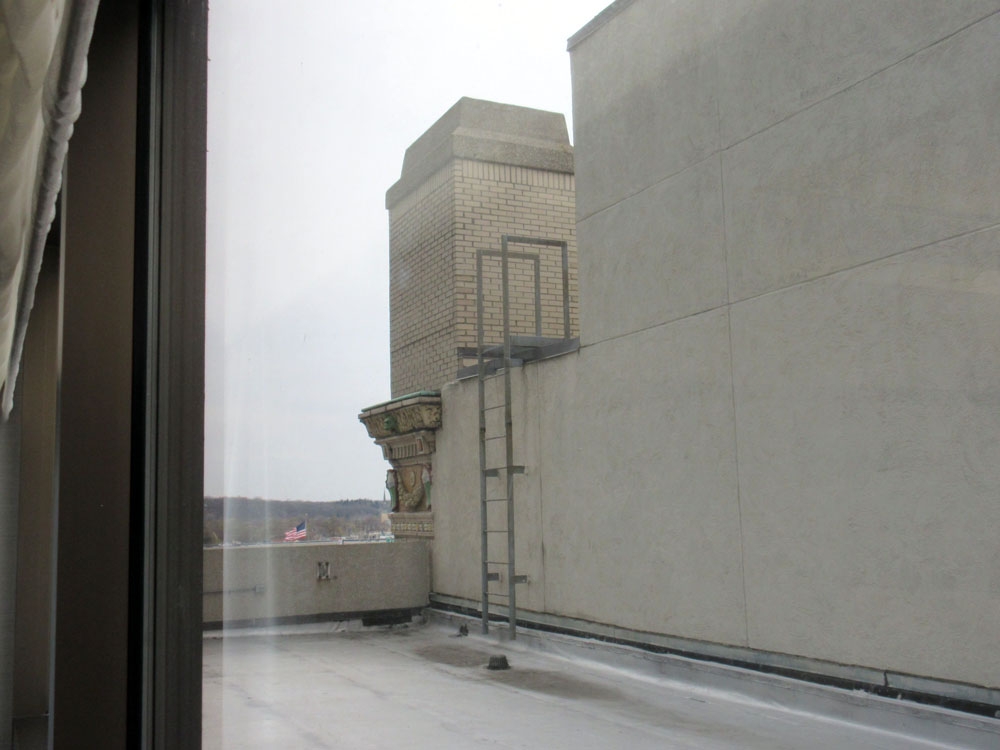 Last week, you may remember, we were finishing up in Greenville. On the way through the mountains, we stopped at a Cracker Barrell for lunch. It was James's first time at the Bus crew's favorite road-side eatery, and he fairly skipped his way behind Lew and Ben on the way in.

Sort of odd to be in the Southland where Summer was a-comin' in, and now, to be racing along Interstate 96 toward Detroit where the trees are practically bare, just beginning to bud.

Up in Grand Rapids, we settled into a venerable hotel now owned by the Amway company. The view from my room was less than spectacular. 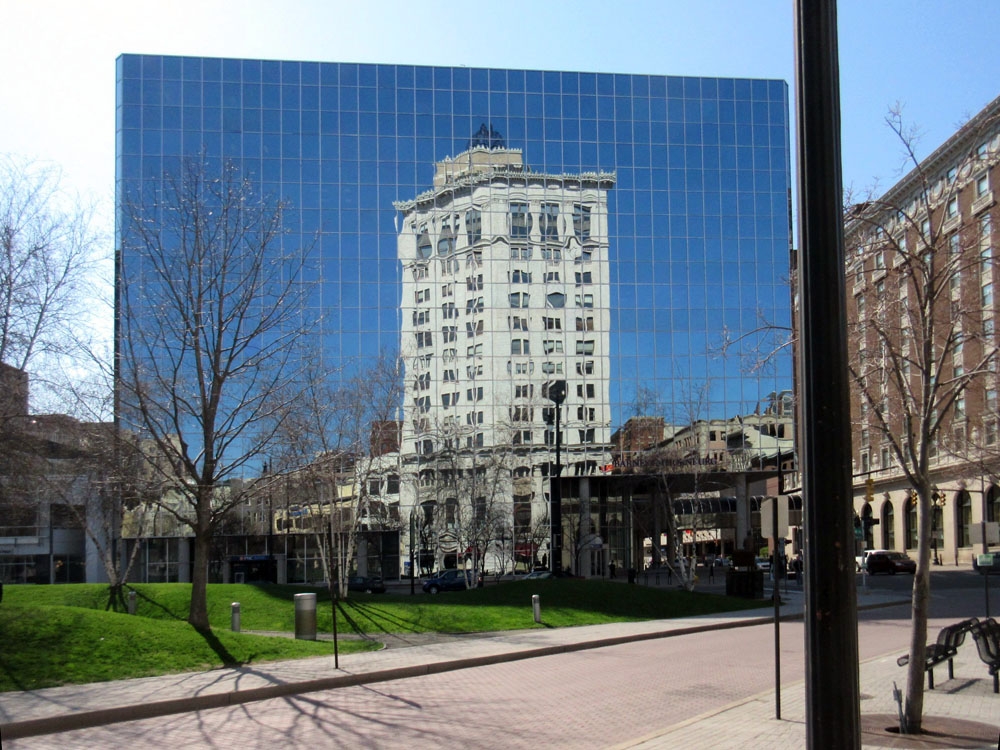 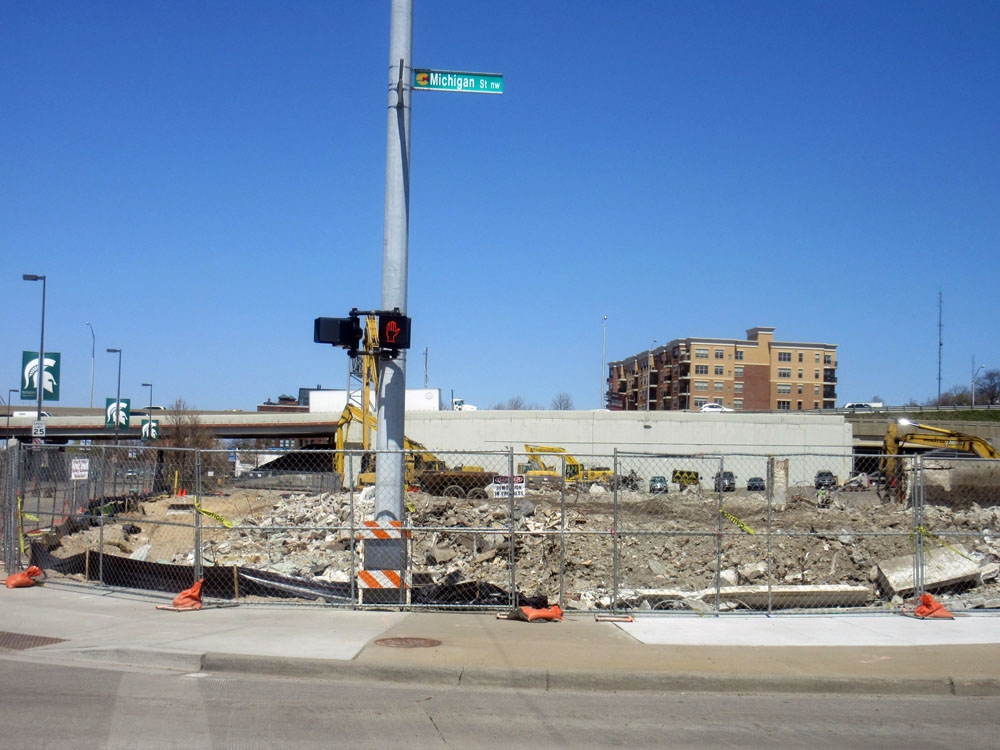 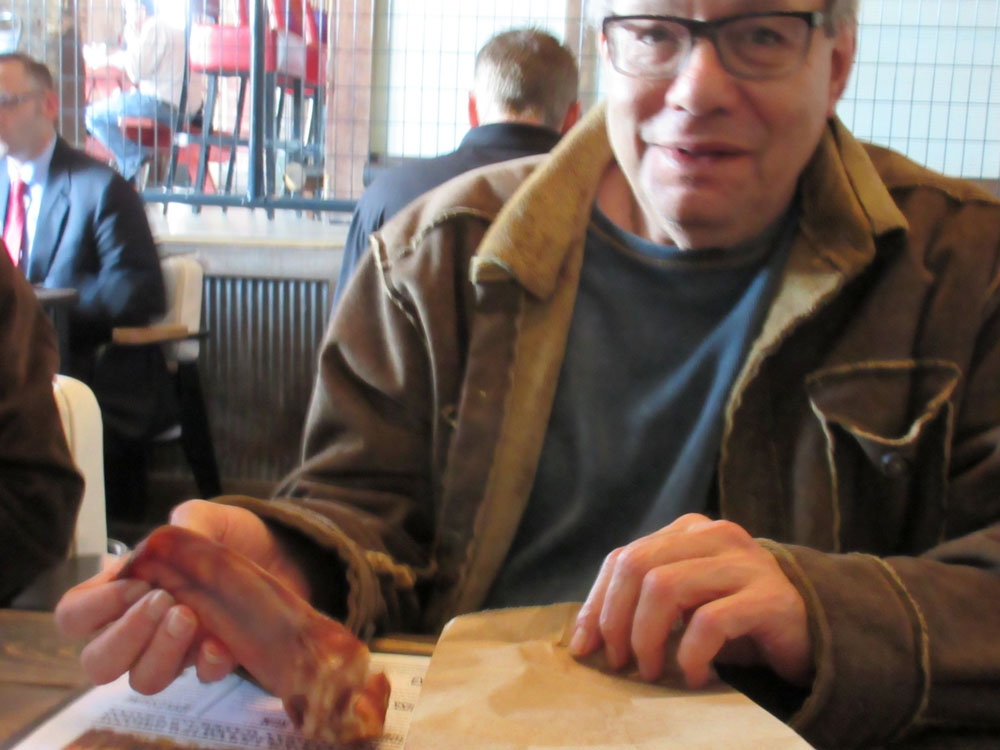 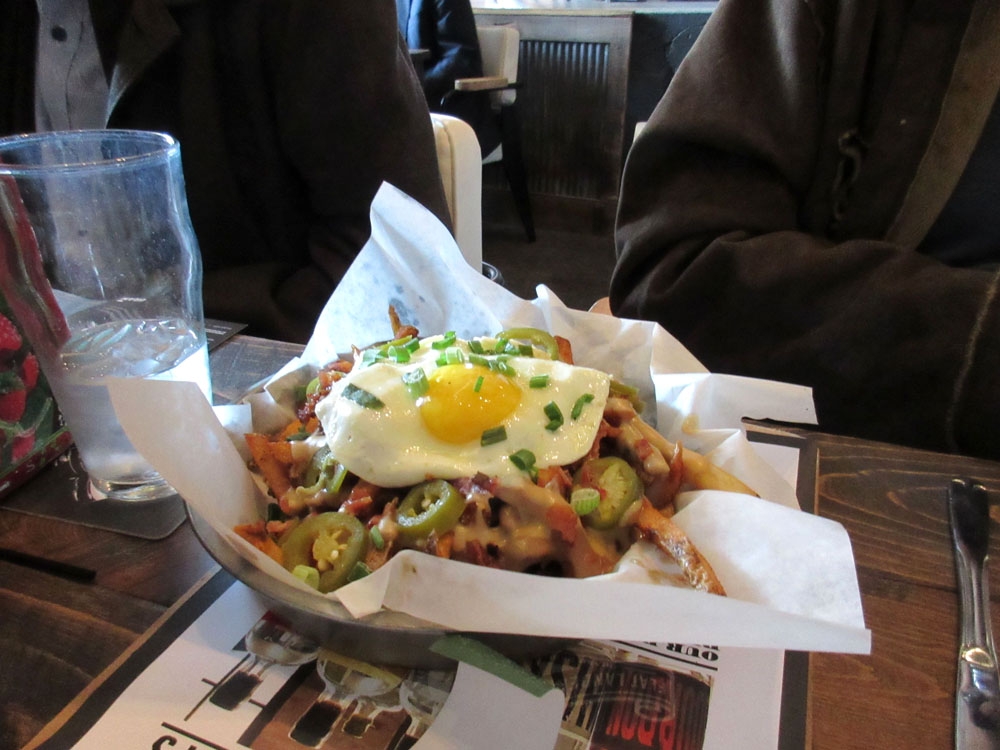 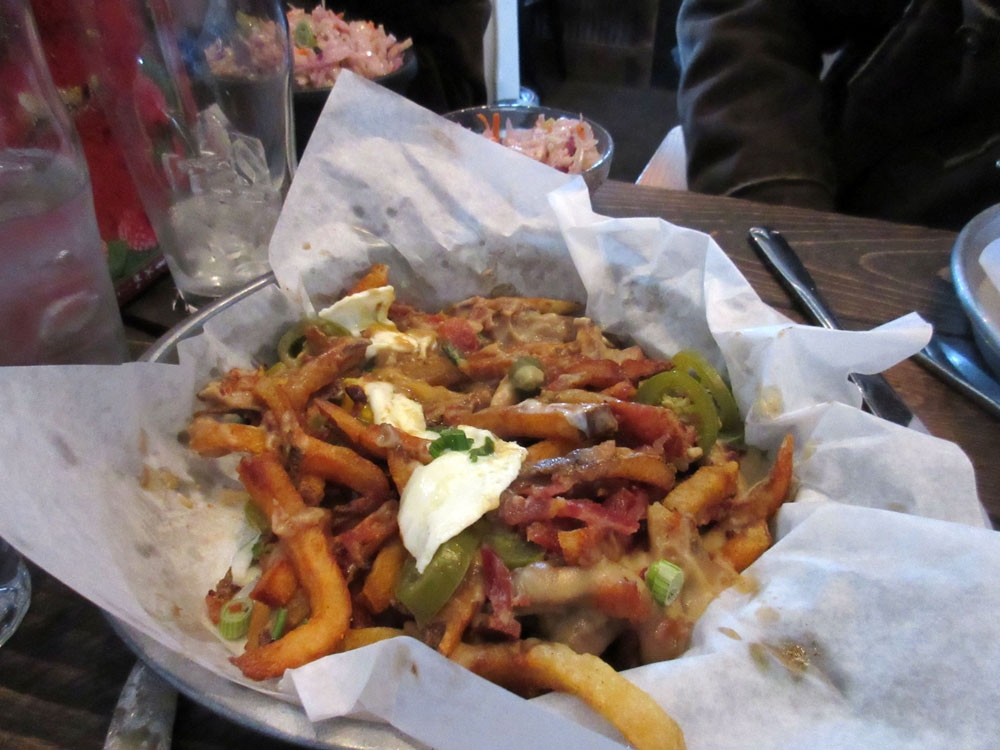 At some point in our history, Amway seems to have purchased the whole town. It's a clean place. Many of the older buildings have survived, and there aren't too many mirrored monstrosities, though the one good thing about them is that they reflect the older, superior structures otherwise dwarfed by them.

One of the buildings that did NOT survive, significantly, was the former home of the Grand Rapids Press, now blasted to rubble to make room for a parking garage.

We all had an insane lunch at Flatlanders, owned by some great restaurateur friends of John's. Last time we were there, they served us a monstrous gourmet dinner of local foods with appetizers that included bear meat. This time, it was more conventional. Though Lew was presented a pig's ear in a paper bag from the butcher's department. Non-edible, of course. Inspired perhaps by his gift, he ordered a starter that featured french fries with gravy, pickled jalapeno peppers and various cheeses-topped off with a fried egg. I stuck with the fish tacos for my meal. 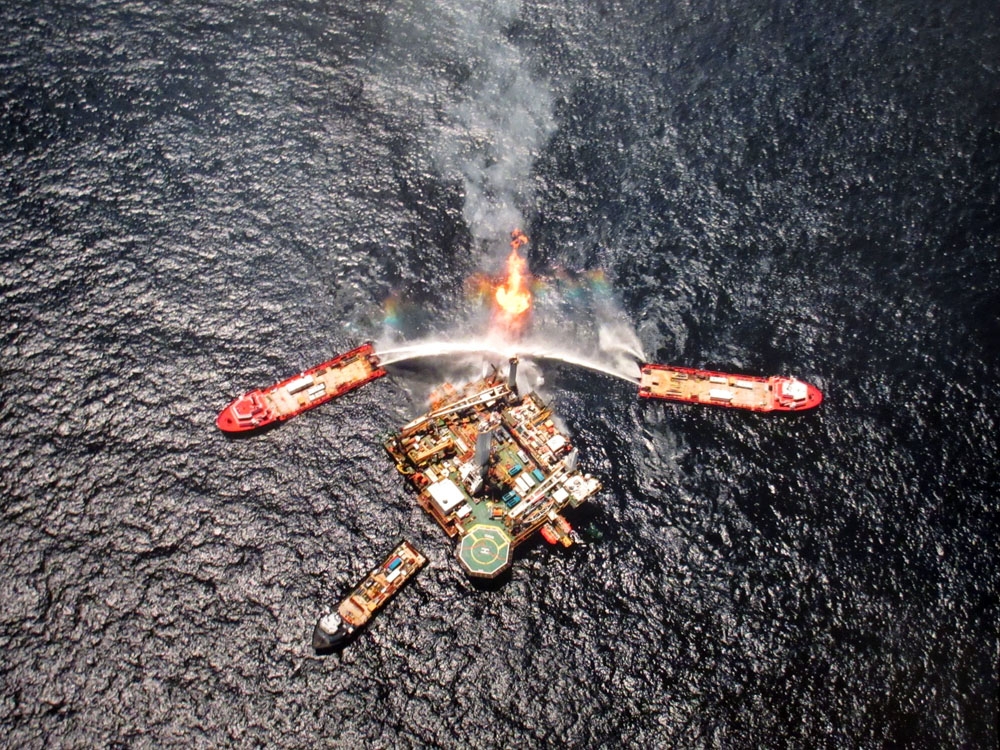 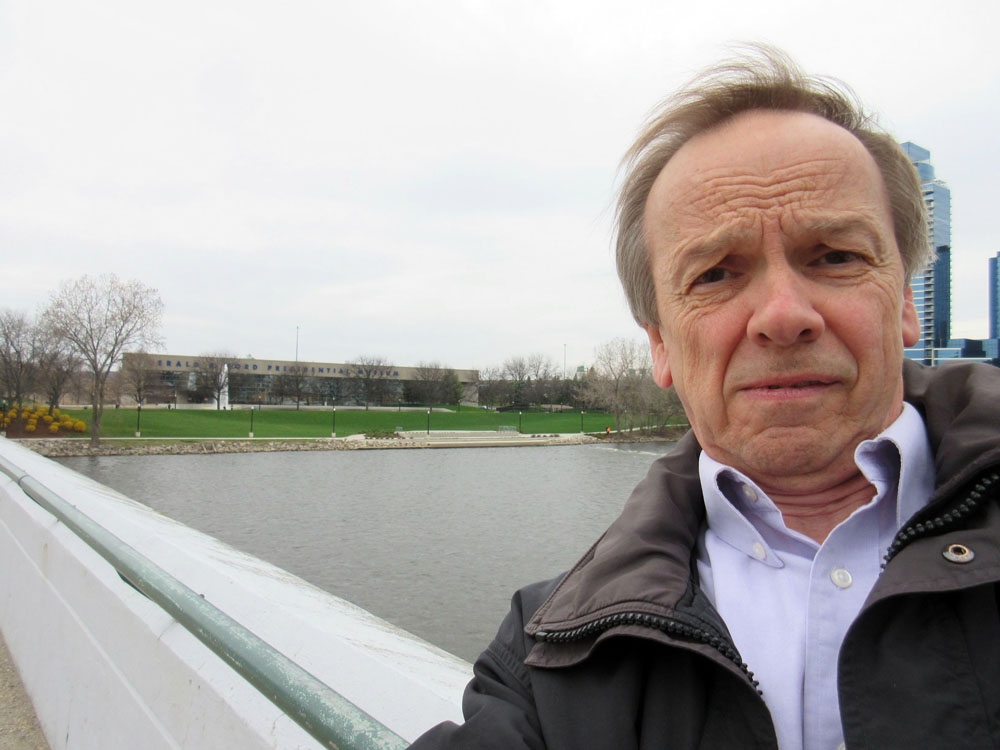 Later that afternoon, we hit the Grand Rapids Art Museum and a photo exhibit by Edward Burtynsky of pictures that illustrate the fragility of the planet's water supply. An aerial shot of the oil slick in the Gulf disaster said everything it needed to say.

This morning, I took a walk on one of the many footbridges across the actual grand rapids, with a view of the Gerald Ford Museum on the other side of the river from the hotel.

Down the highway, John, who hales from Michigan showed me his first apartment building where he lived in 1979 near Lansing, telling me he bought a riding mower when he lived there.

''Why would you buy a lawn mower if you lived in an apartment?'' I asked.

We're about 40 miles out of Detroit, so I'll break off now. And I'm flying home tomorrow, already. Wuhooo.