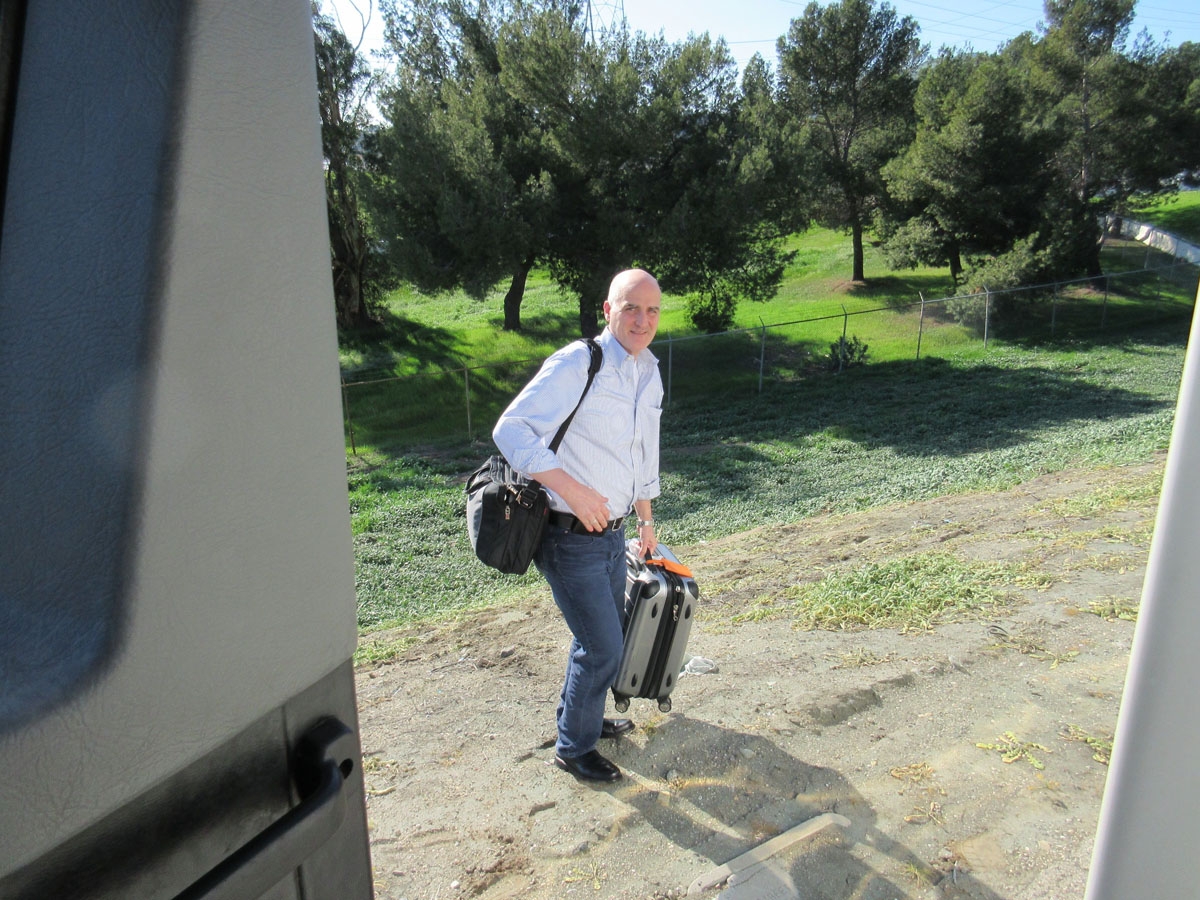 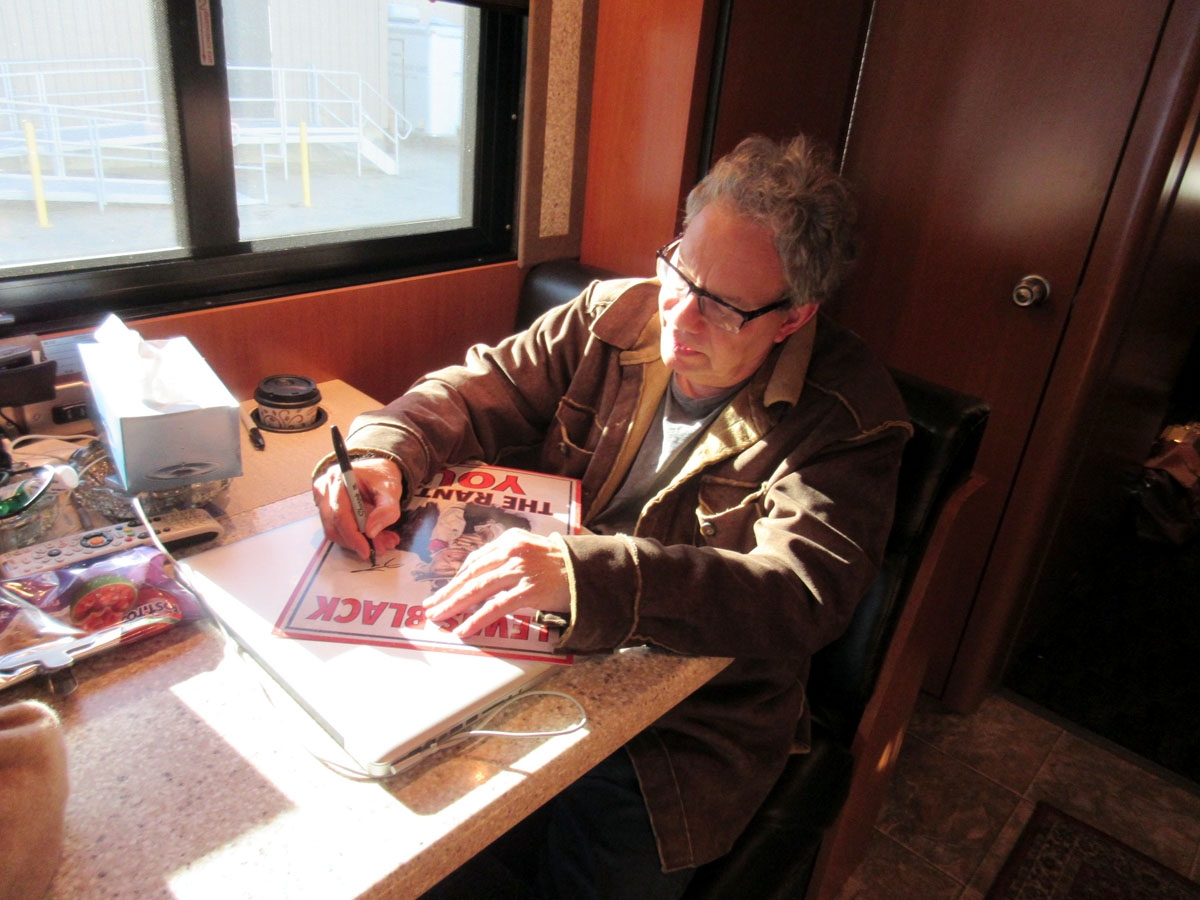 Elvis warned us about this...the rain IS cold in Kentucky. And the snow, and the ice, and the slush...

We're heading north on the 71 Interstate, bound for Cleveland. Not much to do on The Bus...heads cocked into computers, and out at the windows...until we stopped at the good ol' Flyin' J Truck Stop, and piled out through the blizzard for the Denny's inside.

Far cry from our last campaign in sunny California. You may recall that we left San Francisco with our friend/producer Jack Gulick, whom we dropped by the side of the road on the way to the last gig in Thousand Oaks. Lew signed some posters for the kiddies who swarmed into the PAC to see the show.

This week, we gathered from the four corners...Lewis and I took The Bus from Secaucus (watching UNC lose to the aptly-named cheating Blue Devils). Ben flew from California, John from Connecticut and James from Florida. 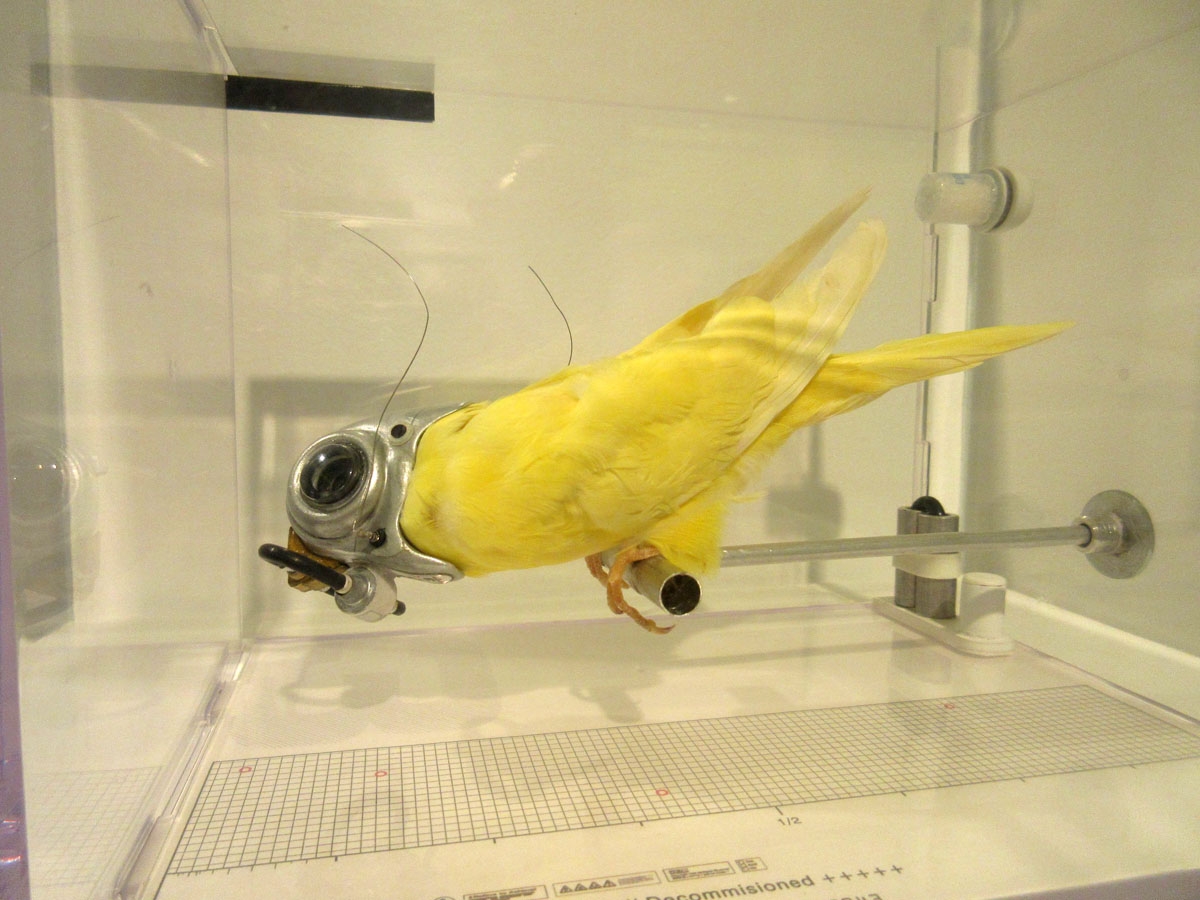 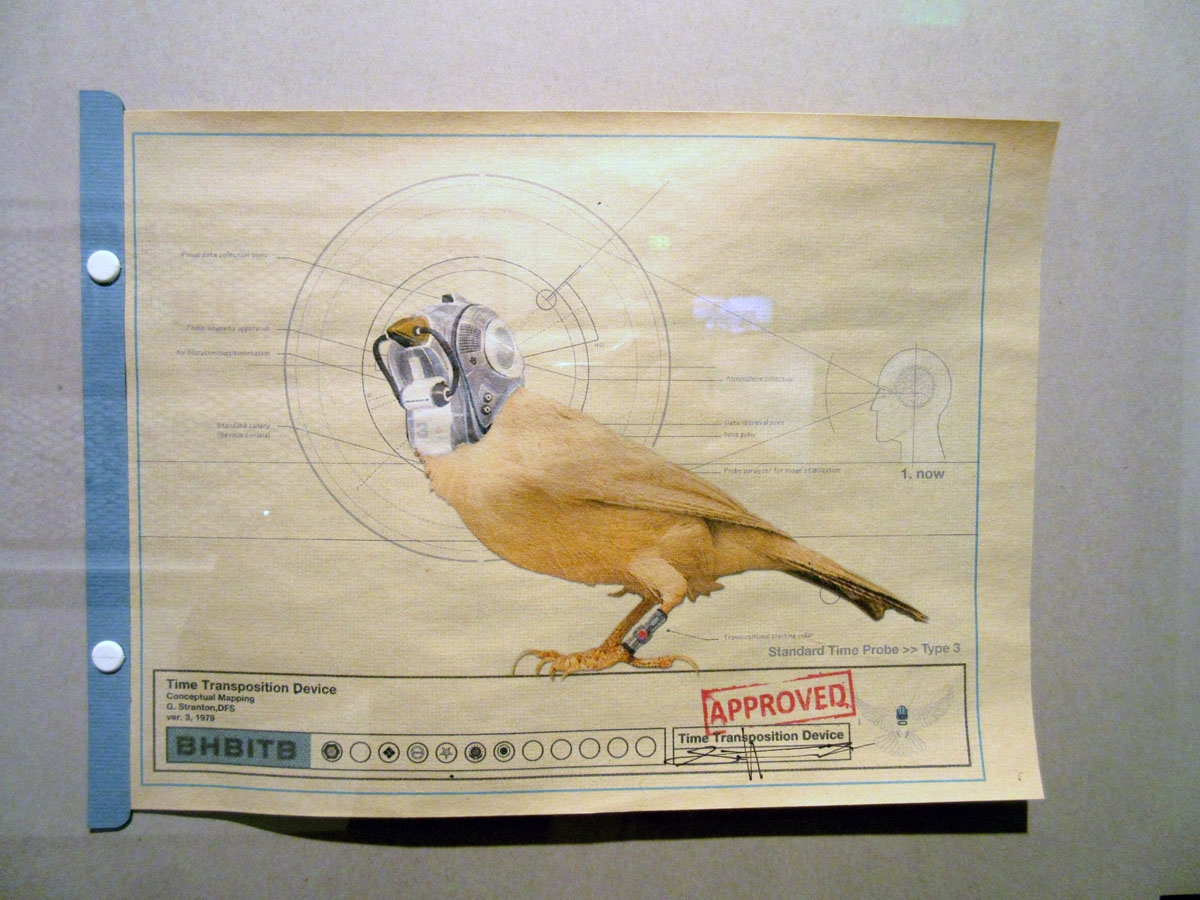 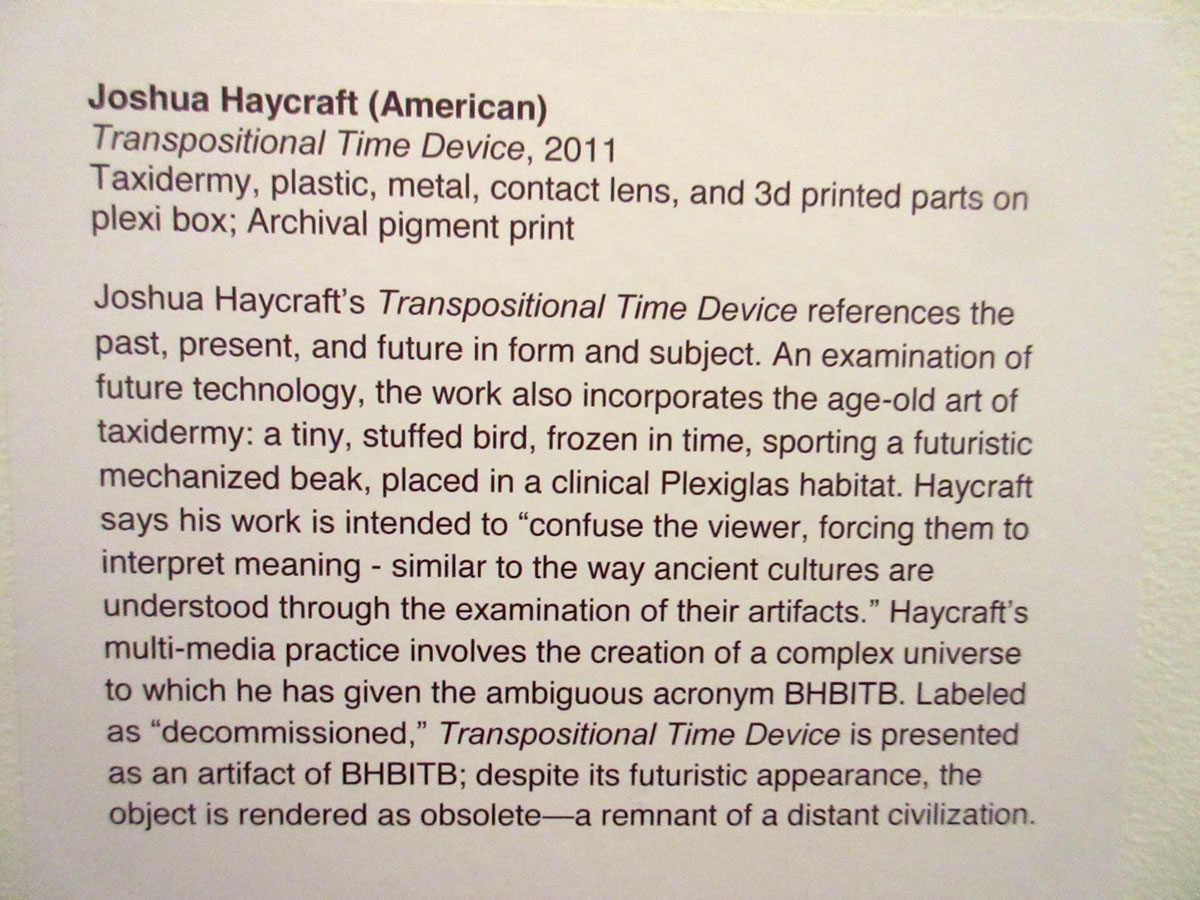 We converged on the Museum Hotel in Cincinnati. It's a hotel-...no, it's a museum (stop: you're both wrong...it's a hotel AND a museum). The modern-art exhibits were sometimes disturbing, often funny, and all impressive. My favorite is a science-fiction, time-travel diorama featuring a canary with a weird helmet.

I spent the day of the show sorting new T-shirts and coffee mugs back in the trailer. It was four degrees above zero. John appeared on stage that night at the Taft Theatre wearing a heavy winter coat with the hood up. Lew did an autograph session after the show and got into a shouting match with a woman who disagreed with one of his bits.

Yesterday, we drove out to Louisville, which they should have temporarily renamed "Lewieville" for the occasion. 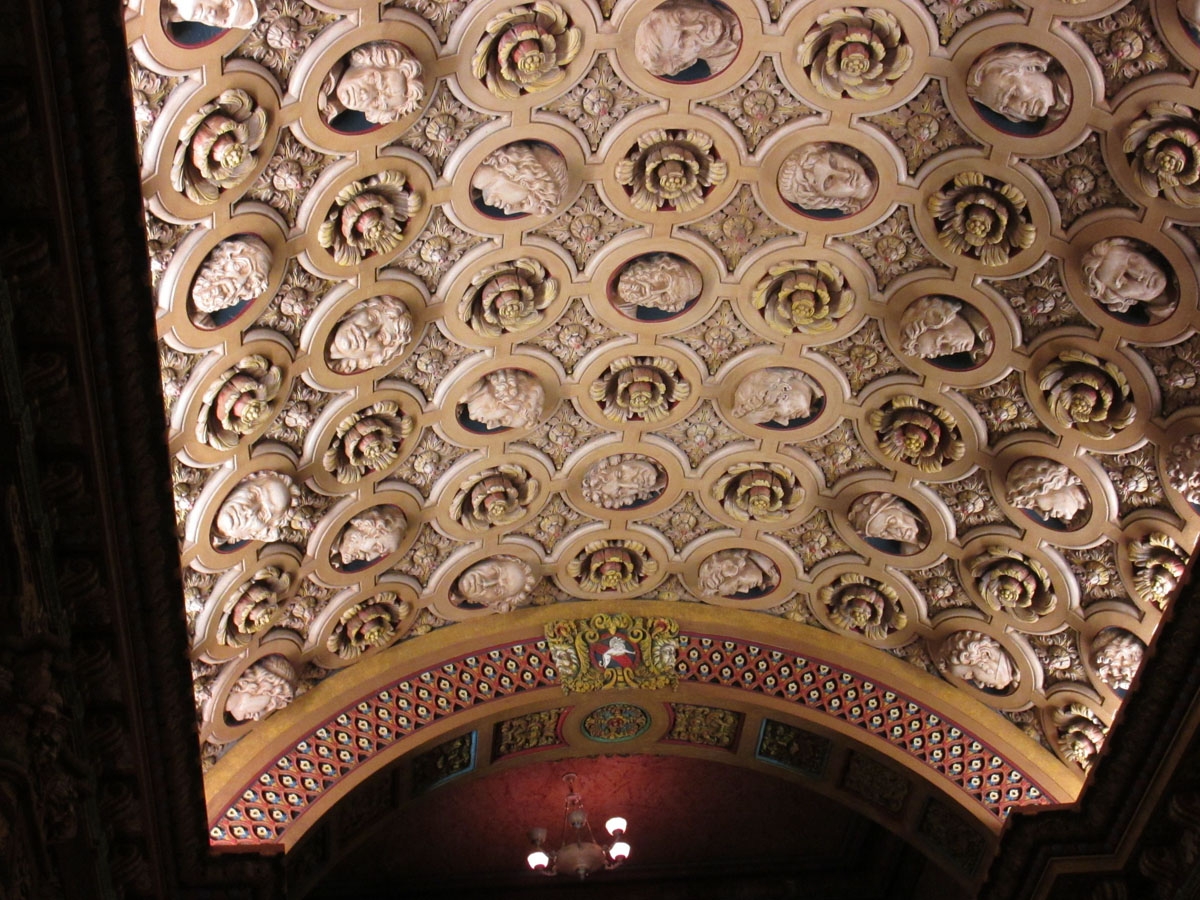 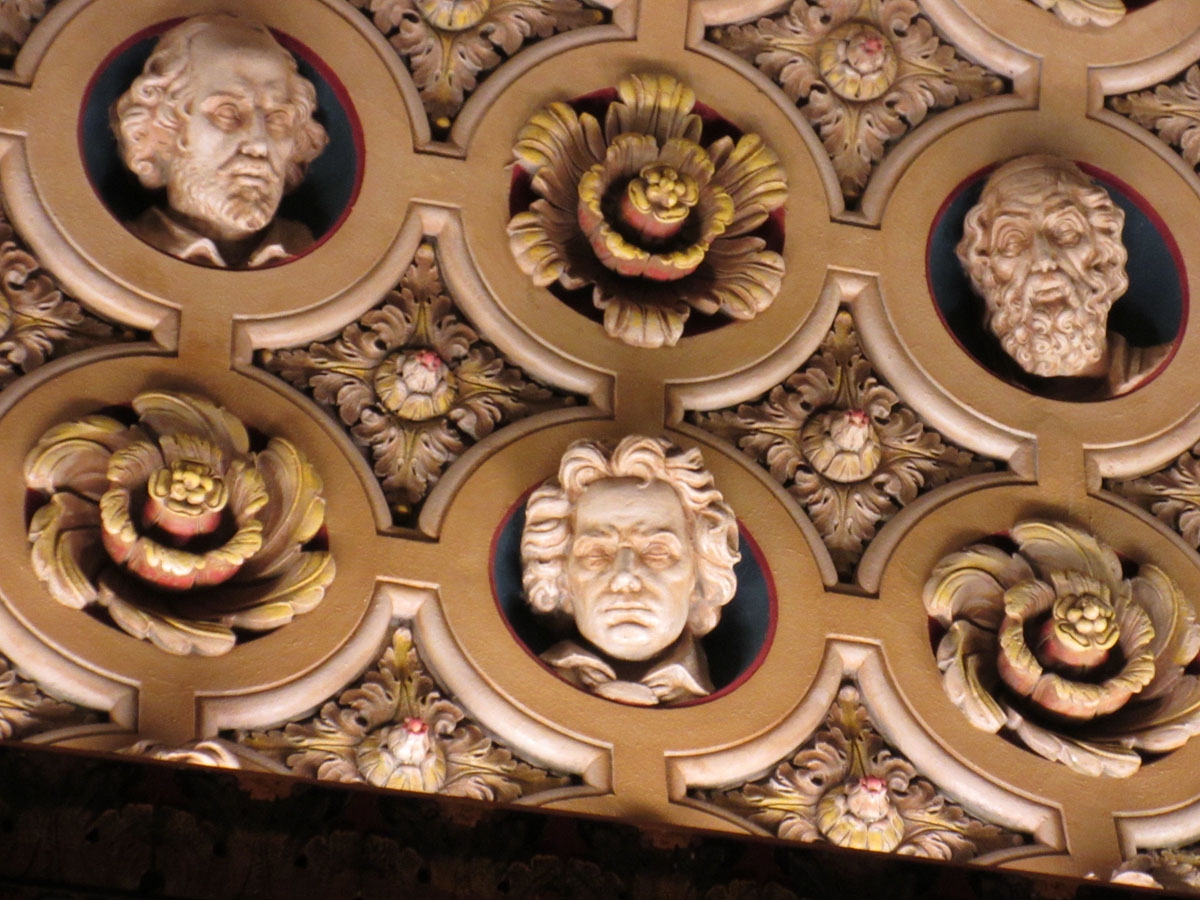 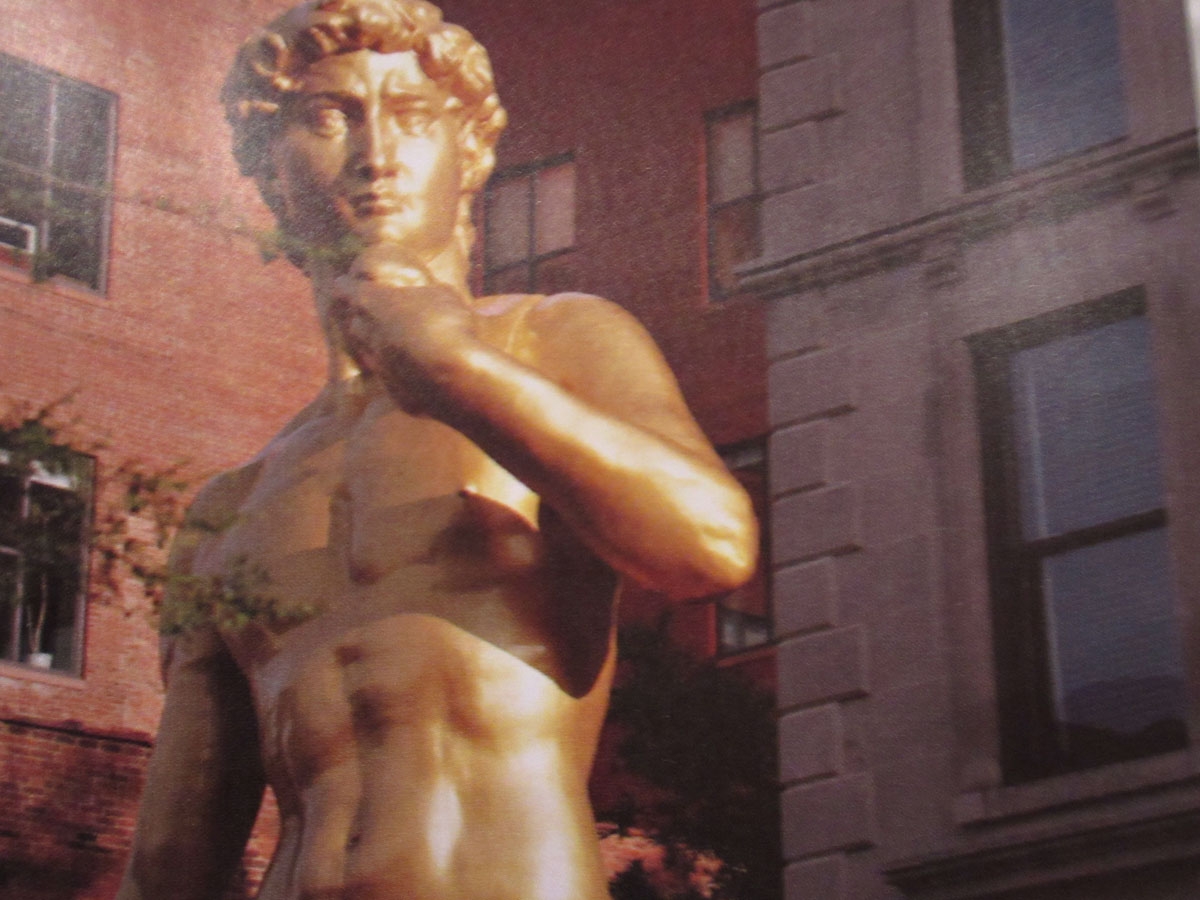 The Palace Theatre lives up to its name. It is opulent, including a vaulted ceiling with intricate busts of Shakespeare, Beethoven and the like, peering down from portholes above.

That cold Kentucky rain started while the show was proceeding, but Lew hung out with the fans for another meet & greet in the VIP lounge.

Stayed at another museum. I didn't get to browse, but I gawked at the gigantic David statue out front of the place as we pulled out of there this morning. 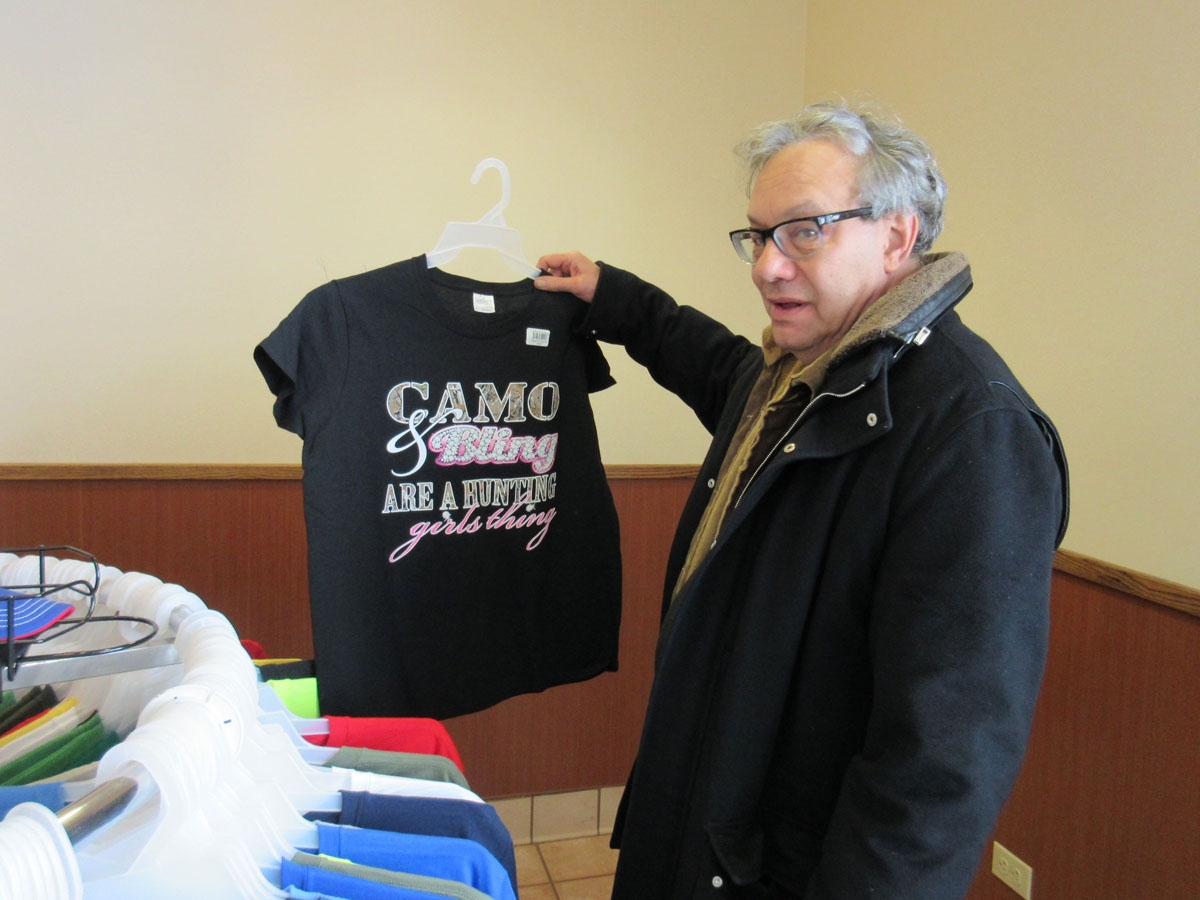 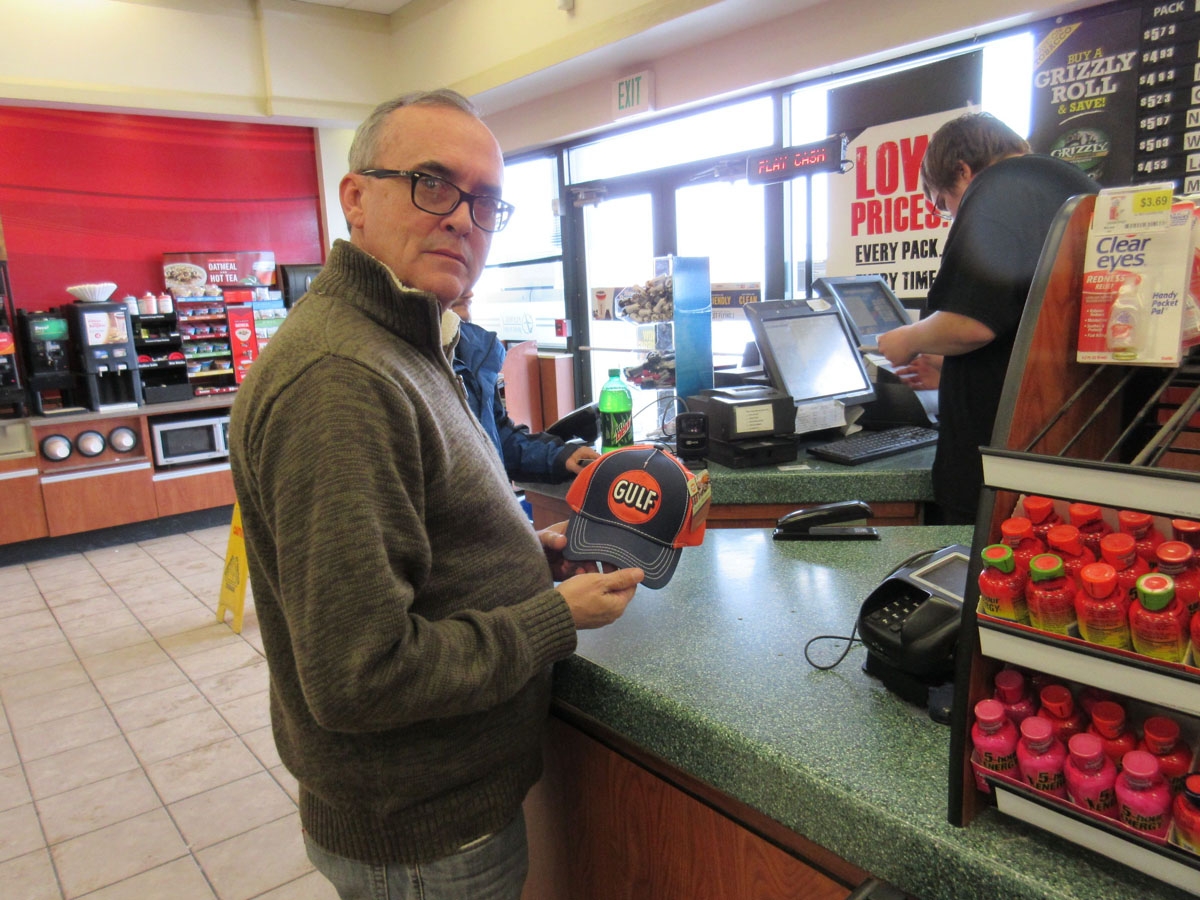 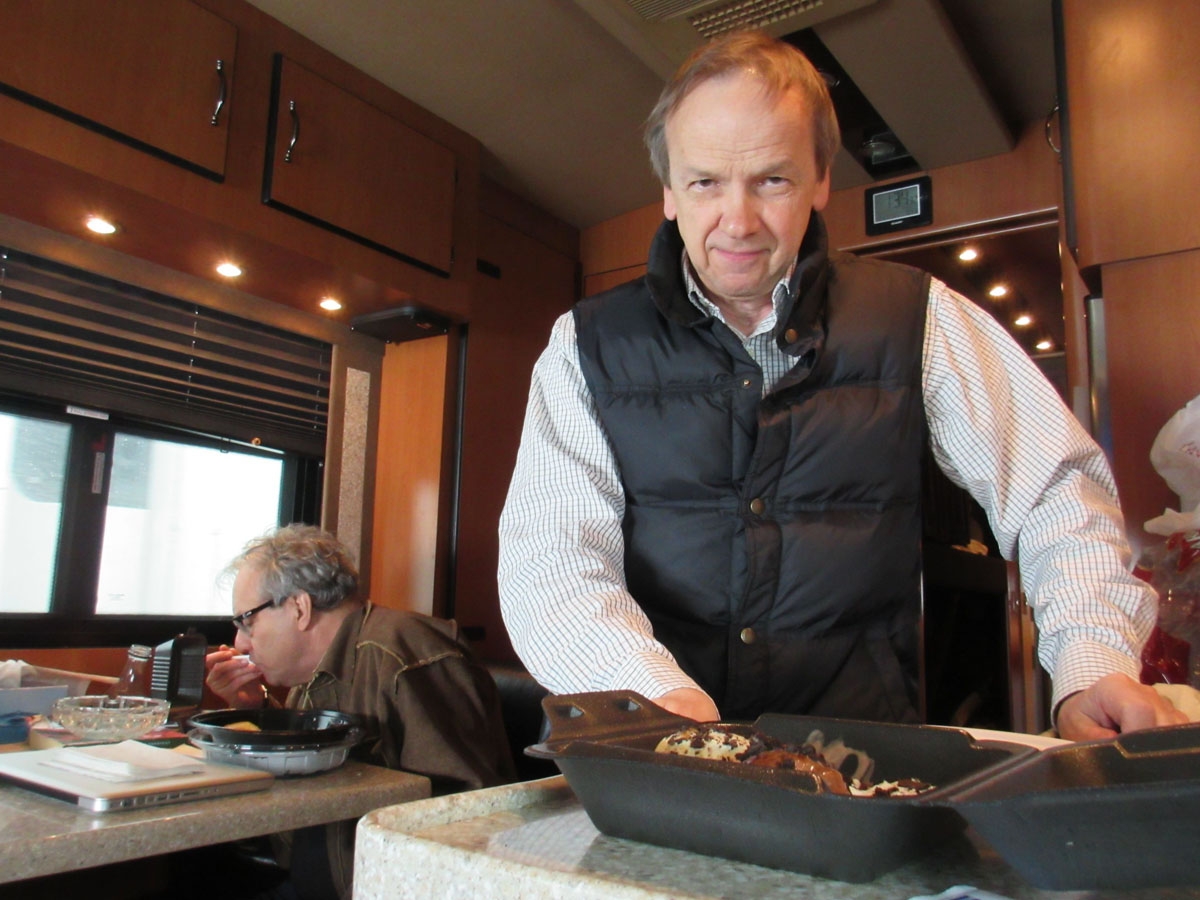 Like I said, we broke the monotony when we pulled into the Flyin' J. John picked out a new hat, Lewis considered the fine T-shirts on sale, and we all came out with bags of gastronomical delights. Shared a Moon Over My Hammy sandwich with Lewis, and had a ridiculous chocolate sundae.

This, despite the highway's being covered with slush, littered with crashes and getting a little more crowded as we roll on into Ohio.