We're 80 miles out of Savannah on the I-95, just pulling through a cloud-burst...70 degrees down here. 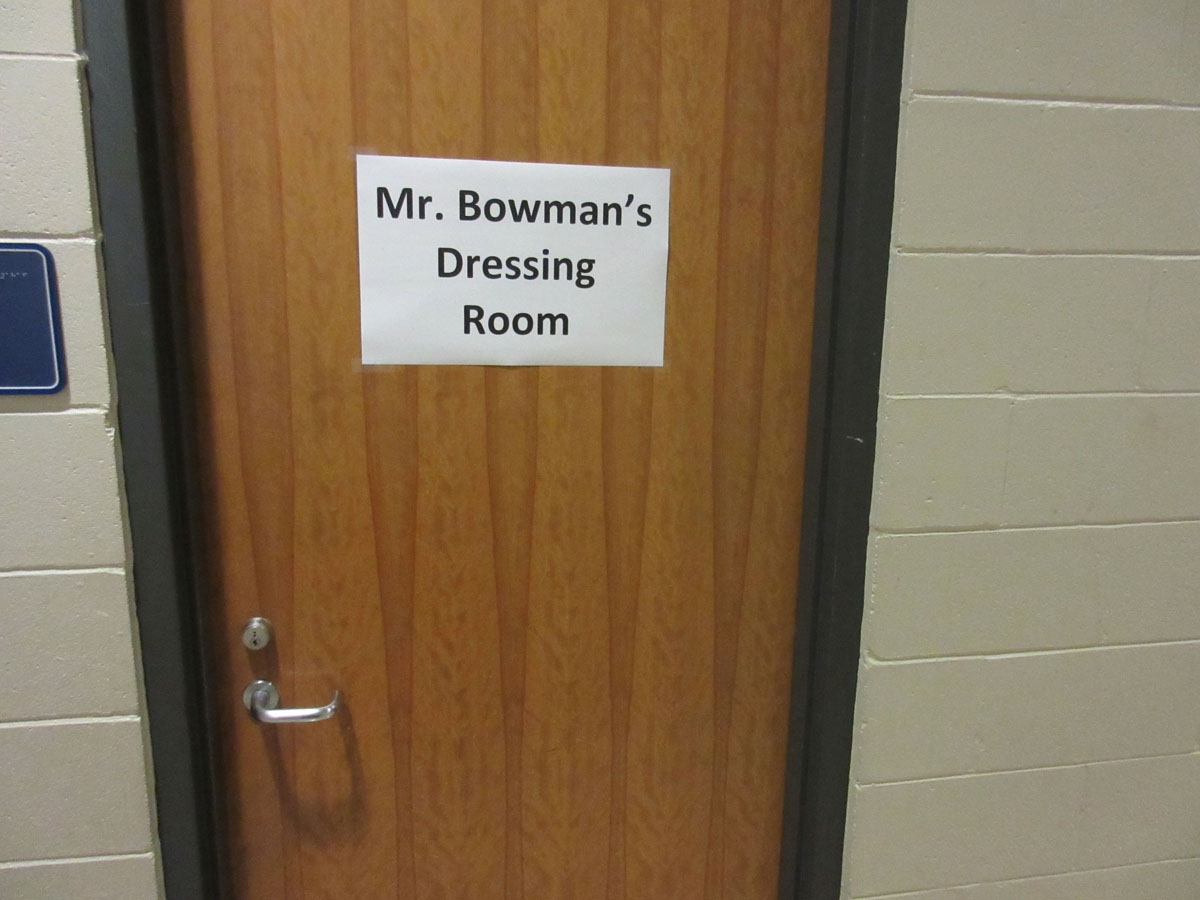 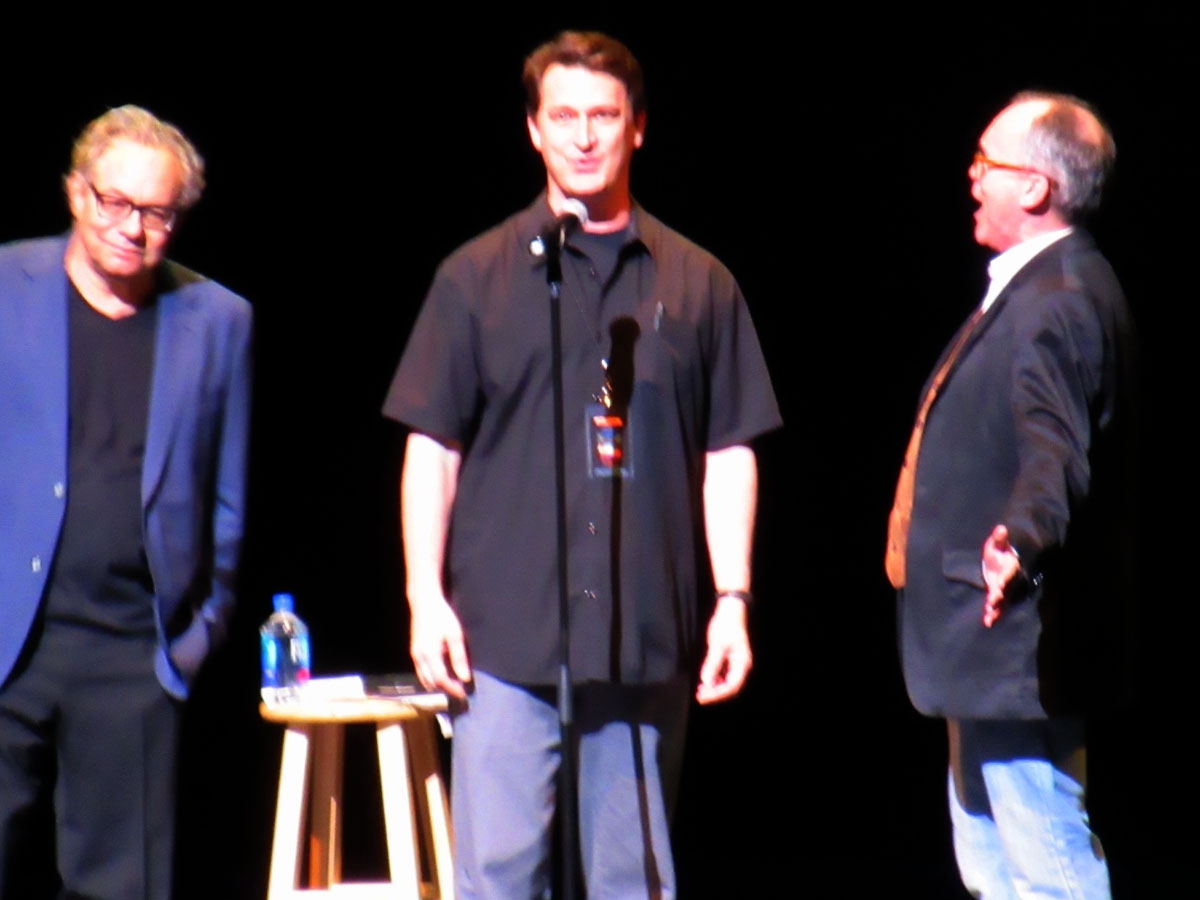 Last night, we were at a small theater in Jacksonville, Florida, in the University of North Florida. Very welcoming little place. Odd to see students in shorts lounging on the grass after the winter we've had up north.

The show was great, of course, and toward the end, Ben came out and led the boys and the audience in singing "Happy Birthday" to his oldest son Joaquin who just turned 8, and who was tuned into the live stream from the Brewer home in California.

It's nice to be back with the boys on the bus after the nice little break I just had. 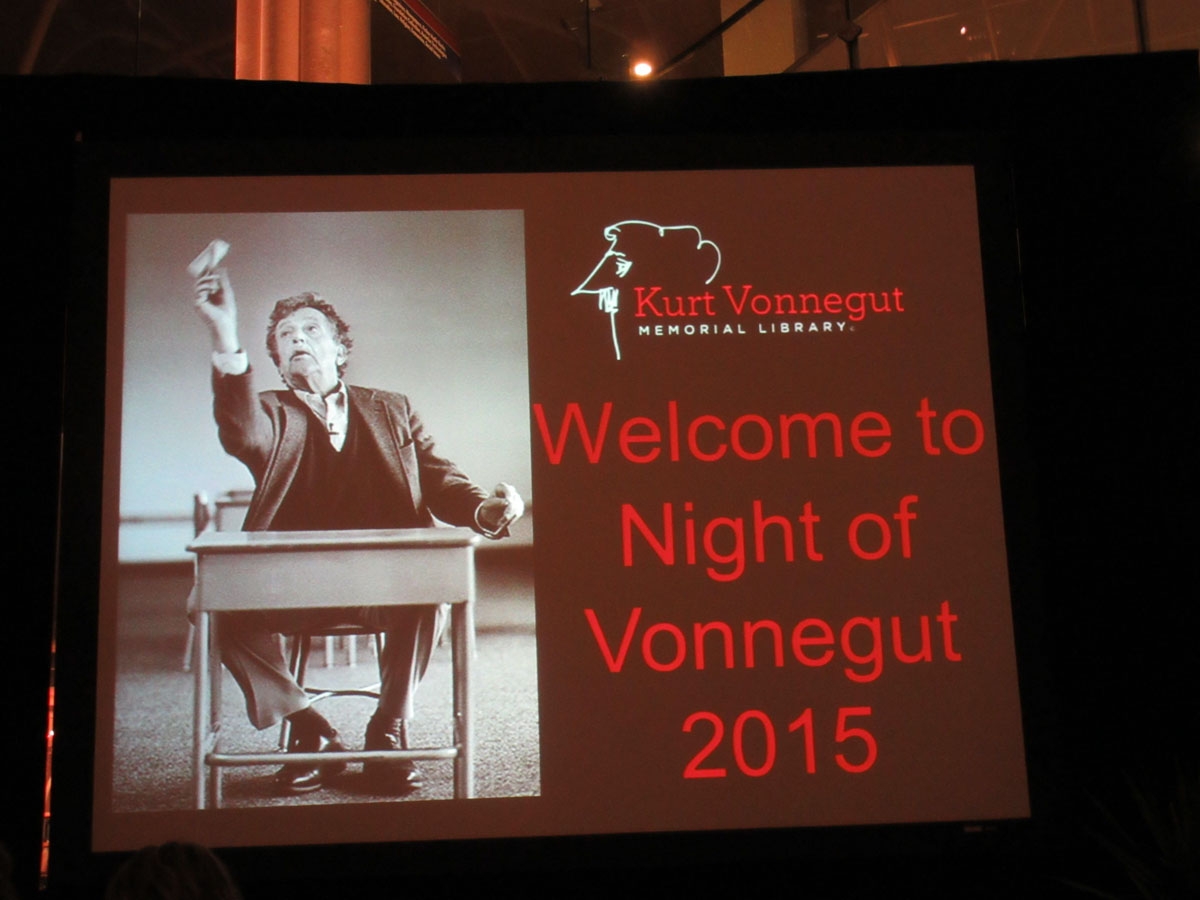 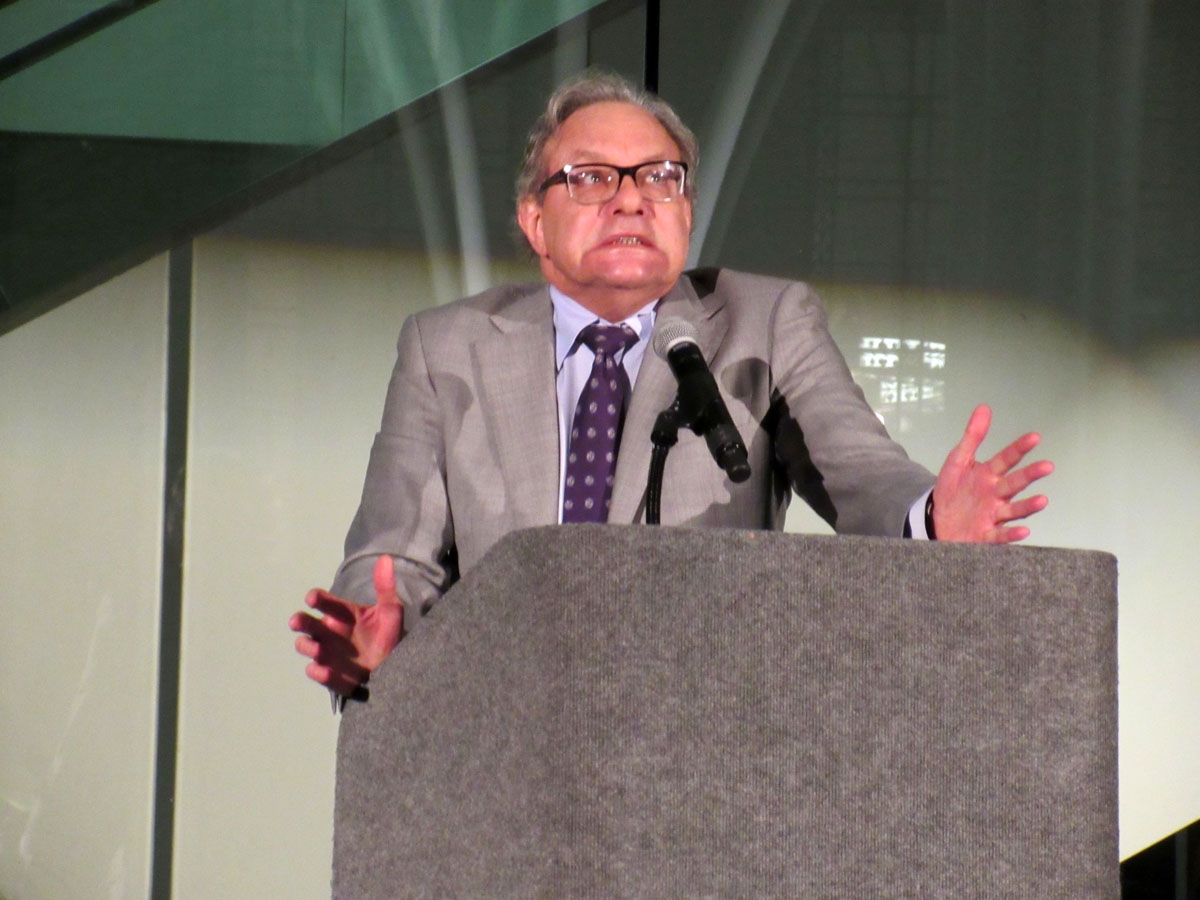 After the show in Cleveland last month, Lewis and I went to Indianapolis for a special show Lew put on for the Kurt Vonnegut Memorial Library.

"With no Kurt Vonnegut," Lew told the sizable crowd, "I am not me." Then he launched into his Vonnegut-inspired comedy act.

All you have to do is read a few chapters of "Breakfast of Champions" to get his point. The same smart-ass appreciation for societal ironies, the dead-center expressions of truth, the unique revelations that make you ask, "Why didn't I see that before?" --all that sort of thing runs through Vonnegut's works and fuels Lewis's onstage rants, in full-steam at the event last month in Indianapolis. 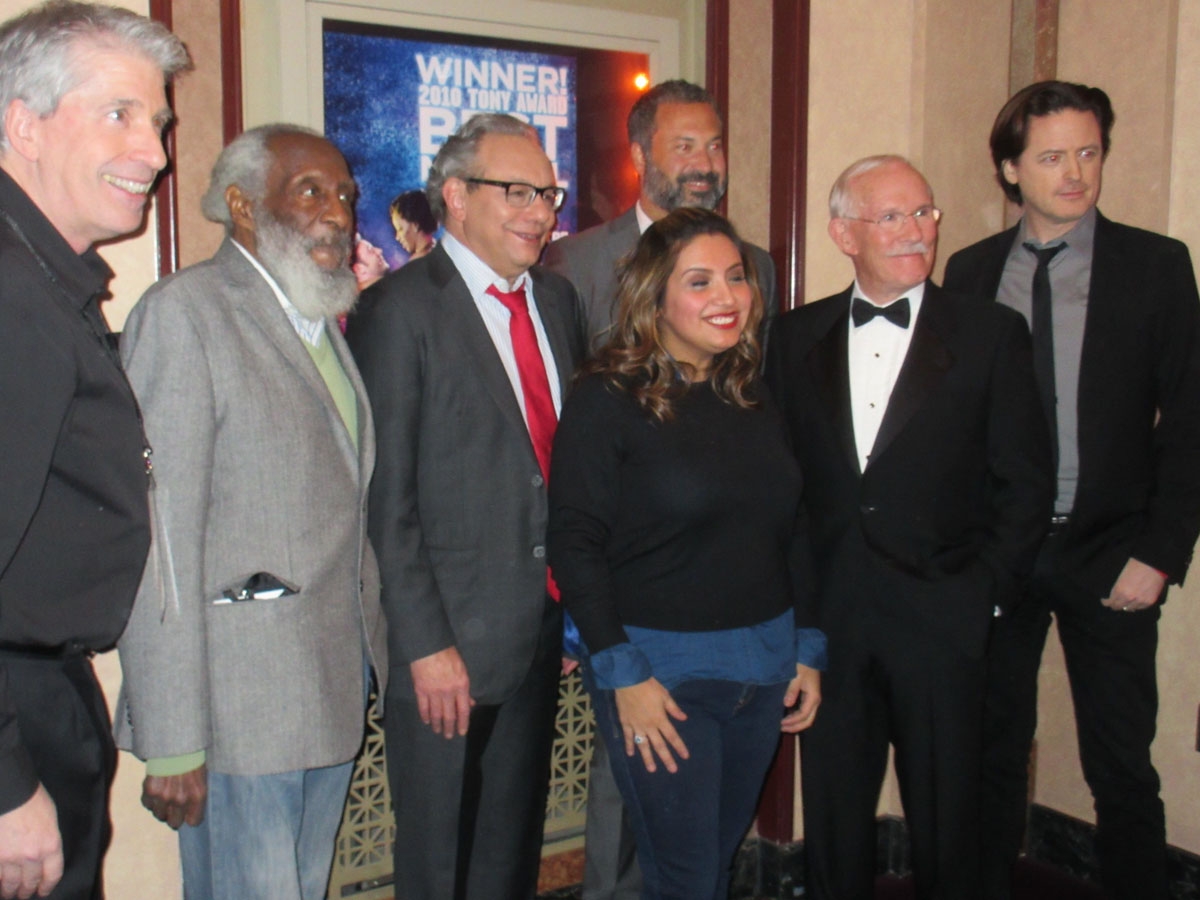 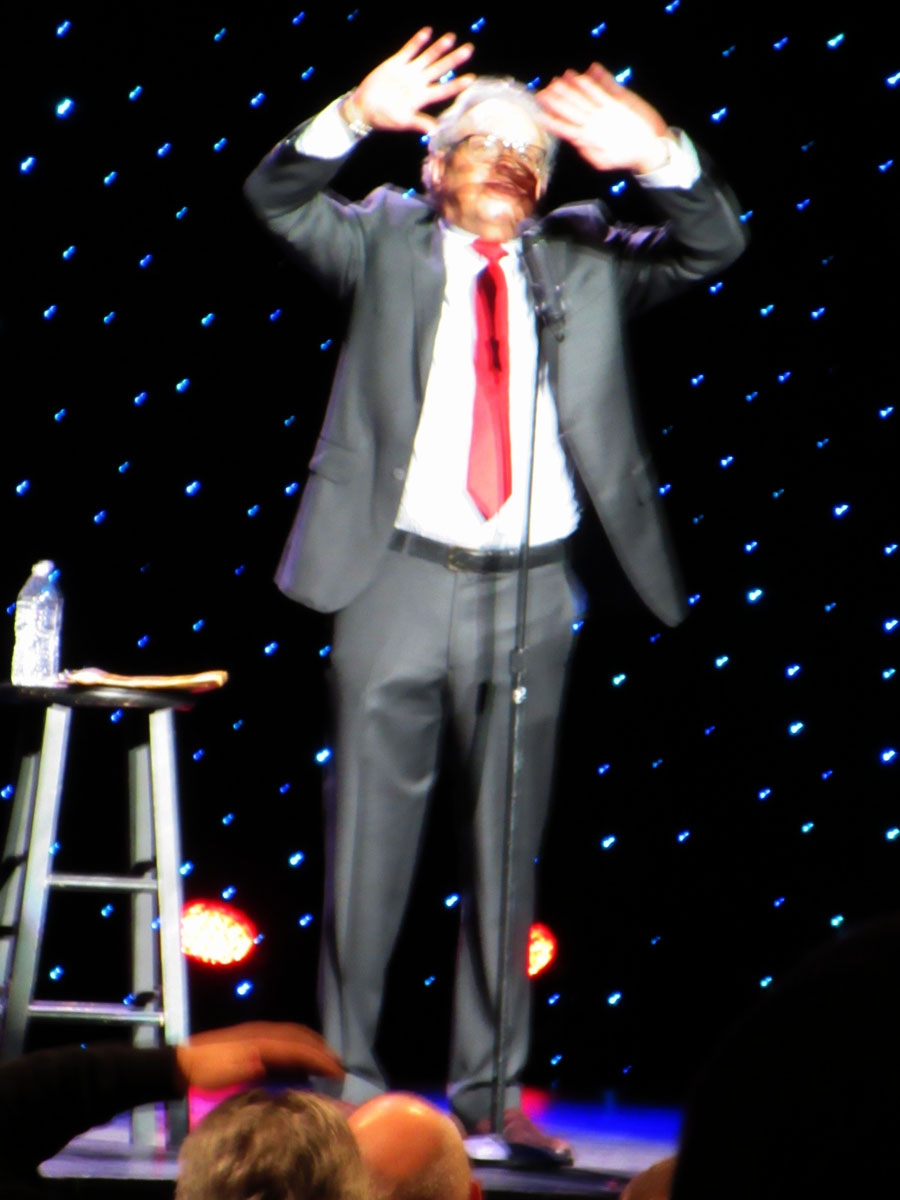 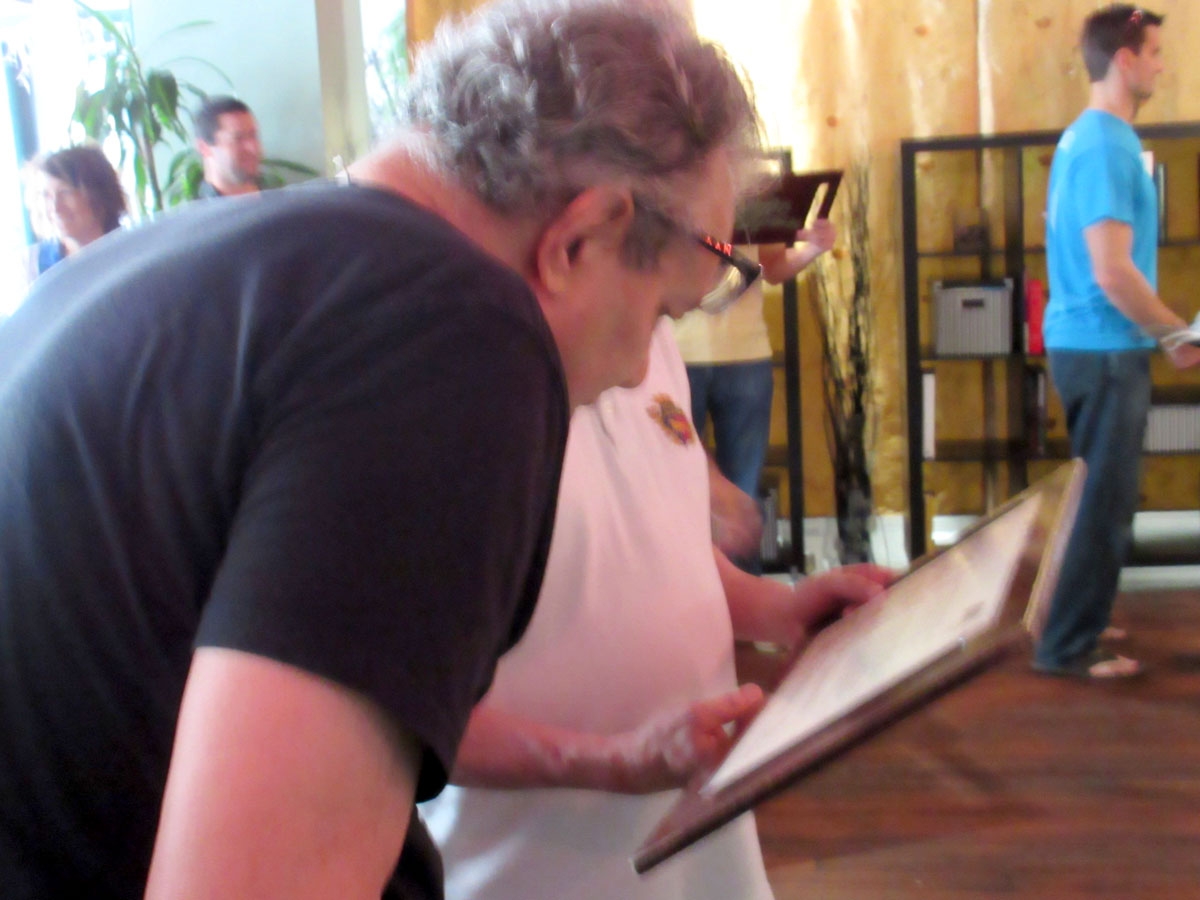 The next weekend, Lewis hosted an event at the Warner Theatre in DC for the Bill of Rights Monument Project, featuring classic performances by Tom Smothers and Dick Gregory, and newer comedians John Fugelsang, Ahmed Ahmed, Cristela Alonzo. Event organizer Chris Bliss opened the show with a mind-blowing juggling act.

Lew spent the next weekend doing some shows in Canada, which I skipped to attend the annual Washington Antiquarian Book Fair, naturally.

And now the rain has started again. We wanted to hit Savannah early for some time to walk around the storied city. We picked up some chow at Olio's in Jacksonville, and took off around noon.

We're at the Johnny Mercer Theatre tonight, then we head to Tampa Bay on the west coast of Florida for Saturday's show, and we wind up the run in Stuart""on the east coast. As Ben put it, we're continuing our way on "the Punching a Hole in the Ozone Tour."

Talk to you later,
Lenny