We're back on the road. Sort of.

Wednesday, the day before we were to meet up in Montgomery, Alabama, we got word that the Bus was stranded in South Carolina with a broken flywheel. And last night, we found out the Bus is down for the whole weekend.

Pretty nice holiday for me, but when I think of all those kids who were hoping for a bobble head for Presidents Day, it makes me sad.

We have a replacement bus, and a temp driver-very nice guy named Sam-but we miss Frank, who's holed up in South Carolina awaiting repairs.

Instead of setting up the Merch Table, which stood glumly empty during the show, I went shopping at the Publix store for provisions, then I got to watch Lew and John do their things before a giant telescreen in the Montgomery Performing Arts Centre-the historic start of the new show: The Emperor's New Clothes-The Naked Truth Tour.

In the course of the evening, John does a savage imitation of Donald Trump, and Lew confesses that the news so insane, it makes it tough for a comedian to be funny.

We drove to Biloxi, Mississippi, after the show, and arrived at 3 a.m. at the Beau Rivage Casino just as a dense fog rolled in from the Gulf.

We had lunch at the casino's Buffet: crawfish etouffe-we were only a few miles from my beloved New Orleans.

Curious existential moment: we saw a couple fans posing for pictures in front of a Lewis Black poster with the actual Lewis Black looking on from a few feet away. 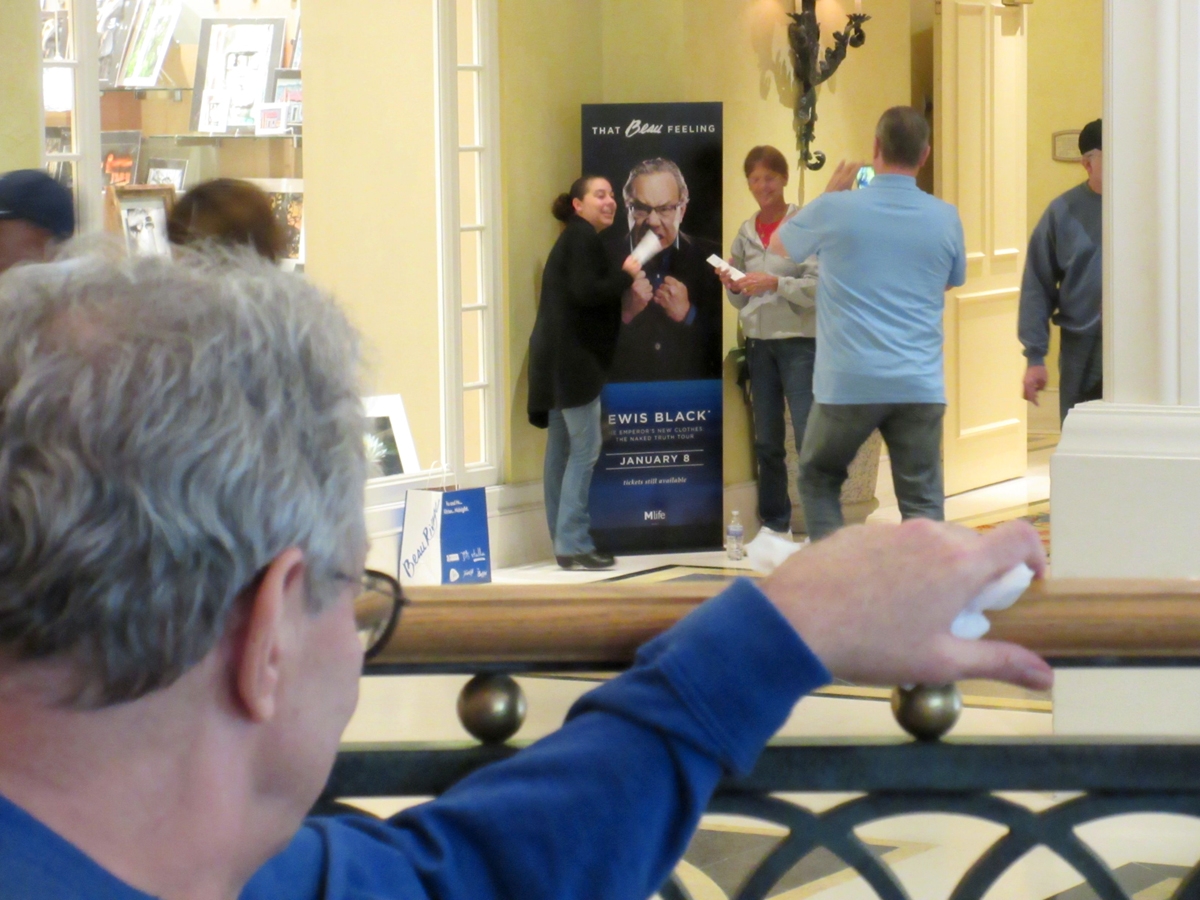 With little to do, I caught up on my sleep and some episodes of "Bones" on cable. Later, I got to see the whole show from the audience, which I haven't done in years.

You can still catch the last 20 minutes of it on your computer by logging on to therantisdue.com, and don't hold back-we're always looking for commentary from the home audience, which you can submit online. Lewis read a great one on the Star Wars frenzy from a fan who concluded that we ought to spend less time obsessing over the movie and more time enjoying our own planet, while we still have one to appreciate.

After the show, we had a great dinner in the casino's steak house. And this afternoon, we took off across Mississippi and Lousiana. 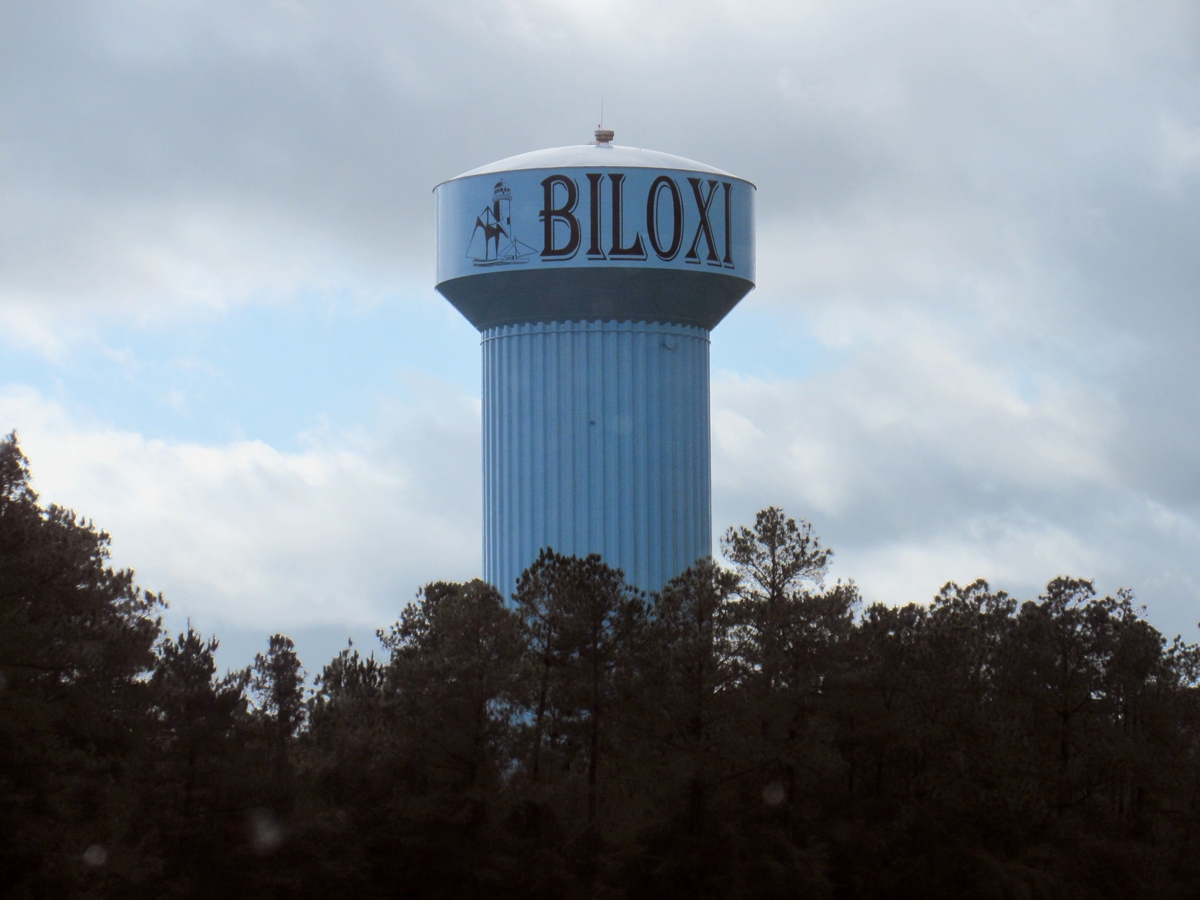