...In Colorado (was John Denver forecasting the legalization of pot when he wrote that song?).

Sorry I've taken so long to write. Since we last talked, the Bus took a turn close to home for the show in Baltimore. I met up with my former colleague from the old Sentinel paper, Nancy Scales, and we had a nice chat. Marc Nathan and his wife Shelly were there, too. Marc was the Baltimore Bird back in the '80s and '90s, and is now the impresario who runs the Baltimore Comicon and a great store up in west Baltimore. 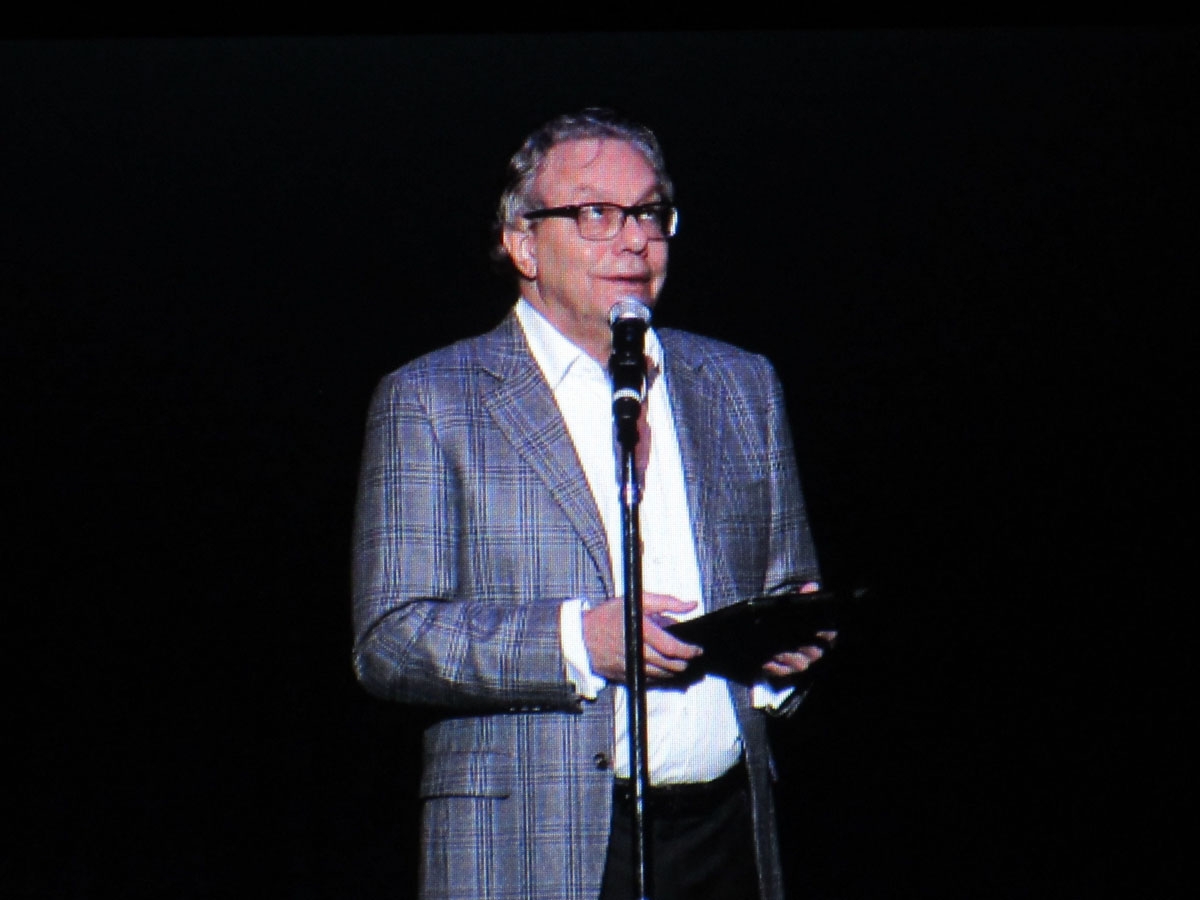 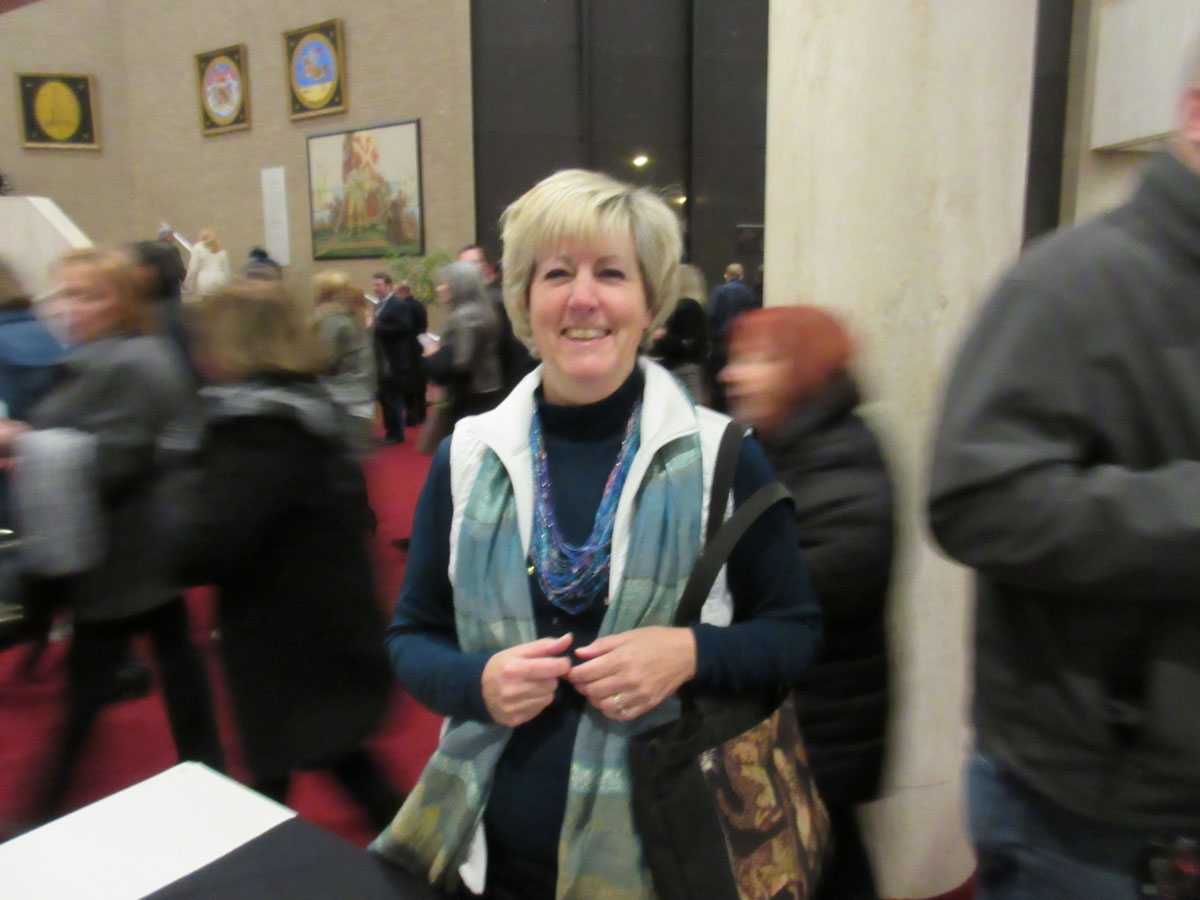 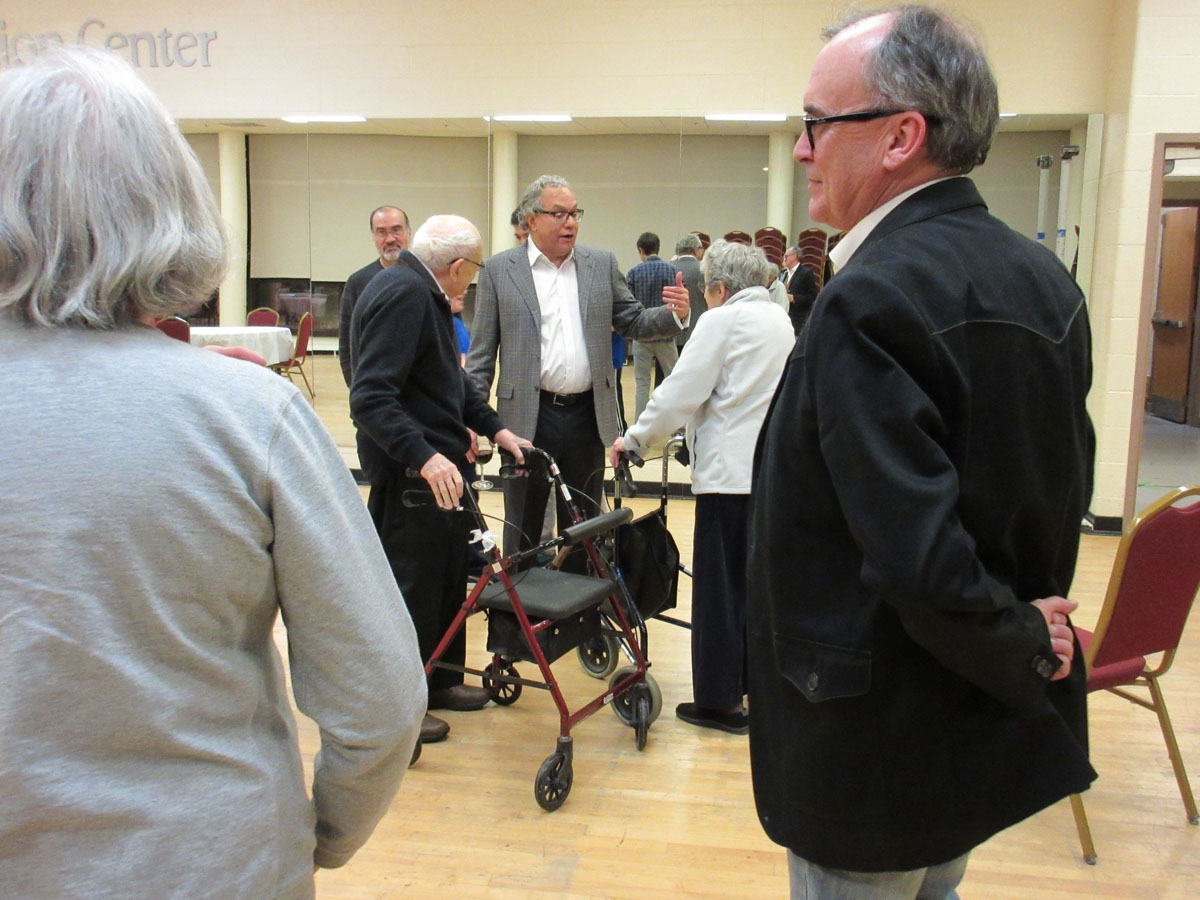 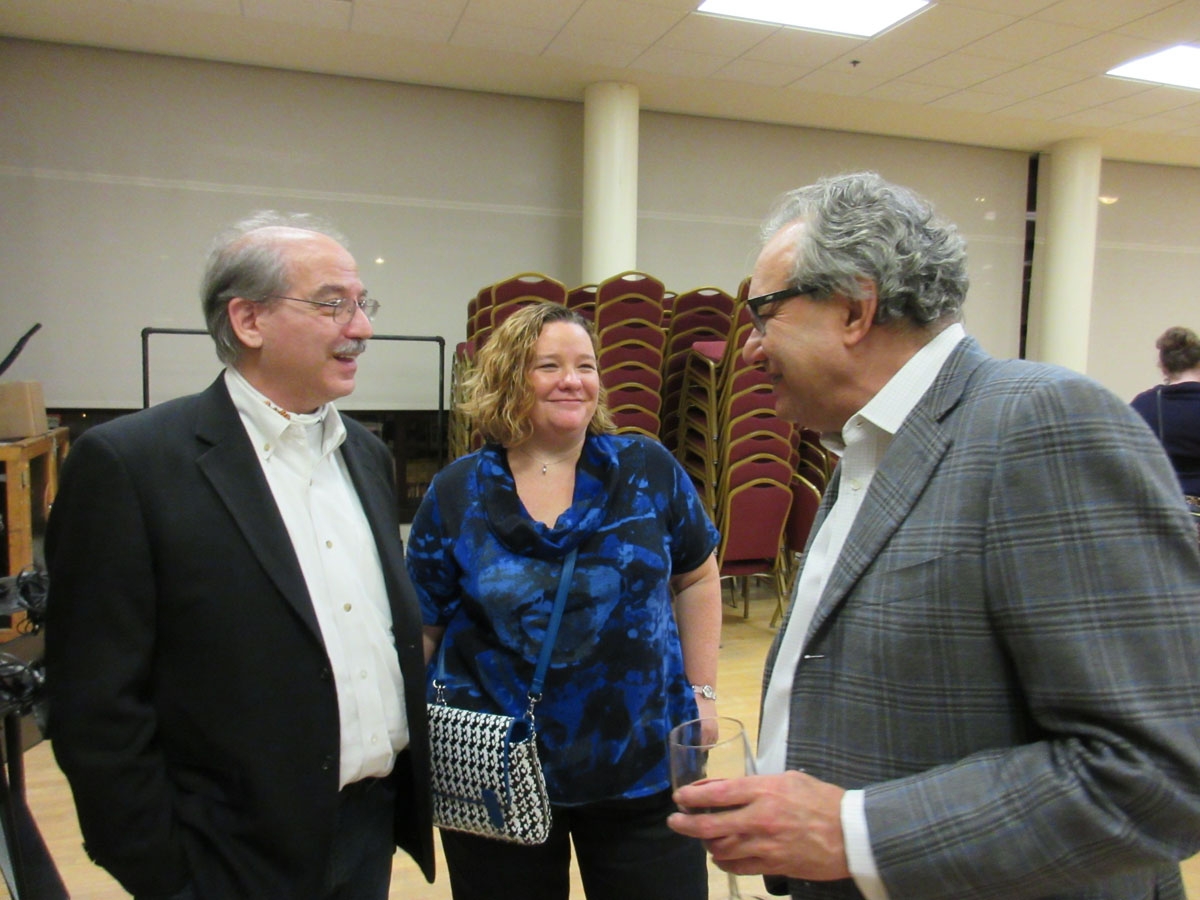 I knocked off early that night at the Lyric Theatre and got to see Lew onstage, and joined the get-together with his parents (you can see Lewis holding court with them in that shot with John in the foreground). Willie Reale, Lew's good friend, and his two sons rode with us to Baltimore from Jersey last week. Willie's had a sterling screen-writing career, and is currently writing "Blue Bloods" for CBS.

We shot up to Hershey next morning-a city filled with kisses. Frank got us through an ice storm back to Secaucus for a couple days at home.

Last weekend, we started out in DeKalb, Illinois. Picked up provisions at a food store named Schnuckers. Got a shot of Lew, James and Frank heading in for snacks.

I spent a lot of time that weekend patching up bobbleheads. My hotel bed looked like George Tookers' haunting painting Sleepers II while I worked. Got them all done-some four cases worth-and sold the last one later in Madison. 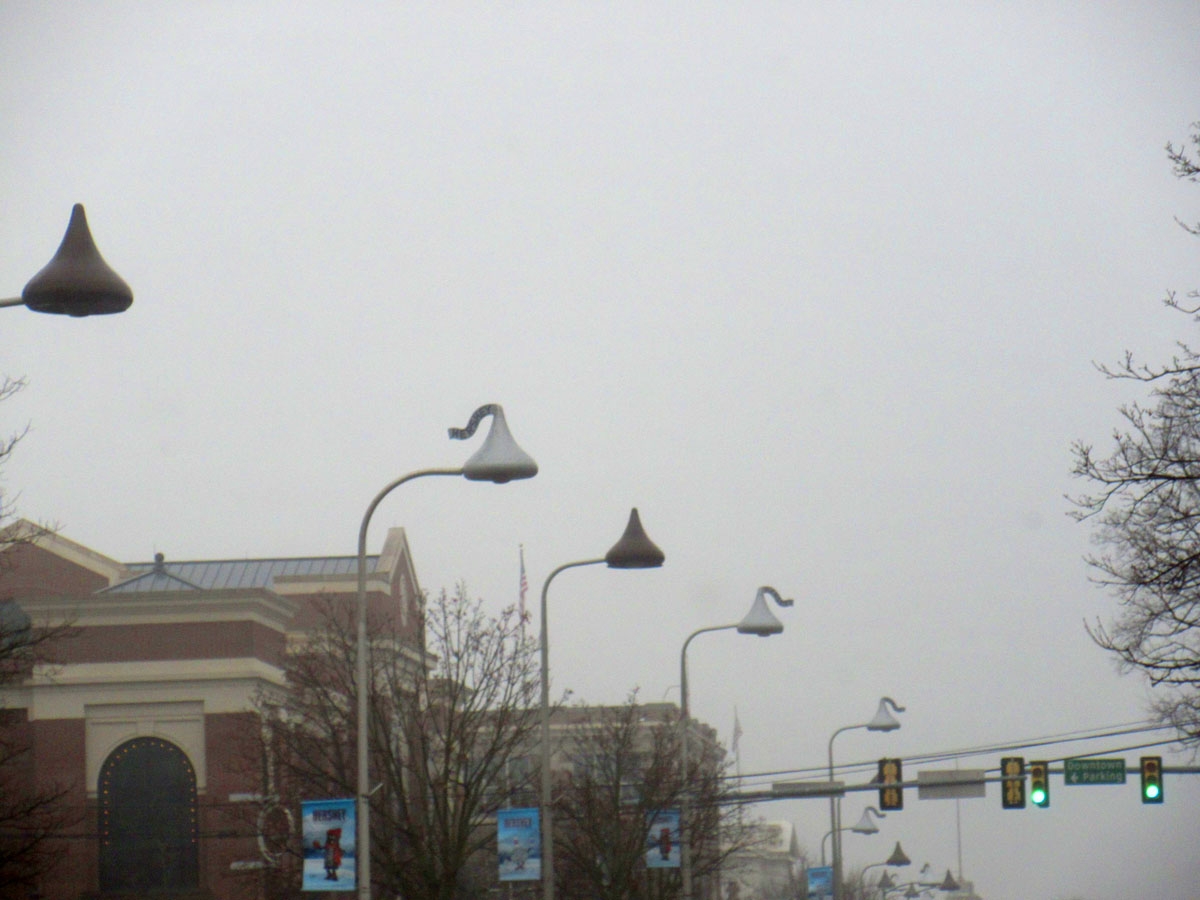 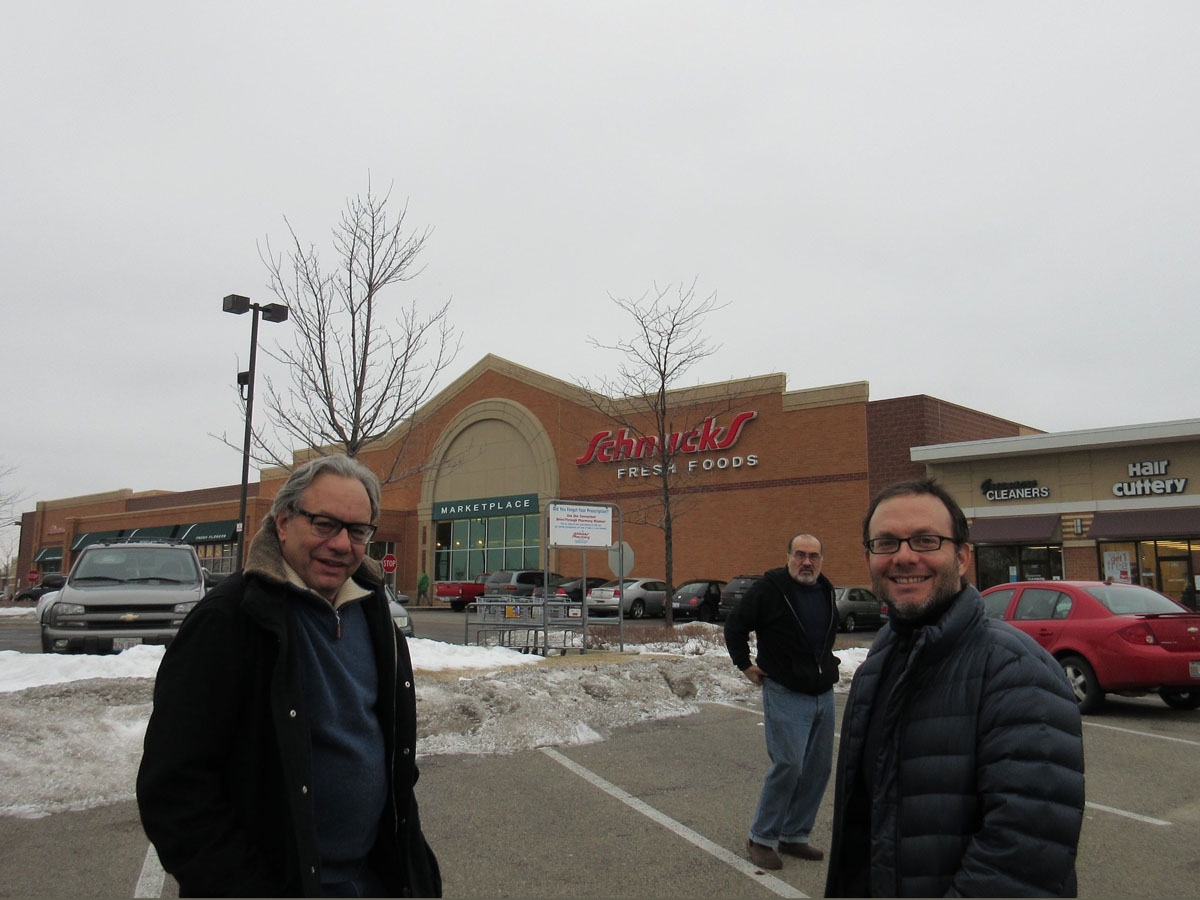 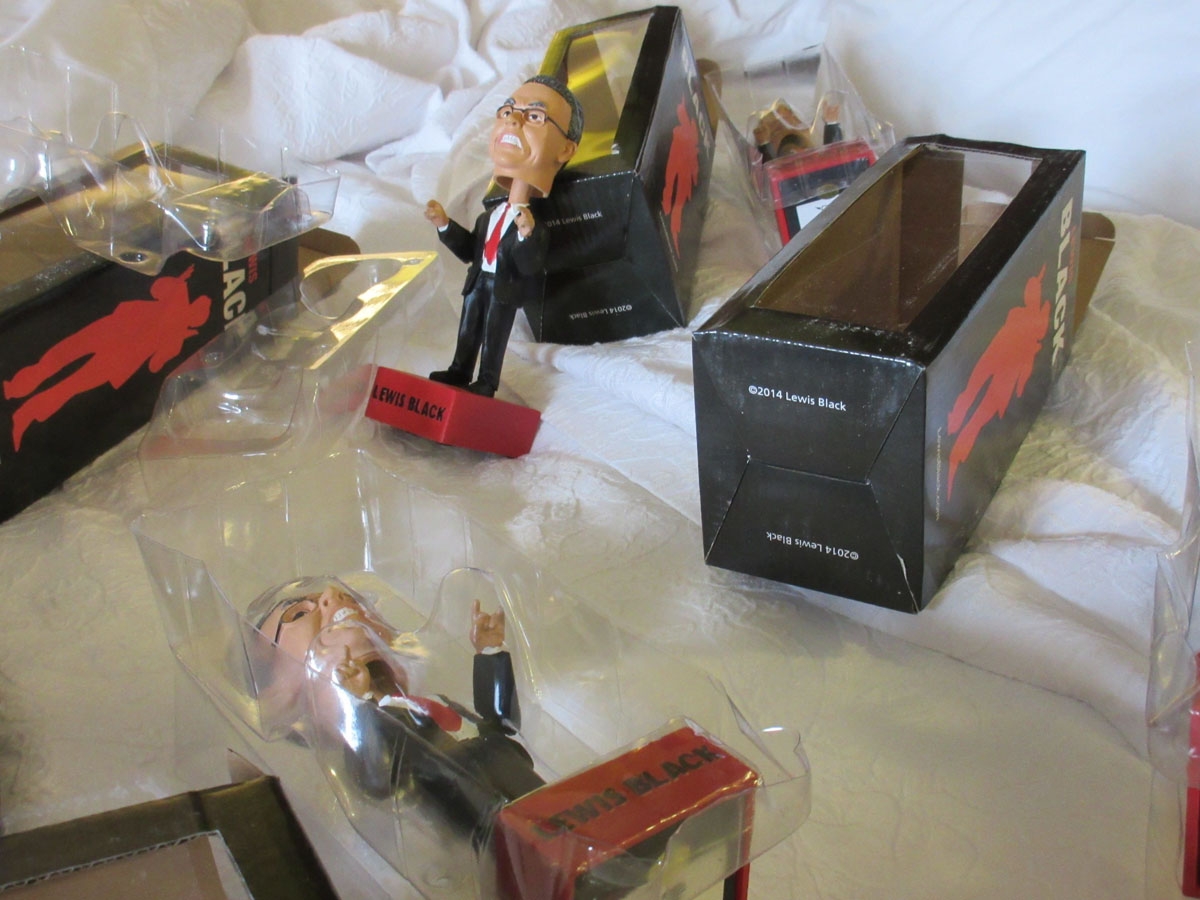 Next stop was Joliet, Illinois, home of the prison in the Blues Brothers. The show took place in the venerable Rialto Square Theatre, built in 1926 (the year Route 66 opened, which swings near the playhouse). There are stories of multiple ghost sightings in the Rialto, but I was too busy to strap on my Ghost Busters zapper, so I suppose the horror will continue. 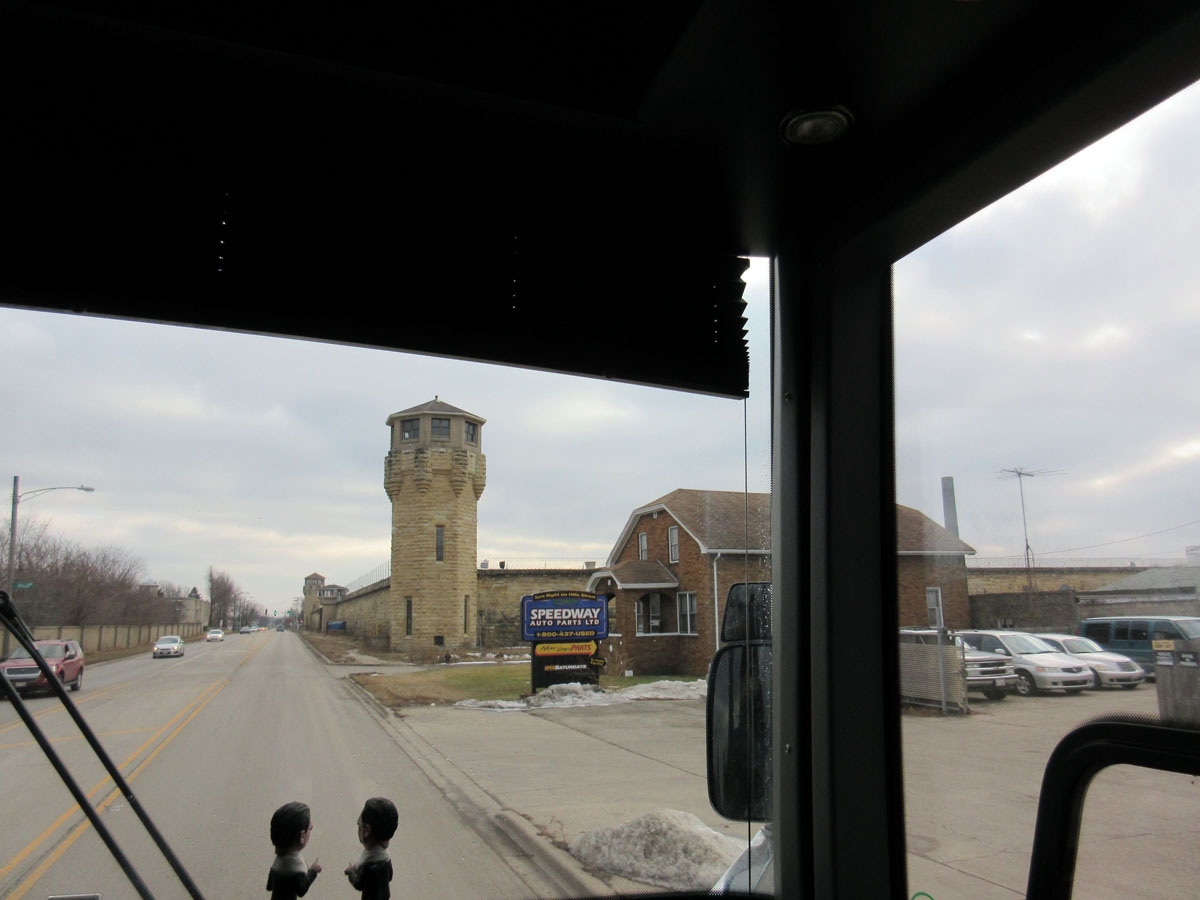 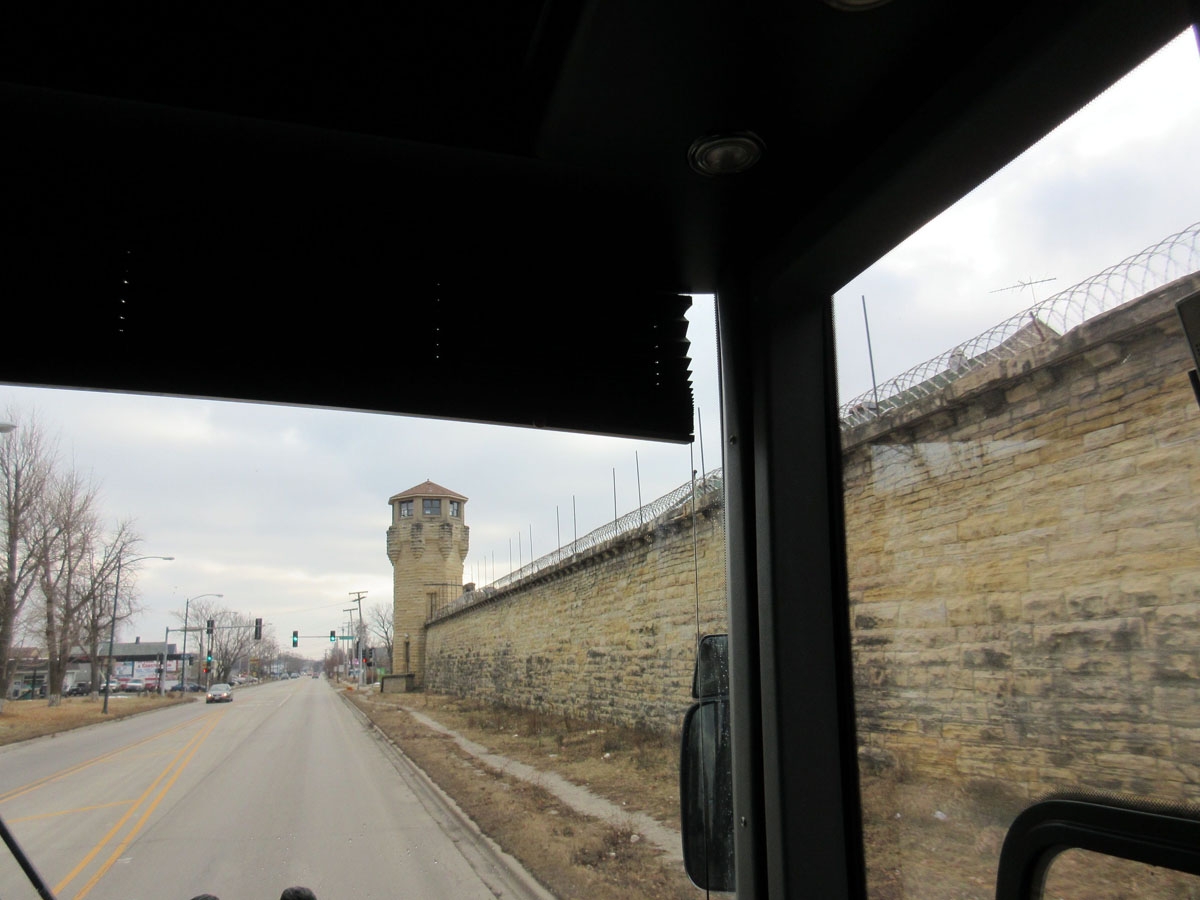 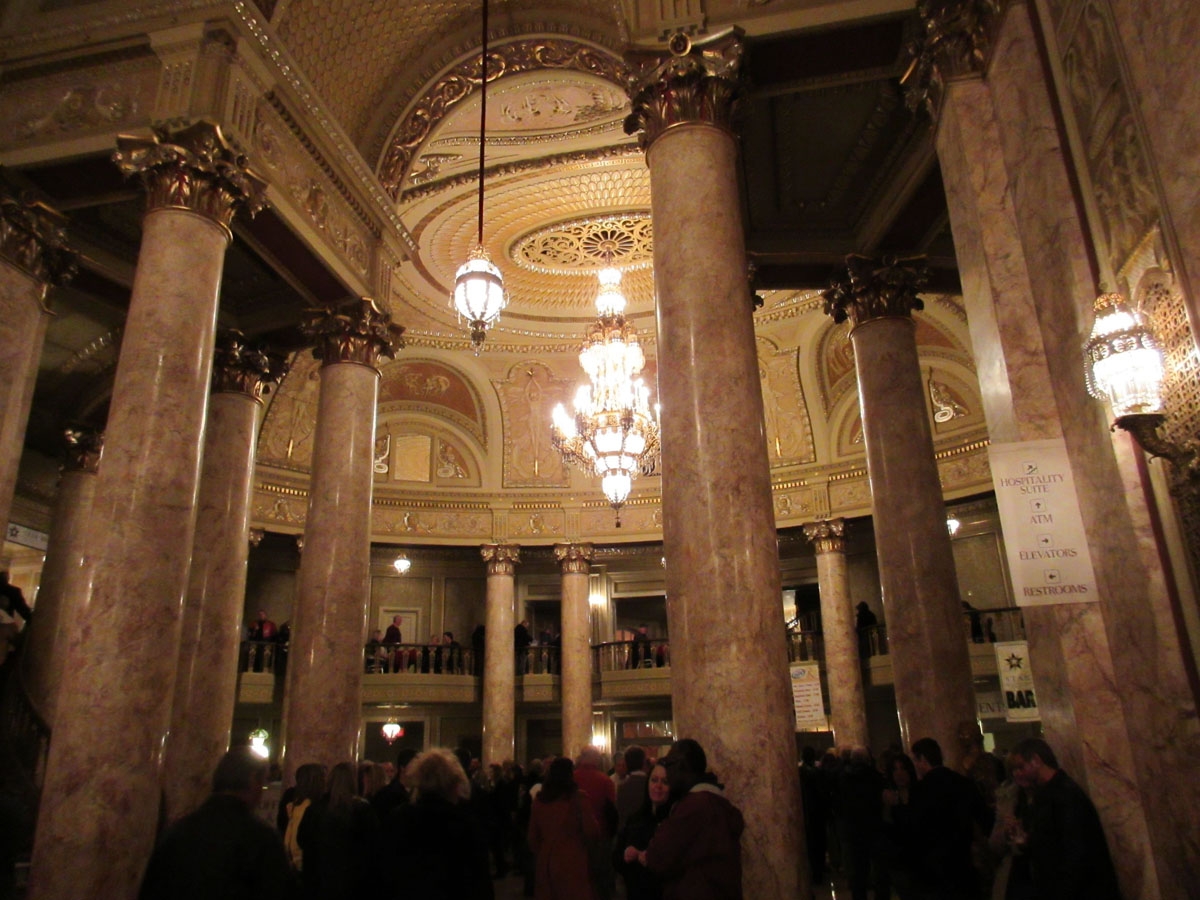 Wound up in Madison, Wisconsin, at another stately old theater, the Orpheum, which has been recently bought and rescued from ruin by a local family.

Next morning, we flew out of Chicago, where Frank had dropped us off. Got my first hair-raising experience of watching them de-ice the plane in the midst of a fairly heavy snowstorm. We survived. 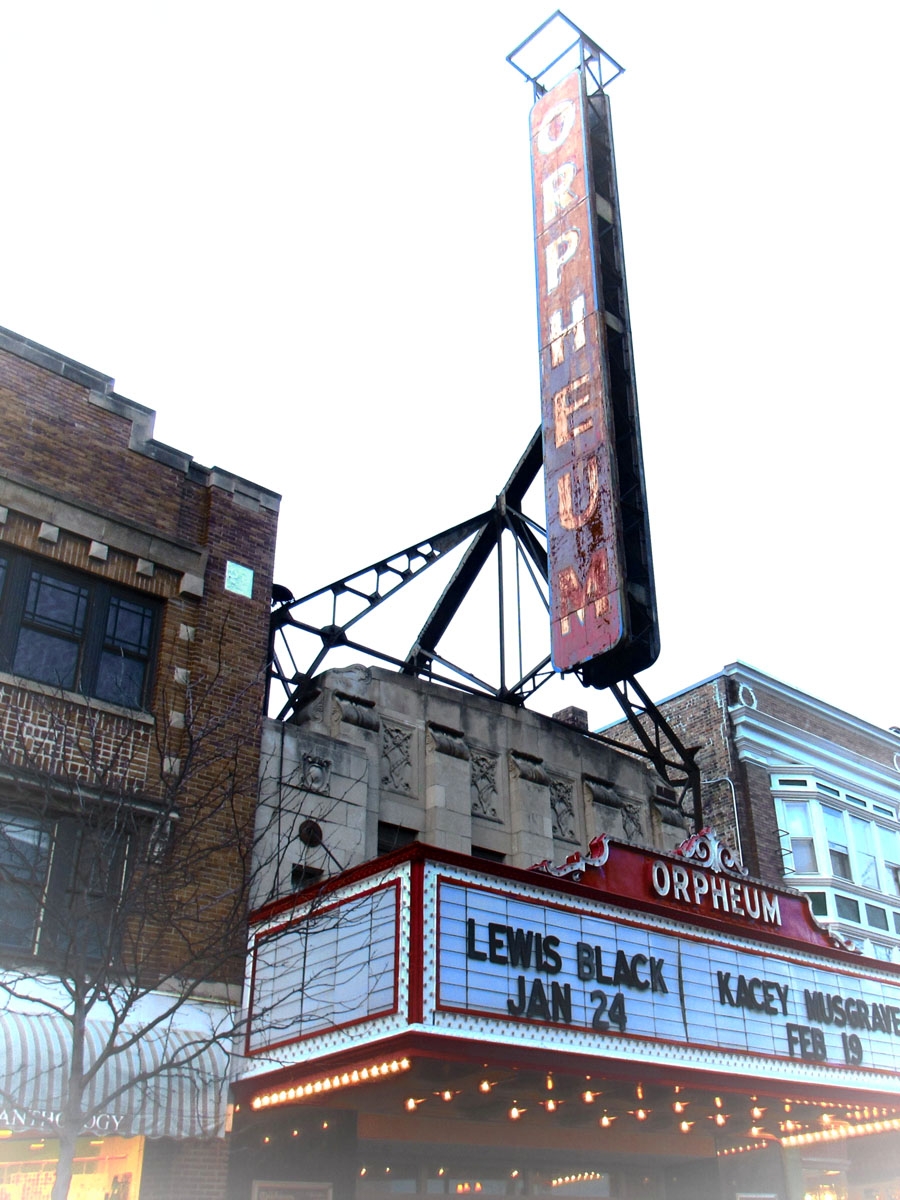 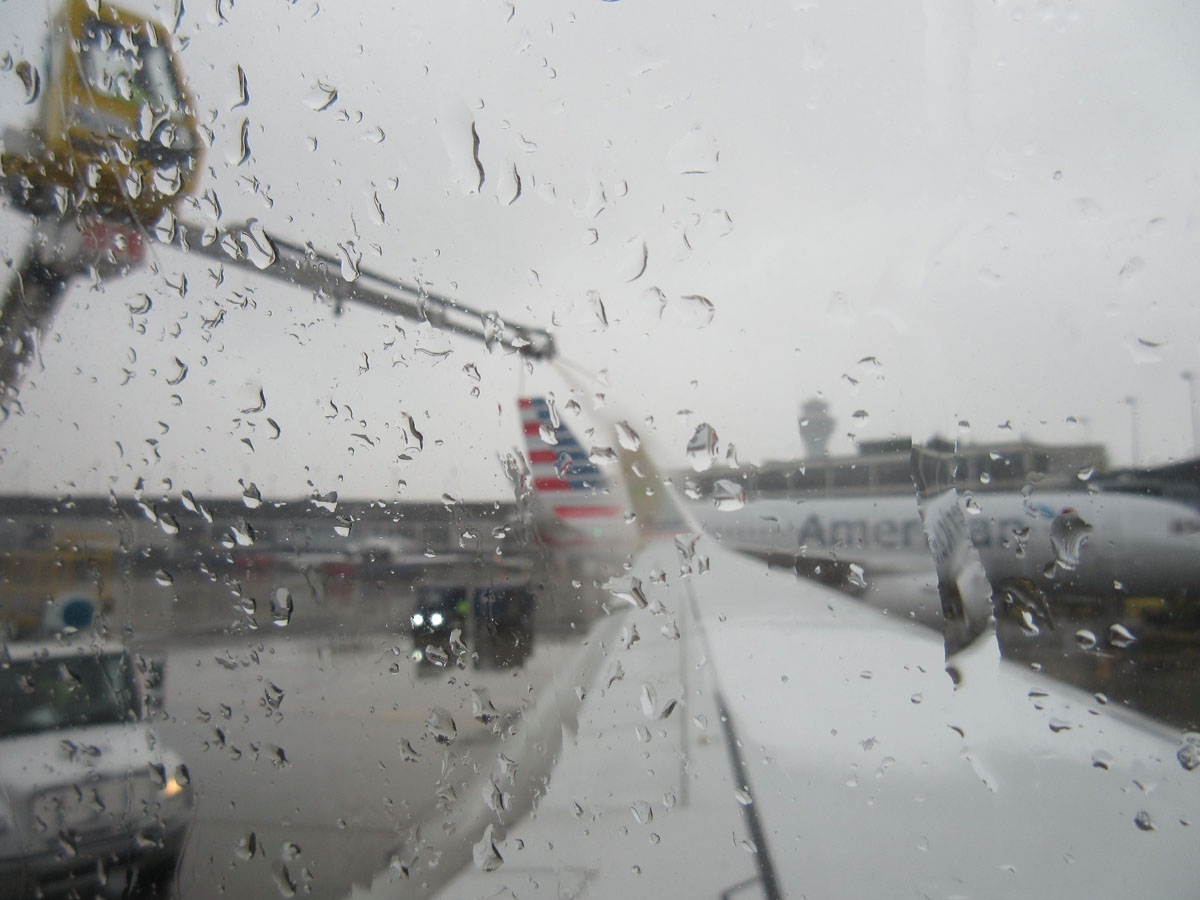 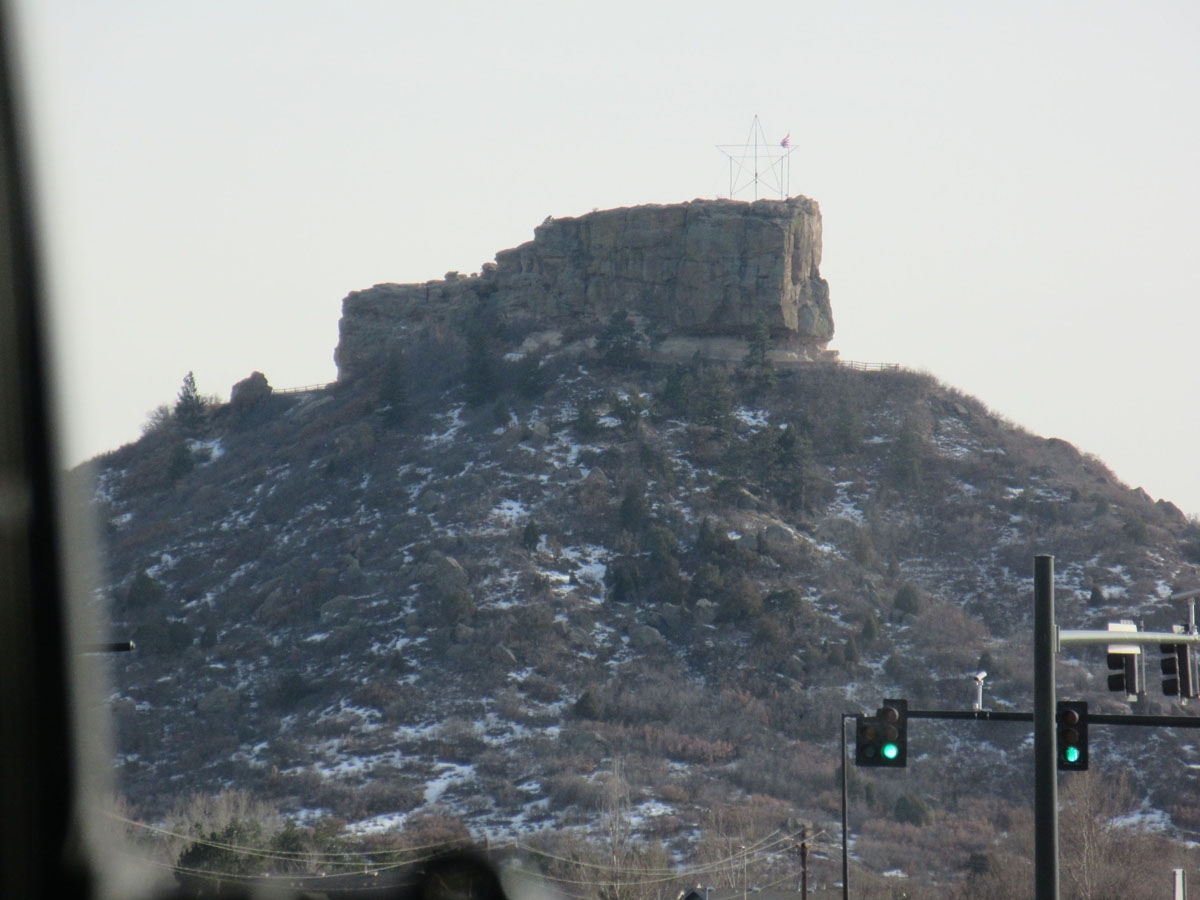 Actually, that wasn't so hair-raising as my flight OUT this week from National, on my way to Colorado. The landing gear was screwed up, and we had to wait for more than 6 hours in the terminal before our 4-hour flight to Denver. Good times. Good times. This, after having to pay $30 bucks for the privilege of carrying my roller bag aboard. Frontier also charges for ANYthing on board, other than water. Their motto (no kidding) is "Low fares done right."

Our first show was at a theater in Colorado Springs, past a natural curiosity called Castle Rock.

I visited the Book Warehouse across from the theater, and visited with Pages, one of the lovely cats that inhabit the place.

Lew signed a few copies of his play One Slight Hitch for the fans. Somewhat ironic, since it was in Colorado Springs where Lewis tried to start a theater back in the '70s with a group of friends, including Jeff Davis who went on to found the successful Round House Theatre in Maryland. That was more successful than the Homestead Arts Theatre. Lew, along with Cliff Figallo, Dave Hilberg and others nearly froze to death before they could raise the money to bug out of there. 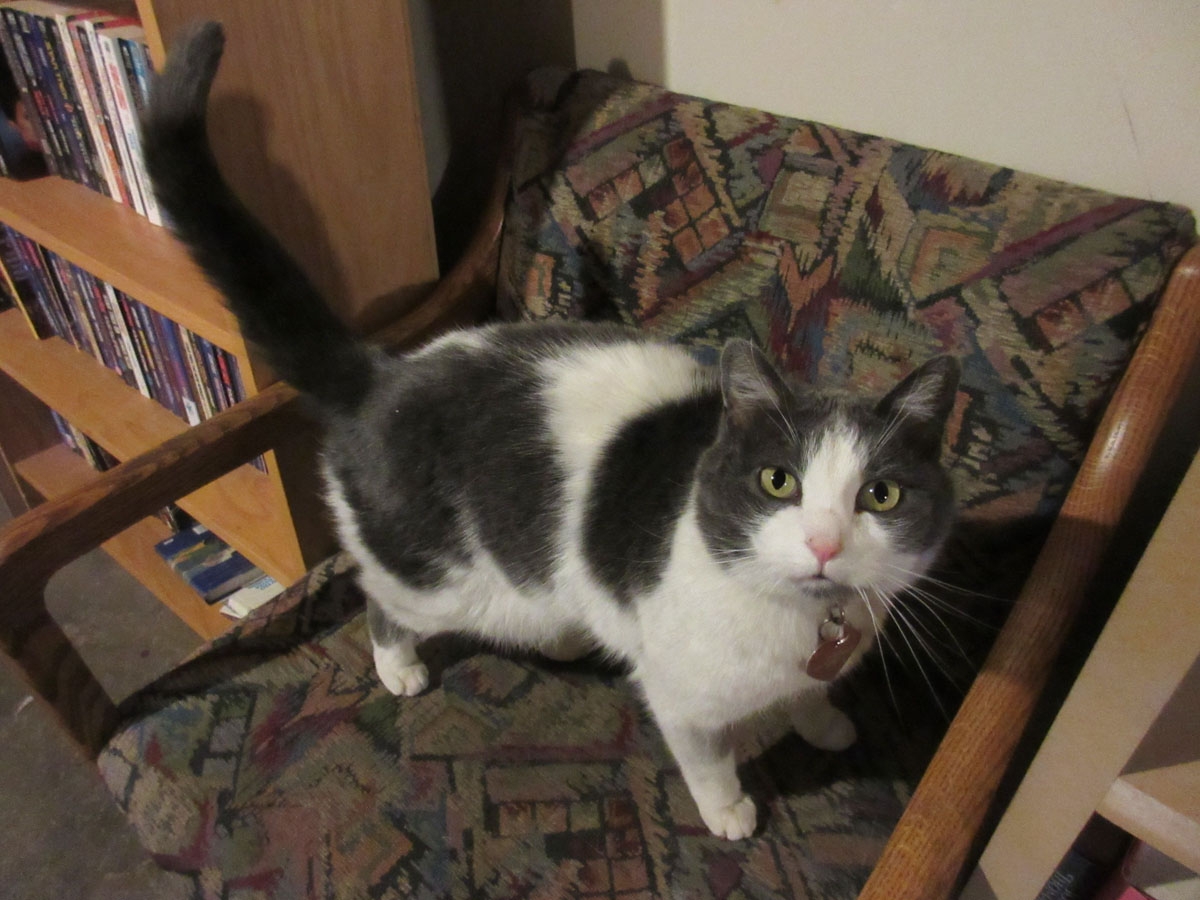 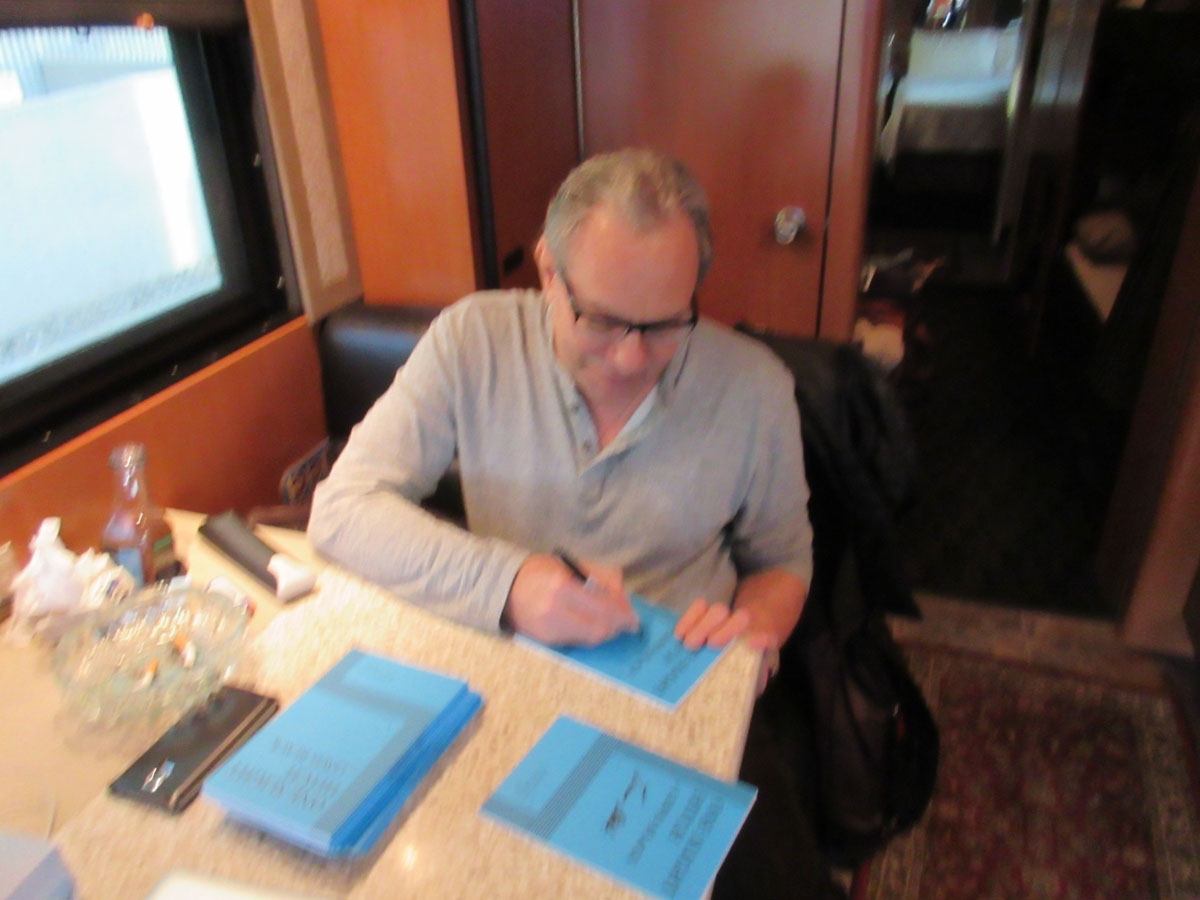 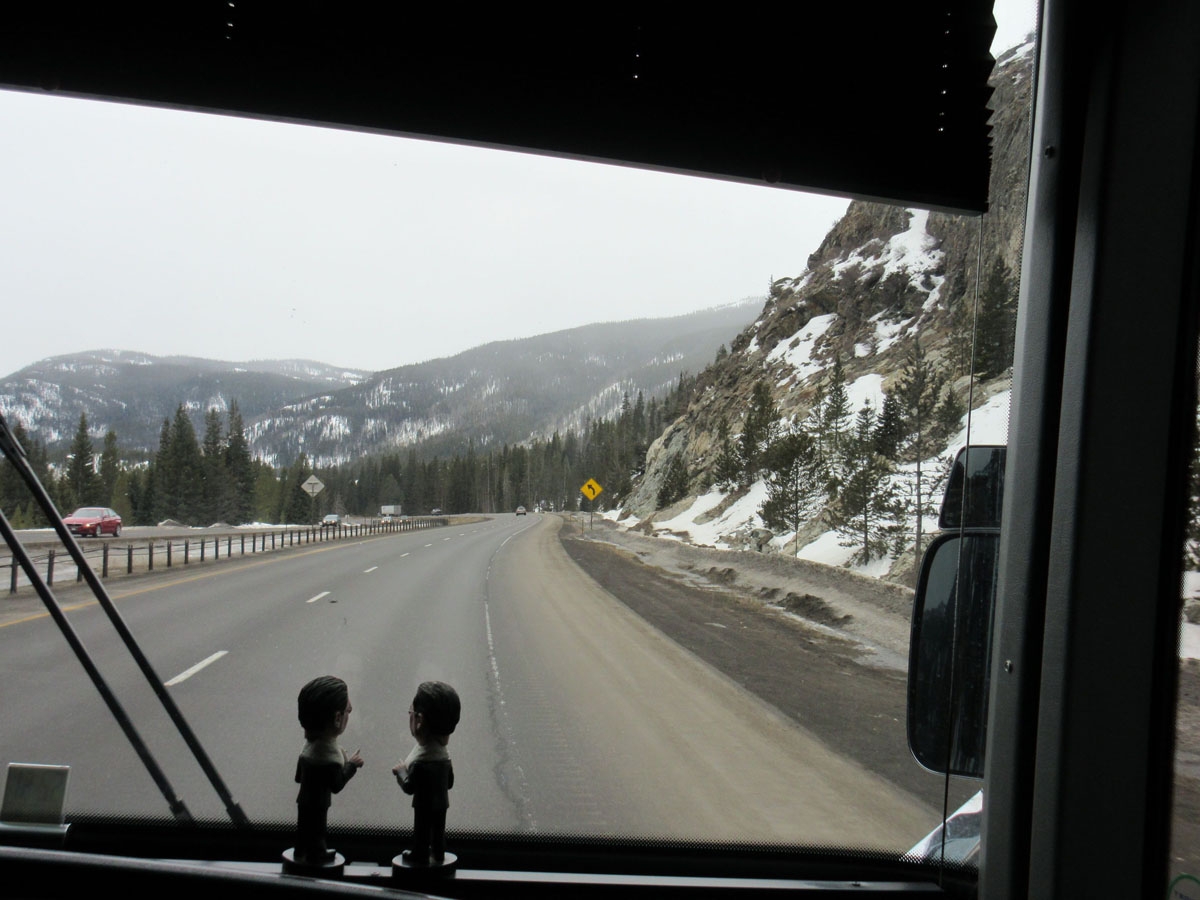 Another night in Denver, then WE bugged out for Aspen. We're making our way up the snow-covered mountains ahead of a small snow storm that should hit later.

If we make it back, I'll write later.