How long has it been?

Last time we talked, it was May, and the Tour was winding down. Now we're in the throes of another Big Adventure. We're rolling up and down the winding the I-5, just approaching the grand volcano Mount Rainier. Earlier this morning, we left Oregon, where we had spectacular views of the north woods and Mount Shasta when we came up from California, and we saw Mount Hood today as we crossed into Washington. 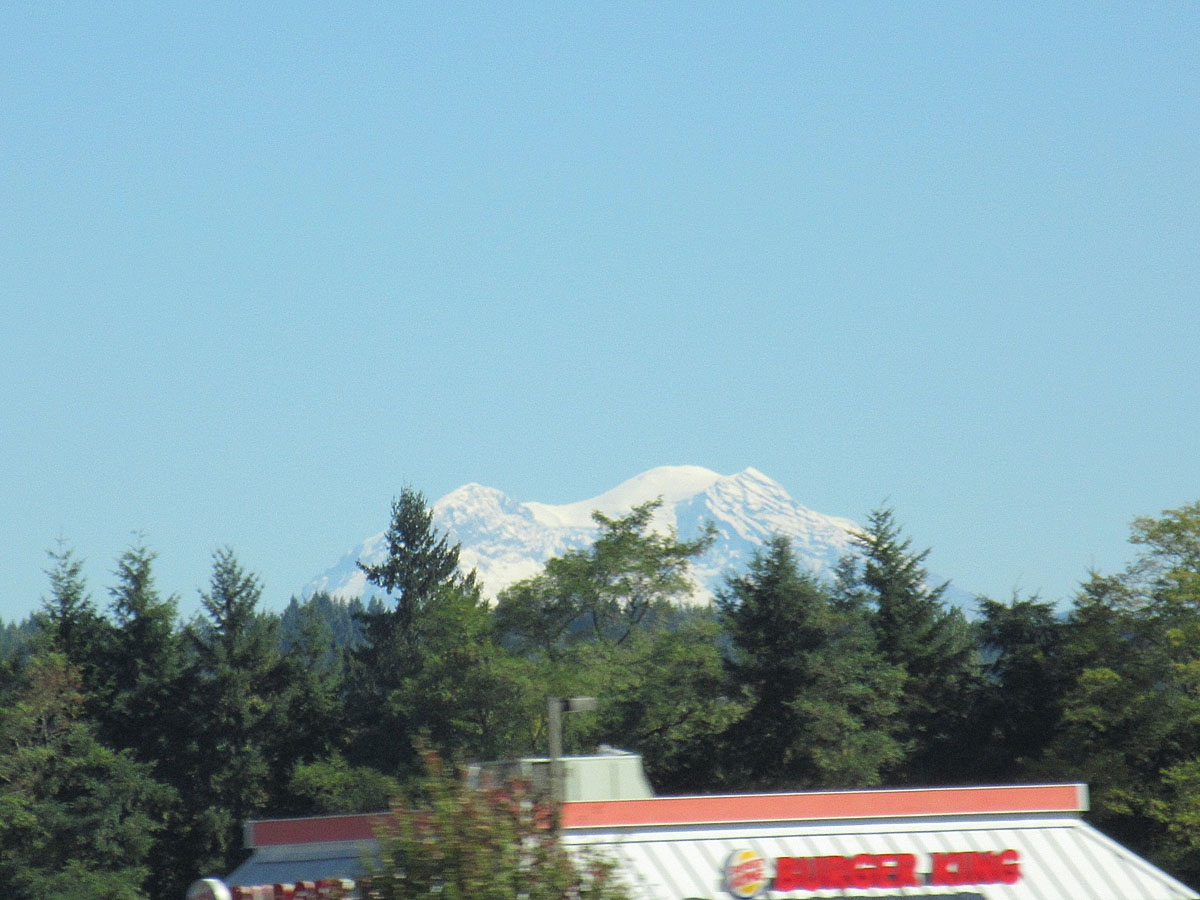 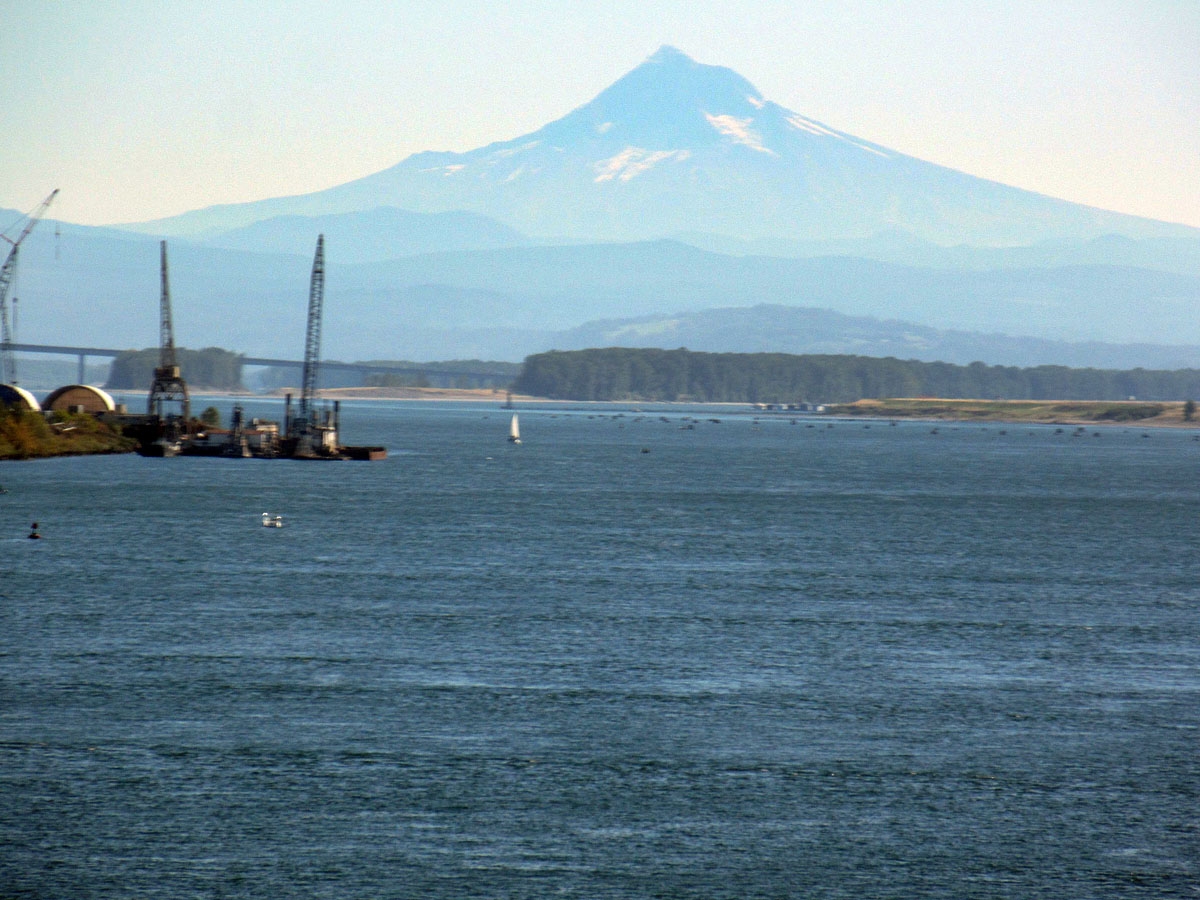 Forgive the quaity of my photos-tough to get a clear shot with one hand at 70 miles per hour, but I think you can make out Mount Rainier just beyond the Burger King off the highway. 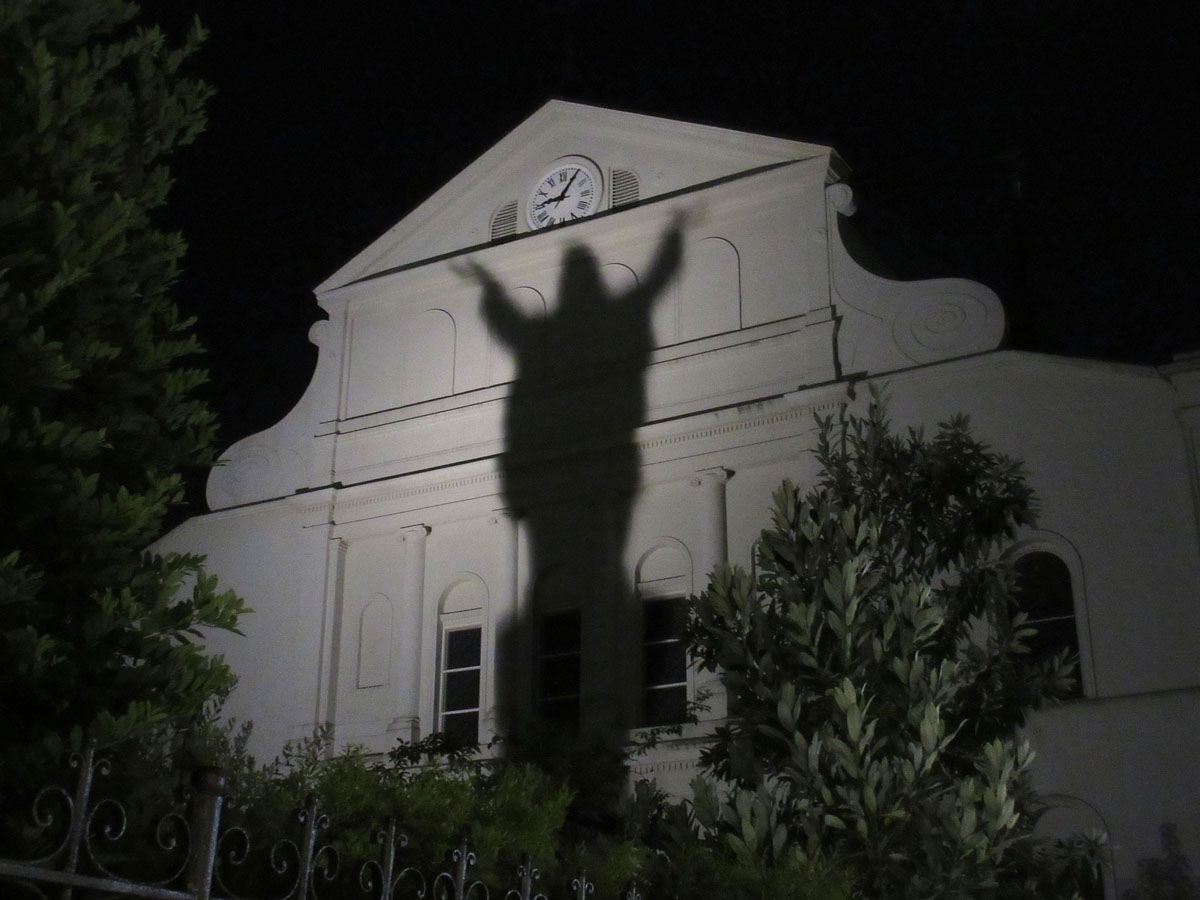 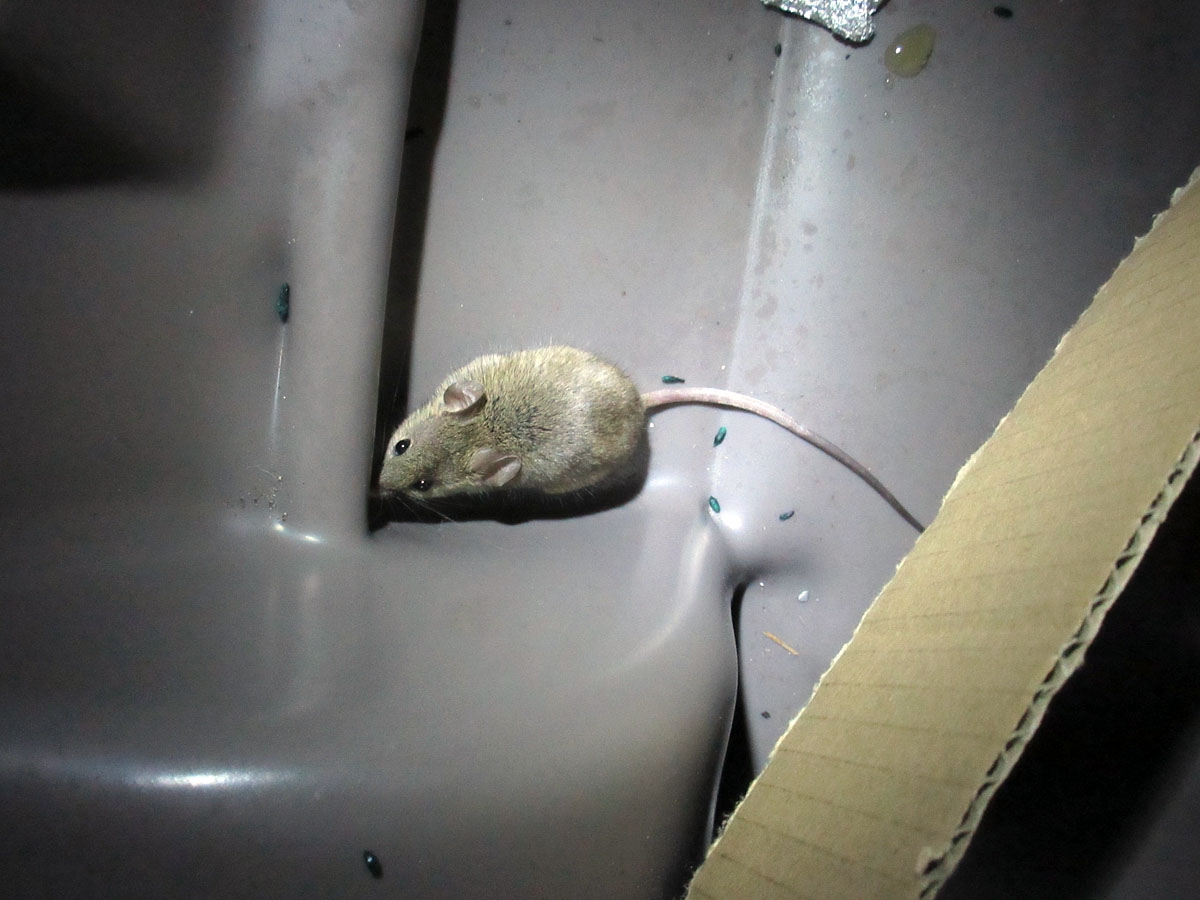 During the break, I made two fantastic trips to New Orleans (check out "Touchdown Jesus" on the back of the Cathedral), had my entire house painted, hosted a fine movie party and caught a mouse in my kitchen that I had stalked for weeks. I drove him to Riverdale in the giant trash receptacle I finally caught him in.

I joined the Circus Train a couple weeks ago, when we converged in California. First stop was Saratoga at an outdoor venue where the temperature reached 100 degrees.

The entire state is burning up (often literally), and everything is parched and brown except the redwoods.

Next show was at the Wells Fargo Center (formerly the Luther Burbank), where Tommy Smothers appeared onstage for a short gig, then did a great interview with Lew, which was broadcast over Ben and James's satellite system. 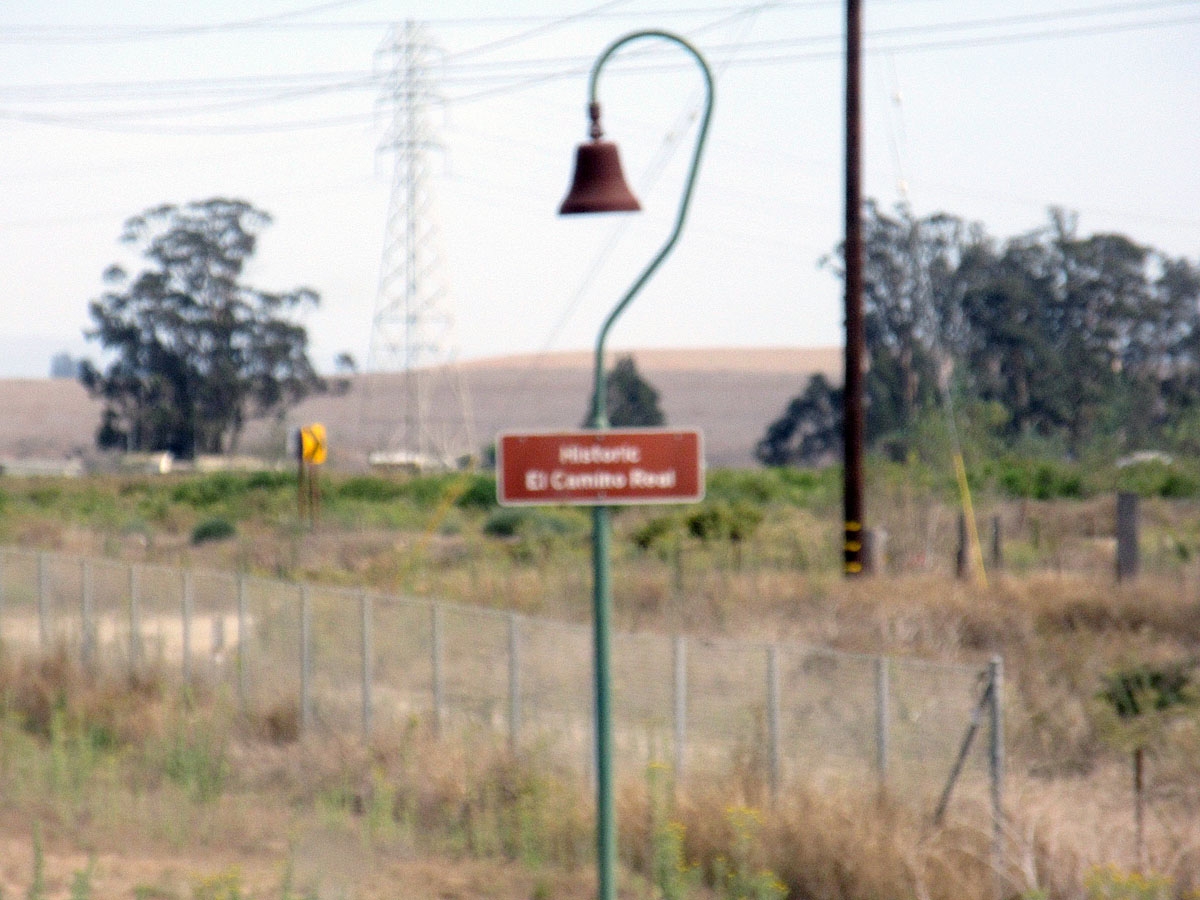 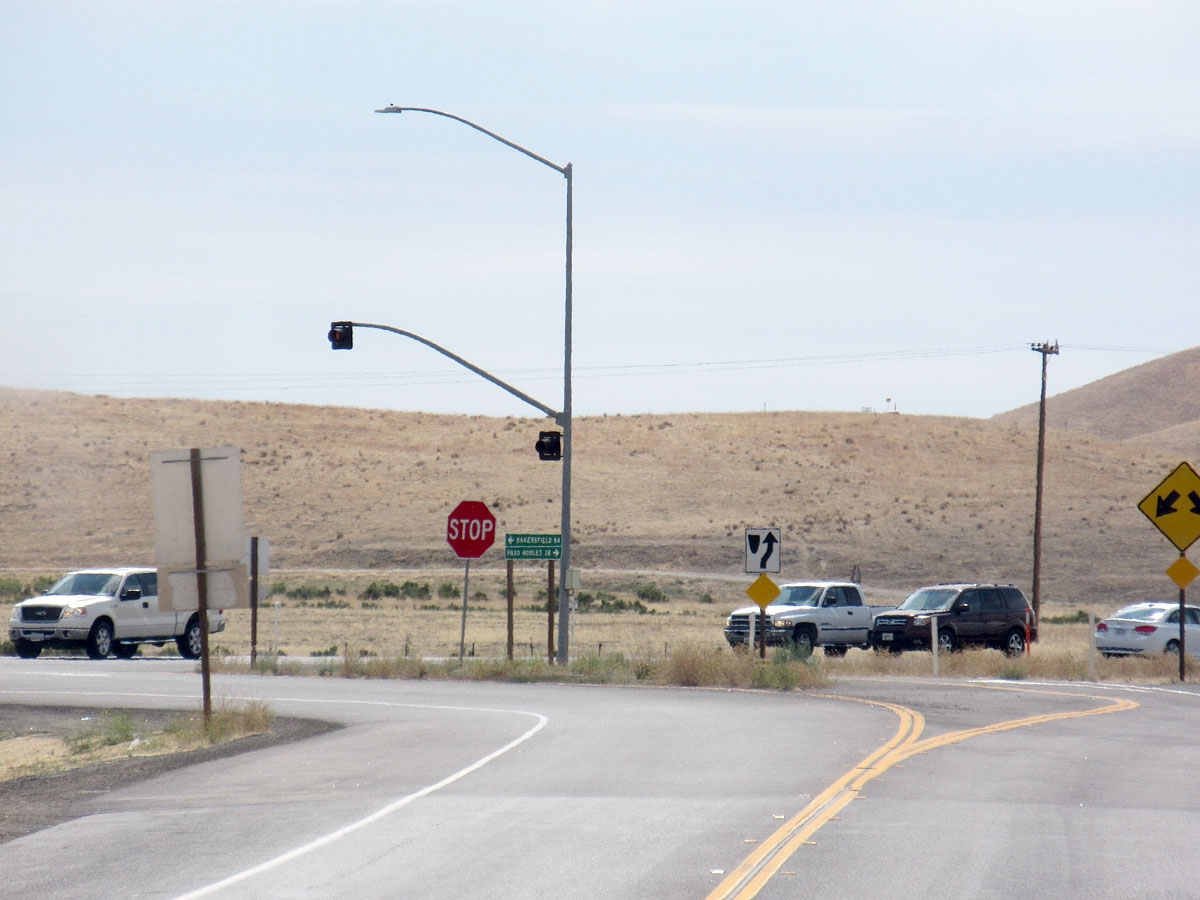 We cruised south next day, past the intersection where James Dean died, then down the 101, past those cool mission bells marking the "Camino Real," and I tried catching every one I saw with my camera-abit like skeet-shooting at 70.

We hit Santa Barbara that night, then ended the tour at Riverside.

I took another weekend off, while the boys did a couple shows down Arizona way, then last Thursday, I flew into San Francisco, and caught the Bus once again. The weekend started ominously with a depressing Redskins loss Thursday night to the Giants. And things are looking scary for the Saints right now, with Drew Brees injured and McCown throwing an interception with a minute left to play.

We started in Medford-seriously, one of our favorite towns. Great people, wild audiences and a classy operation at the Ginger Rogers Theater. Last night, we did the Elsinore Theater in Salem. Another fine place. And if you're not tuning into therantisdue.com to watch Lewis's Q and A, you're missing some of the funniest comedy you'll never see on TV.